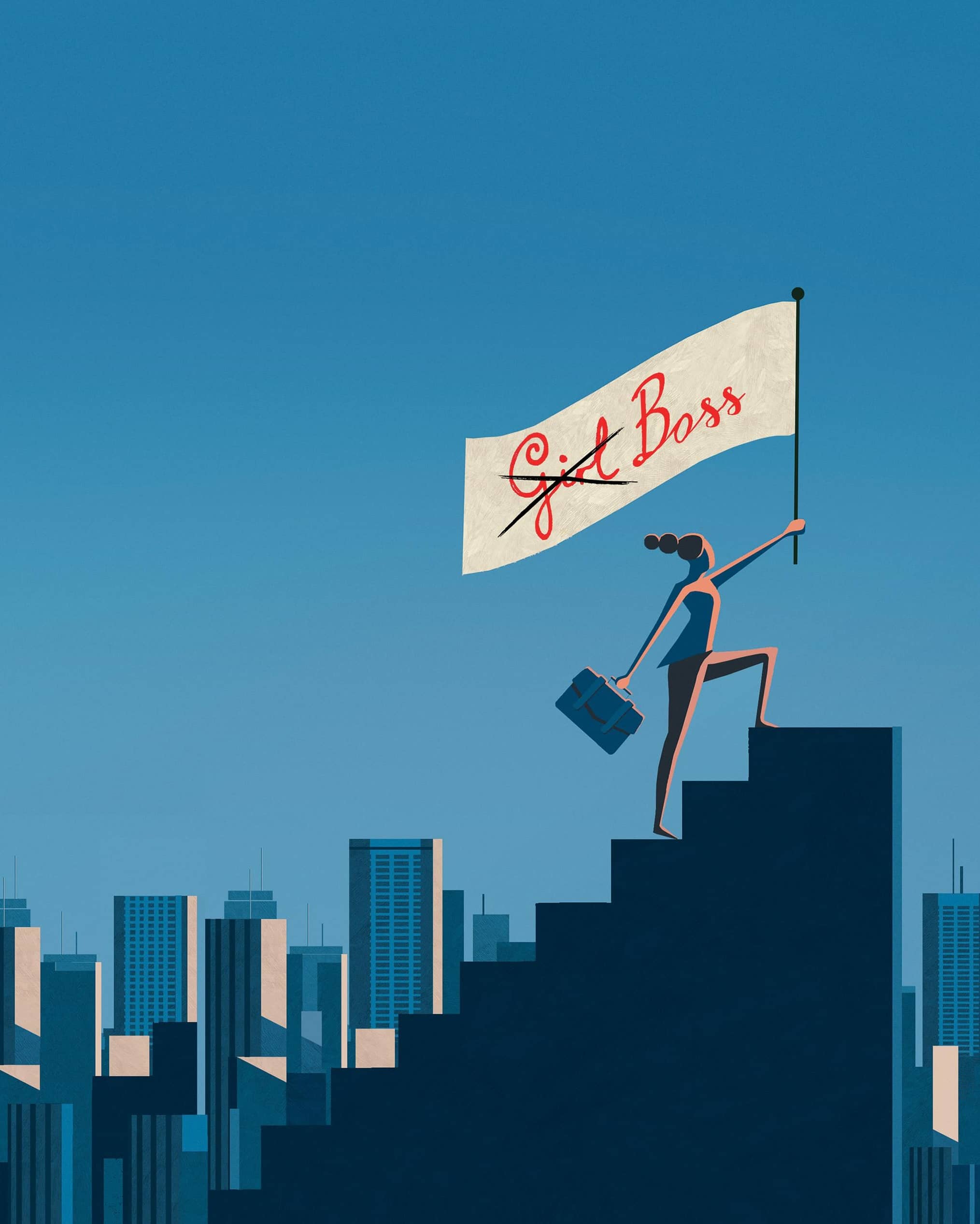 Four years ago, Alyson Saxe ran into an old friend at Costco, who—upon learning Saxe had children—inquired whether she worked outside the home. Saxe explained that she’d founded a PR agency. “My friend said, ‘How great! You’re a mompreneur!’ ” recalls Saxe. “ ‘You get to work and have time for your kids and family!’ ”

Saxe was surprised her friend made that distinction. The term mompreneur, she believed, bore the whiff of ambition sacrificed to work-life balance. “It’s like I’m being bucketed into this category of a person who is just trying to keep her foot in the door and earn a little money,” says Saxe, who recently raised north of $2 million for her second company, the brand-management platform IrisPR, based in Phoenix. “I work every bit as hard as male entrepreneurs.

“I am not a mompreneur,” says Saxe. “I am a mother. And I am an entrepreneur.”

Business language—like much other language—is de-gendering. Chairperson.Salesperson. Key person. The word entrepreneuress never existed, thank goodness. But if it had, it too would be gone. Yet, at the same time, some women founders are embracing female-forward descriptors, like mompreneur, and titles (boss lady, girl boss, boss babe, she-E-O) as badges of pride. Meanwhile, marketers, bloggers, and support organizations adopt these terms as shorthand for their focus or mission. The fact that girl boss and she-E-O are closely associated with controversial founders who stepped down from leading their companies—Sophia Amoruso of Nasty Gal and Miki Agrawal of Thinx, respectively—has barely dimmed their currency.