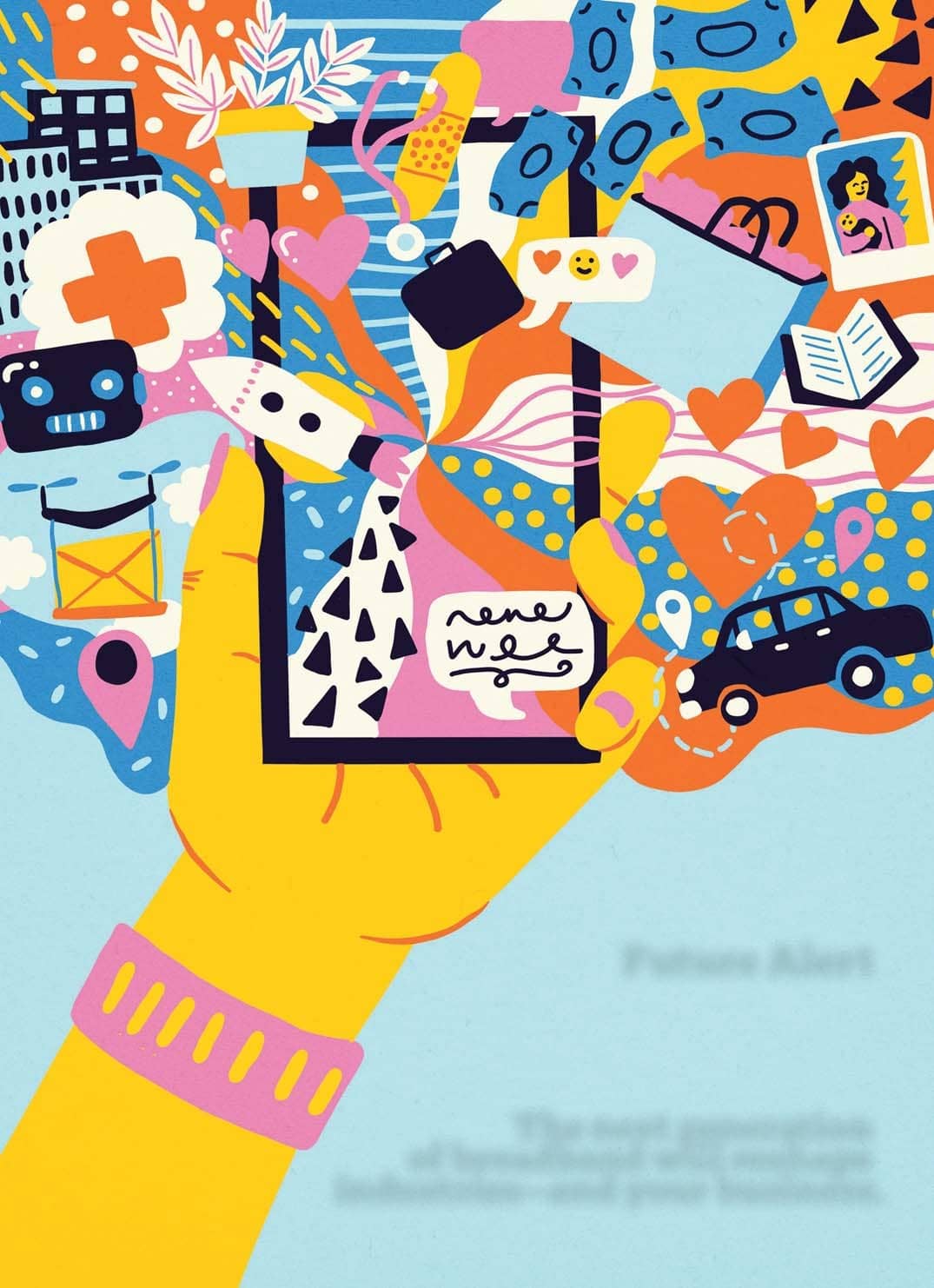 The next generation of broadband wıll reshape industries—and your business.
Jennifer Alsever

If you think we live in a society of instant gratification, just wait until 5G, the fifth-generation wireless network, reaches major cities worldwide.

But first, let’s pause to ask a crucial question: Why 5G? First-generation wireless gave us voice. Then 2G added text, and 3G enabled basic mobile computing. With 4G, we got higher speeds and zillions of apps to help us work and play while we’re using our phones. 5G opens the floodgates to download speeds of one gigabit per second, or more than 10 times what we’re used to. Movies will download in seconds, YouTube clips instantly.

South Korea and China now lead in development and rollout, but in the United States, 5G is now in more than two dozen cities—from Atlanta and Detroit to Indianapolis and Washington, D.C.—as wireless companies race one another to expand service.

Those networks aren’t necessarily ready for prime time. For one, you can’t tap into the power of 5G without a new, 5G-compatible phone. Plus, 5G relies on a spectrum that is so high —millimeter waves—it can’t go very far, or go through walls. And right now, it’s expensive to install.

But when it does arrive full throttle—and it will by 2023— 5G will fundamentally change the role of the mobile device. In a 5G world, augmented reality will become truly ubiquitous, so common that the technology could be table stakes for businesses like retailers and gyms. A clothing shop, for instance, could use AR to let people see themselves in an outfit in a range of dynamic, immersive environments. A gym could give members graphical biometric readouts to track and optimize their workouts as they happen. The same technology will change live entertainment events. Baseball fans will use their 5G phones to play TV producer, choosing which of multiple camera angles to watch, and getting real-time data from cameras that track, say, the velocity and spin rate of pitches. 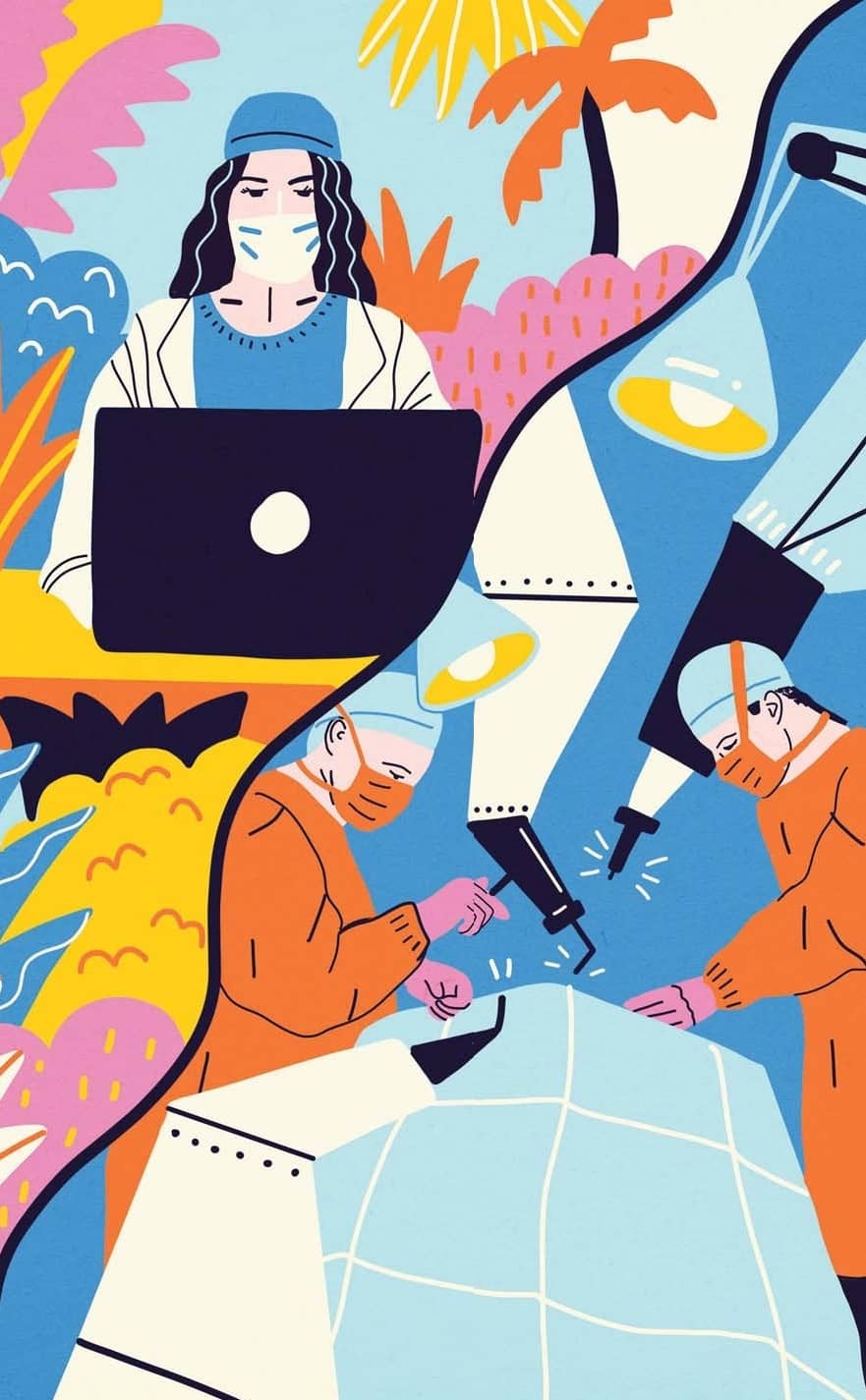 And 5G will unleash the bots. A factory manager could install a private 5G network and easily integrate a line of wireless, collaborative robots to work alongside humans making, say, precision-machined components for the auto industry. One group of robots could deliver raw materials to production lines and another could load trailers. With the wider network, they could move with more coordination, anticipating humans in their path and responding to their environment with more immediacy.

As a result, they will be more reliable and safer. And because the bots will be wireless, it will be far easier to add another production line. The technology will reach everywhere. An indoor vegetable farm could install its own 5G private network and run faster, more fully integrated systems that talk to one another and respond with more autonomy, be they robots that pick plants or sensors and algorithms that adjust humidity, assess plant health, tweak temperatures, or manipulate hydroponic grow systems.

All this is doable today with 4G and Wi-Fi, but 5G will bring more instantaneous communication and a seamless, faster system. Tech firms, banks, hospitals, and other data-intensive companies will have the bandwidth to move enormous amounts of information in real time. In the case of health care, 5G is the pathway to digital therapeutics, allowing patients to get treated at home with the help of VR, AR, and mixed reality; doctors will use remote robots to visit patients in faraway hospitals.

Governments, too, will be able to collect more detailed data across geographies and, with the help of algorithms, predict and respond immediately to emergencies such as pandemics or extreme weather events. Combining 5G with mobile apps, sensors, internet-of-things devices, and predictive algorithms could turn notoriously slow local governments into well-oiled operators, with tools that span traffic, safety, and city services.

There’s no question that such a high level of surveillance and data capture comes with privacy risks—a particularly important issue in the U.S. Cities will need to plan now for how to protect citizens’ privacy while advancing new technologies that help them. The payoff is that the network will ultimately pave the way for truly connected smart cities.