Company Of The Year: Impossible Foods 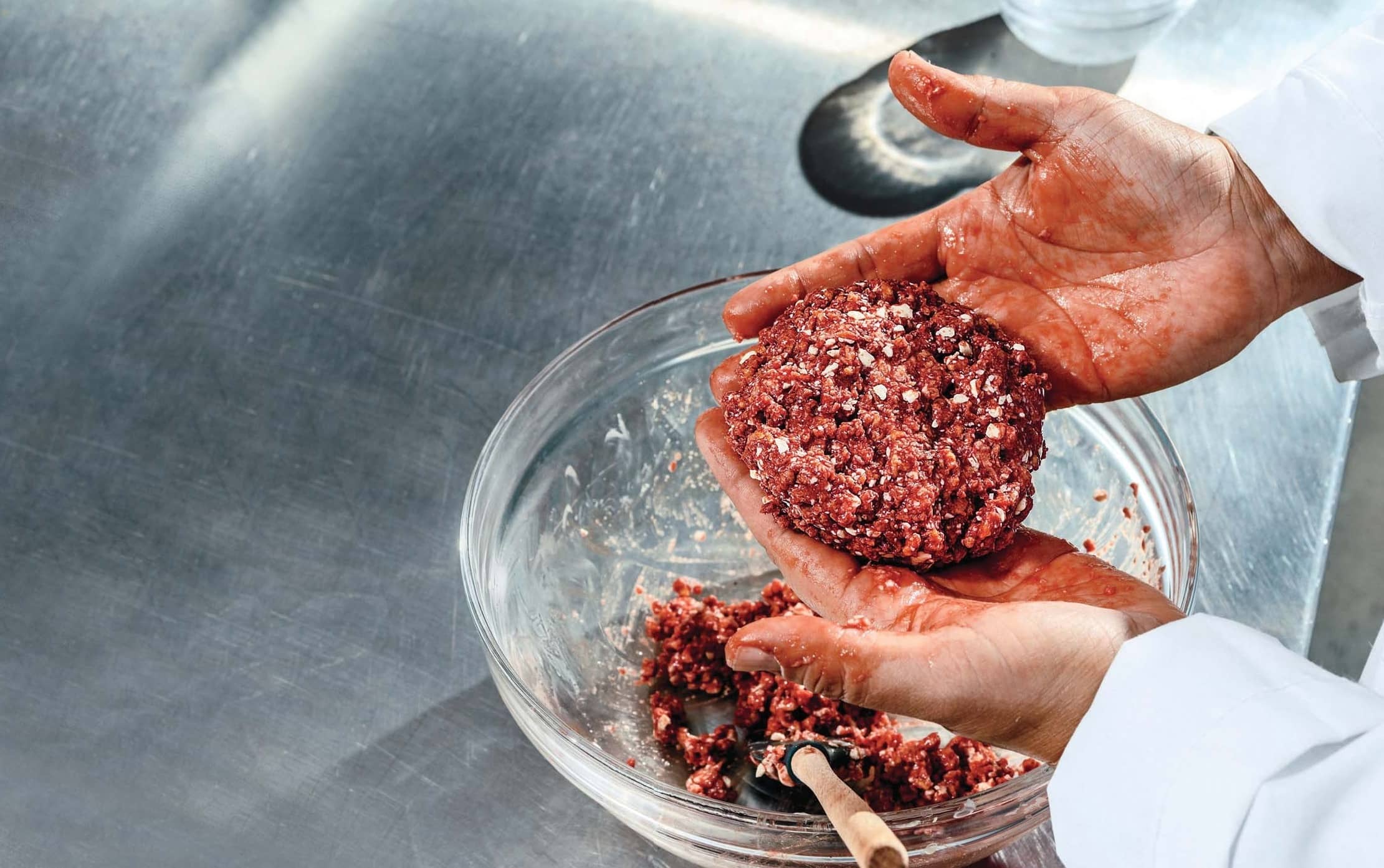 On January 7, 2019, at the Consumer Electronics Show in Las Vegas, Impossible Foods announced its masterpiece: Impossible Burger 2.0, a soy-based protein batter that, when clumped into a patty and thrown onto a griddle, sears and sizzles like a real cow burger. To showcase the edible tech— the first ever presented at the gadget expo—the team had booked the patio and bar of the Border Grill in the Mandalay Bay hotel and prepared Impossible sliders, tacos, empanadas, and even steak tartare. To explain the underlying science and the environmental benefits and the culinary possibilities, they rounded up a panel featuring the restaurant’s chef, Mary Sue Milliken, Impossible’s chief scientist, David Lipman, and the company’s founder and chief executive, Patrick O. Brown.

“The Impossible Burger 2.0 is demonstrably better in flavor, in texture, in juiciness” than the 1.0, Brown told the throng of 350 as more folks pushed their way inside. “And unlike the cow, we are going to be getting better every single day from now until forever.” As he spoke, he looked a little nervous. He swayed in his seat; some in the crowd noticed that he’d absentmindedly left his iPhone’s flashlight on—it was glowing as he fidgeted with it. “We’re not just a technology company,” he said. “We are, right now, the most important technology company on earth.”

Brown, like the cattle he competes so hard against, is generally happiest back home among his herd (other research scientists). But no matter where he roams, the lanky 65-year-old dresses like a tech bro put out to pasture: faded hoodie, scuffed Adidas, dreamy gaze. Just don’t mistake his calm affect and soft monotone for bovine docility.

Halfway through the press conference, a reporter raised her hand and inquired about the burger’s safety. Wasn’t Impossible meat’s key ingredient, heme, made using genetically modified ingredients? Brown’s eyes went hard. He then treated her to a three-minute lecture on heme’s origin and biology. “The fact that heme is produced by genetic engineering is a complete non-issue from a consumer safety standpoint,” he said, sharpening his voice, word by word. “It’s a way safer way to produce it than isolating it from soybean roots, and a vastly safer way to produce it than covering the entire frigging planet with cows, which is the way we’re doing it now.” 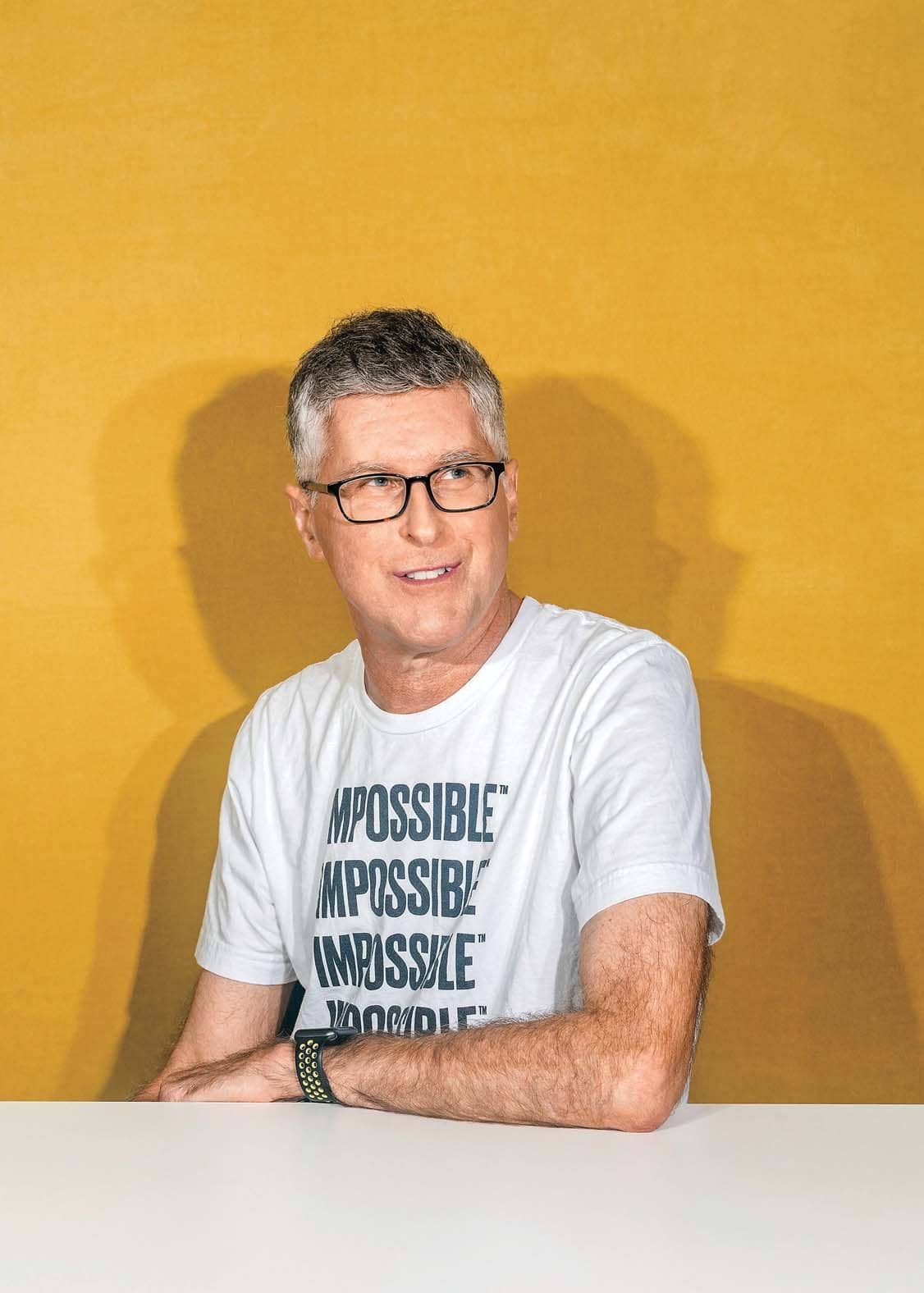 Rachel Konrad, Impossible’s chief communication officer, brought her thumb and index finger to her forehead and stared down at the floor. To Brown, you see, Impossible Burger 2.0 is not simply a tasty, albeit processed, veggie option. Impossible meat is humanity’s best chance to save the earth. Forgive him if he gets a little wiggy about it.

Every December, Inc. recognizes a startup that, in the past year, has done more than succeed in the marketplace, but, in some way, has changed the world, shifting how we think or how we live our lives. Impossible Foods has given a radical twist to what used to be a straightforward question: What’s beef?

Well, beef is food, and an ever more popular one—the fatty protein generated a record $310 billion in global sales last year. But beef is also an environmental catastrophe. And the reason beef is so destructive is simple: It comes from cows. Cattle collectively occupy 27 percent of U.S. land, devastating biodiversity. Every year, a typical American cow eats five tons of feed, consumes 3,000 gallons of water, and subsequently belches and farts the equivalent of 15 kilograms of greenhouse gases for every 100 grams of protein it provides, making cattle one of the planet’s biggest contributors to climate change. 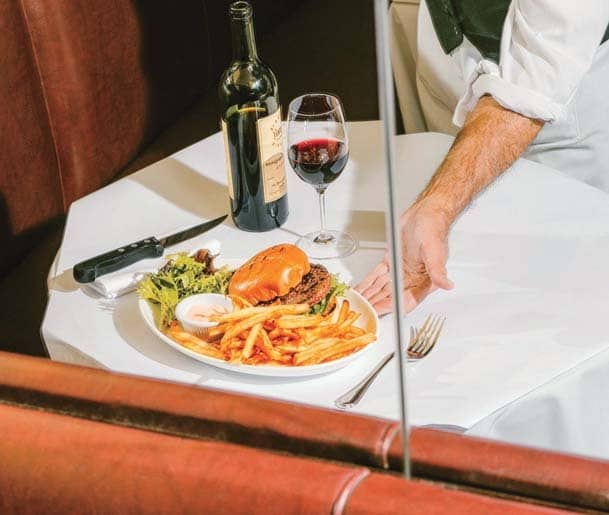 But what if juicy, delicious beef didn’t come from cows?

In 2009, Brown, an accomplished biochemist and pediatrician, took a sabbatical from Stanford University and decided to make a head-on charge at animal agriculture. He’d grappled with mind-bendingly ambitious projects before. In the 1980s, he helped map the human genome as a postdoctoral student in the lab of Nobel Prize winners J. Michael Bishop and Harold Varmus; in the 1990s, Brown invented the DNA microarray, also known as a biochip, which scientists still use to study gene expression, earning him membership in the National Academy of Sciences. But get the world to give up cows? Nothing came close. 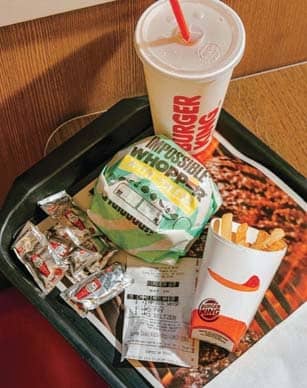 Ten years and hundreds of millions of dollars in venture funding later, Brown and his team brought forth Impossible Burger 2.0, a veggie burger that tastes so uncannily like cow that a lot of people—vegetarians, carnivores, gourmands, fast-food executives—can’t believe their taste buds. Until very recently, the product would have sounded like an oxymoron: plant-based meat. Yet, in 2019, Burger King added the Impossible Whopper to its menu throughout the U.S., and José Cil, CEO of parent company Restaurant Brands International, credited the sandwich with a chainwide boost in foot traffic as the company posted its best same-store revenue growth in four years. Practically every fast-food chain in America is now testing Impossible Burger or one of its competitors. There are Impossible sliders at White Castle and Impossible fajita burritos at Qdoba, not to mention patties made by Beyond Meat—Impossible’s more widely distributed, if not as meaty-tasting, competitor—at Carl’s Jr., McDonald’s, and Dunkin’. Food industry giants have raced to bring out their own beef substitutes, too.

Much like Tesla’s Model S electric car, the Impossible Burger is a fancy and costly invention, concocted by an outsider genius, that has proved that consumers will make an environmentally friendly choice if you give them an attractive product. In the process, it has done something even more remarkable: It made veggie burgers sexy. Its name is now synonymous with plant-based meat; people call almost everything an Impossible Burger whether it’s produced by Impossible or somebody else, making Impossible the faux-meat company to watch. And, unlike Beyond Meat, Impossible remains resolutely a privately held company. 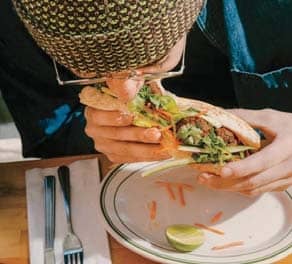 Also like Tesla, Impossible Foods is unprofitable— despite revenue expected to surpass $90 million in 2019— and its future is uncertain. The success of its product has threatened to overwhelm the company, with staffers fighting, sometimes heroically, to meet demand and managers adjusting standard business processes on the fly. More than anything, Impossible Foods provides a lesson in the craziness that can ensue if what you do becomes a really big deal.

On a clear, crisp morning in late September, Brown parked his Chevy Bolt in the lot of Impossible Foods headquarters in Redwood City, California, and trotted into a conference room, a mug of coffee and a vegan chocolate chip cookie in his hand. He’s been a vegetarian since the 1970s, and cut dairy from his diet 20 years ago. The past week had been a whirlwind: Impossible Foods had introduced 12-ounce packs of Impossible beef in three supermarket chains, its first foray into the grocery business, and he’d traveled to Los Angeles and New York City for launch events. 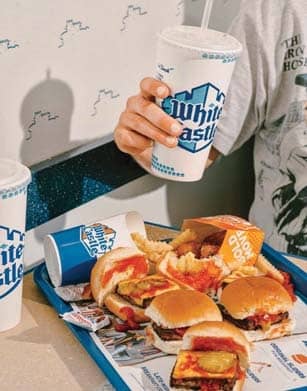 Shortly after noon, he joined the weekly marketing department meeting. Thirty or so employees poked at salads in compostable bowls. (Impossible Foods provides a buffet of raw veggies, fruit, and other snacks in the break room every day, but not Impossible meat, which is still too costly and in demand to give away.) Joe Lam, a director of consumer insights, went over the first few days of grocery sales, highlighting the promising results—that weekend, the company had outsold ground beef by a considerable amount at Gelson’s, a chain in L.A.—and glossing over others—at Wegmans, Impossible had the No. 1 unit sales in “meatless proteins,” but he didn’t say much more.

Brown peppered the team with questions about the data. “But does it come at the expense of ground beef?” he asked about the Gelson’s results. “Were ground beef sales up, down, or steady? What else happened? Did they run out of hamburger buns?”