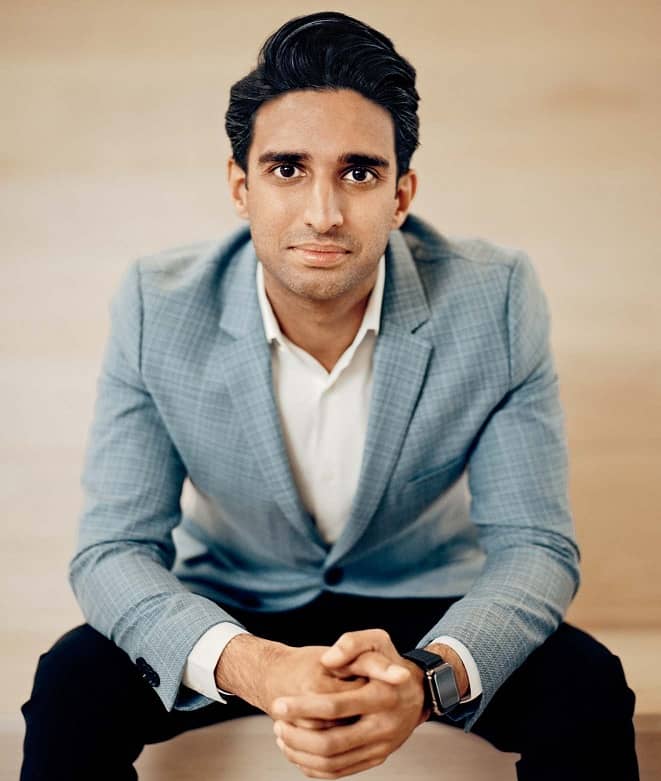 Kabir Barday, founder of OneTrust, is a first-generation American entrepreneur— and was early to realize that online privacy laws are creating a massive new market.

“There’s a lot that goes on behind the cookie banner,” says Kabir Barday, the founder and CEO of OneTrust. He’s talking about that now-ubiquitous pop-up on websites that lets you know the site is collecting data on your visits and activity in order to personalize your experience—or sell your information to third parties. The cookie banner is perhaps the most visibly identifiable sign of his company’s software, but the real work is the invisible machinery churning away behind that banner.

Atlanta-based OneTrust, which landed at No. 1 on this year’s Inc. 500, with more than $70 million in 2019 revenue and a staggering 48,337.2 percent three-year growth rate, is among the global leaders in privacy-law-compliance technology. In the most straightforward terms, OneTrust builds a suite of digital tools that gives companies a clearer view of all the user data they accumulate. This enables them to comply with privacy laws, like the European Union’s General Data Protection Regulation (GDPR), that give consumers greater control of how and whether companies use their data.

Before lawmakers began to take notice of consumer complaints about data misuse, most companies simply didn’t have dedicated technology for managing their users’ privacy. Now they must. The California Consumer Privacy Act (CCPA), which went into effect in January, is another of what are expected to be many more laws related to user privacy. The cost of noncompliance is increasing dramatically.

That’s why OneTrust is the solution for nearly half of the Fortune 500. The company has some 6,000 clients— including Aetna, Oracle, Raytheon, Bertelsmann, and Maersk—spanning virtually every industry in the world and every size business.

There may be sexier tech companies out there that generate more headlines than OneTrust. But in pure business terms, there’s nothing sexier than quietly amassing control of a deep niche that just keeps getting deeper. The initial test for any entrepreneur is to figure out what market gaps they can exploit with their skills, and then defend. Barday, who comes off as equal parts soft-spoken and swaggering, recognized a colossal market in its infancy. How he seized the opportunity is a lesson in diligent prep, great timing, and aggressive action.

Barday’s parents, Indian immigrants, landed in Atlanta in 1983 with a vision of achieving the classic American dream—“You can do any thing,” Kabir says. His dad was a software developer who enrolled Kabir, when he was 10, in community-college computer classes. After the elder Barday quit his software job and turned to entrepreneurship—he opened several gas stations and restaurants— he helped his son start a small web-development company. It was a tidy little profit center that certainly beat mowing lawns. “I would go to all the small businesses in my area and build them websites for 5, 6, $7,000 a pop,” Kabir remembers.

Barday’s parents always taught him to dream big. When he joined the Boy Scouts, they urged him to earn the top rank, Eagle Scout. “You don't anything unless you’re going to be committed to being the best at it,” he recalls their telling him. He avoided organized sports because he didn’t think he could live up to that commitment—but his budding career in technology entrepreneurship was something else entirely.

After attending Georgia Tech, Barday landed a job at a fast-growing Atlanta company called AirWatch, which helped companies secure their employees’ mobile devices. It was 2010. The mobile-computing revolution was taking over, and BYOD—bring your own device—was a trend that employers were having to reckon with.

Throughout much of the aughts, corporate IT departments owned and controlled the mobile phones that they doled out to employees. But once ownership costs fell and networks improved, people began carrying their own powerful pocket computers— and they needed constant work connectivity. In 2012, AirWatch landed at No. 467 on the Inc. 500.

Barday was moving up quickly too, working closely with some of the firm’s big, multinational clients to implement the software. By 2014, when AirWatch was acquired by VMware for more than $1.5 billion, Barday was conceiving and directing the launch of new products.