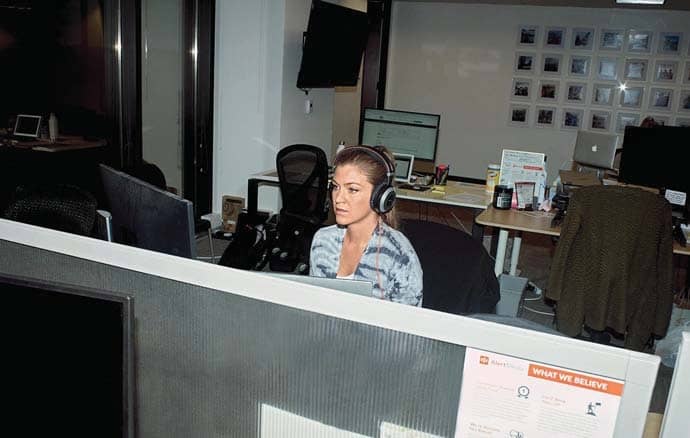 Brian Cruver was a cocky, 29-year-old, freshly minted MBA who thought he had landed in the big leagues when he took a job in 2001 — at Enron.

Within months, he witnessed the energy company once regarded as an innovative dynamo implode amid fraud allegations. He was laid off with thousands of others. The experience has colored everything he’s done since then.

“Everyone else went on to their next corporate job,” Cruver says. “But I ended up writing a book [Anatomy of Greed], which was turned into a CBS movie.” He’s sitting in a conference room at AlertMedia, the Austin-based emergency-communications software startup he launched in 2013. It was during his book hiatus that he had an epiphany: “I realized I could go start companies of my own that do great things. I decided that every company I’d start would be the anti-Enron.”

AlertMedia is one of the fruits of that decision. In 2009, Cruver co-founded a company called Xenex Disinfection Services, which makes a germ-zapping robot (see “The Germinator,” page 22) designed to reduce hospital-acquired infections that is now on the frontlines of the Covid-19 battle. Before that were Giveline, a software firm that helps nonprofits raise money, and some other companies that he and a business partner, Morris Miller, invested in. “They didn’t all work out,” Cruver says. “I learned lots of lessons.”