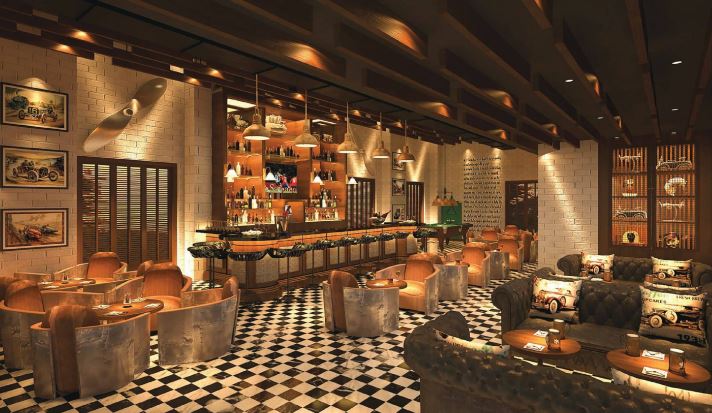 Pune, the city of Peshwas in the past and an IT powerhouse in the present times, is home to Lemon Tree Premier, The Lemon Tree Hotels’ new-age hospitality design that blends nostalgic charm with a modern design palette and contemporary luxuries. The idea was to use design as a medium to position Lemon Tree Hotels into the mid-market to upscale category, which, till then, had ruled the mid-market segment.

Multi-disciplinary design atelier BM&A, headlined by Bobby Mukherji, worked with Ritu Ranjan, the group’s chief design officer, to create a template, which, in Ranjan’s words, “is of international standards and offers the brand an edge over global competitors. The idea was to create a trendy and chic product to suit the taste of the millennials. Hence, the design of this hotel is in line with boutique hotels in New York and London. The key point was to keep costs in check to obtain ROI as per internal financial calculations.”

The comparisons with New York’s luxury boutique hotel scene is rather providential. Lemon Tree Premier Pune, like much of modern boutique luxury culture in some of the best world cities, marries modernism with schmaltz, kitsch with sophistication in entirely new ways. This is about embracing the future, without letting go of the past. Bobby Mukherji, chairman & founder of BM&A says, “While designing, we get into the character of the edifice, which reflects in the end product. We aimed to merge style with simplicity. ‘Nostalgic and modern’ sums up what the world hotel scene is about at the moment, and this hotel was conceptualised to recreate just that. There’s a whiff of nostalgia in this rustic-glam style.”

MORE STORIES FROM HOTELIER INDIAView All