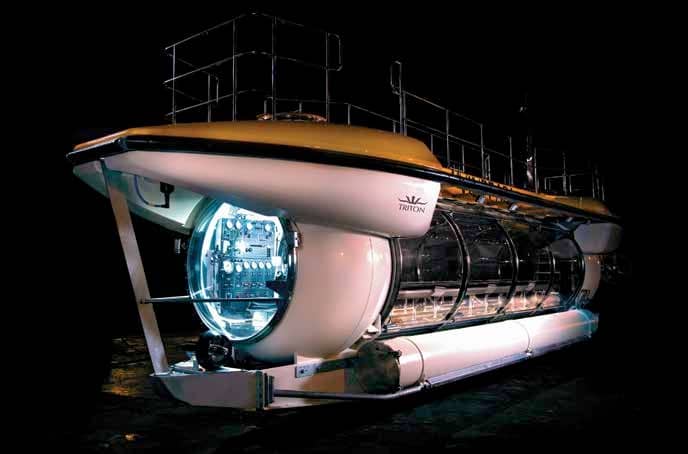 With underwater tourism set to become the next big frontier in “experiential tourism”, recreational sub manufacturers like Florida-based Triton Submarines are gearing up with state-of-the-art vessels

Those death-defying descents were undertaken by intrepid adventurer and American businessman Victor Vescovo who used his $37m two-seater personal submersible, a Triton 36,000/2 sub christened Limiting Factor, which is the world’s first certified full ocean depth submersible constructed using a titanium hull and rated to dive to depths of up to 11,000 metres.

What sort of an engineering daredevilry does it take to build such a sub? “The pressure on the personnel capsule – 16,000 pounds per square inch, at the bottom of Challenger Deep – is equivalent to a stack of 292 fully-loaded 747s,” L. Bruce Jones, the CEO and co-founder of the Floridaheadquartered Triton Submarines, told Gulf Business.

Jones along with Patrick Lahey cofounded the privately-held company 12 years ago at a time when, as Jones says, they “realised there was a distinct market for smaller, deep-diving luxury submersibles.”

The company has around 50 employees spread across two locations – one in Florida and the other in Barcelona.

On average, the team hand-builds less than 10 submersibles a year. Expectedly, they don’t come cheap.

The popular Triton 3300/3 which dives to 1,000 metres and carries three people, costs approximately $4m. Its least-expensive personal sub meanwhile dives to 305 metres and costs $2.7m, while its most expensive sub in existence takes two people to 11,000 metres (Challenger Deep-levels) and is priced north of $30m.