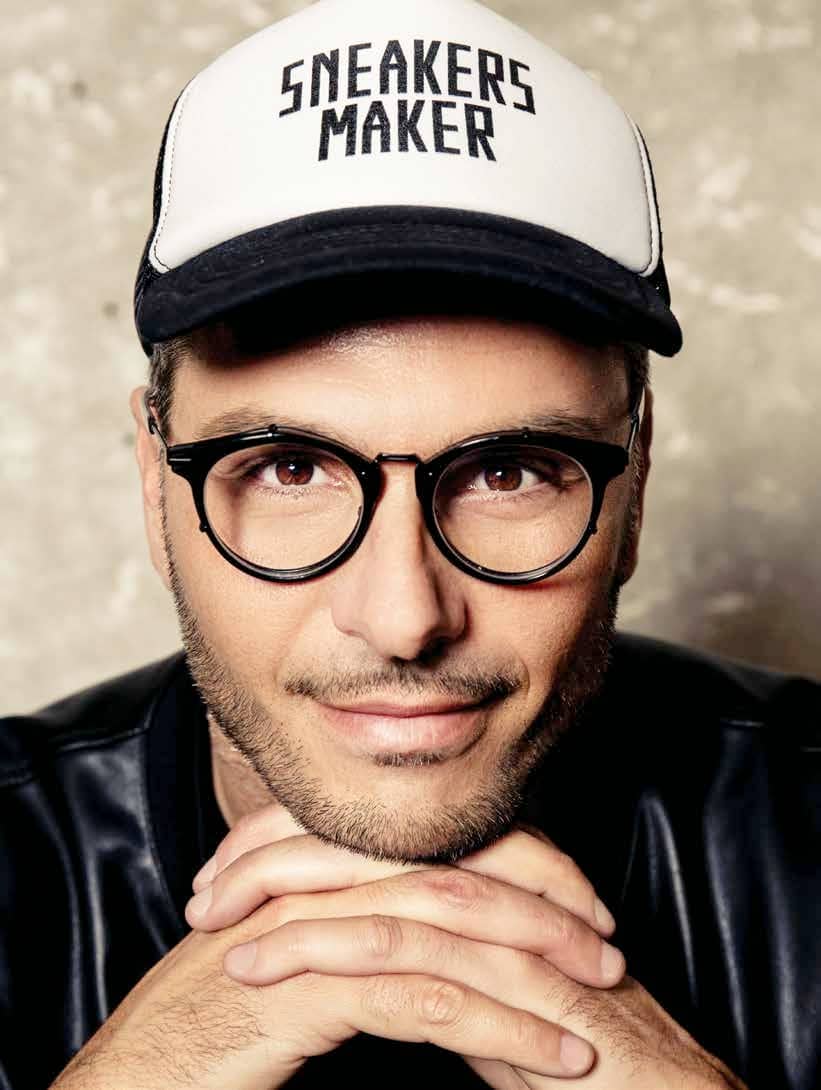 A pair of Golden Goose sneakers was one of the luxury industry’s best-kept secrets – though the new boutique at The Dubai Mall will let you in on it. CEO Silvio Campara talks exclusively to Gulf Business on the brand’s ascendancy to cult status

Scuffed sneakers were generally regarded as a sign of living rough – that’s until Golden Goose entered the sneaker market in 2007. Its artisanally distressed box-fresh skate- and basketball-style kicks made the worn-in look a signature aesthetic of the brand.

Venice-based couple Alessandro Gallo and Francesca Rinaldo started Golden Goose in 2000. But from 2000 until 2007, they were a fringe player in the industry. The Venetian area had skilled craftsmen who specialised in working with leather and hence one of Golden Goose’s biggest calling cards before sneakers were its leather jackets and boots.

The couple ran the creative and business side of the brand, and as a result, were constantly travelling. That’s when they decided they needed sneakers that weren’t like anything else on the market at the time – handmade pairs that shunned industrial processes and instead relied on the same level of craft and skill used to make formal leather shoes.

They turned to several formal shoemakers in and around Venice, but only one obliged. “Golden Goose was the first company that started the inversion of all these traditional manufacturers in the Venetian area who were formal shoemakers but then became sneaker makers.

Campara’s association with Golden Goose has been pivotal to its success story. In the Noughties, he started working on the business side of powerhouses like Alexander McQueen and later on with Giorgio Armani where he helped set up its expansive retail operations in Asia. But, as Campara explains, he was doing more than helping these brands generate turnover – he found himself enhancing their brand value too.

By 2009, when big-ticket strategic investments in the fashion world were the order of the day – for example, The Carlyle Group had recently acquired a stake in Moncler – it was his cue to move to Style Capital, an investment fund focused on fashion brands.

Four years later, even more confident about his investment acumen, he decided to take the ultimate gamble and invest his own money – all of it – into Golden Goose. He became the Commercial Director of the brand that, at the time, had a turnover of €20m. “This year we’re going to deliver more than €250m in turnover, and next year we’re going to reach €500m.”

How did Golden Goose become so wildly successful? Campara puts it down to three main factors. Firstly, it was just ahead of the zeitgeist, perfectly positioned to ride the sneaker culture that began to boom around five years ago and which saw people trading in high heels and formal leather shoes for more relaxed sneakers.