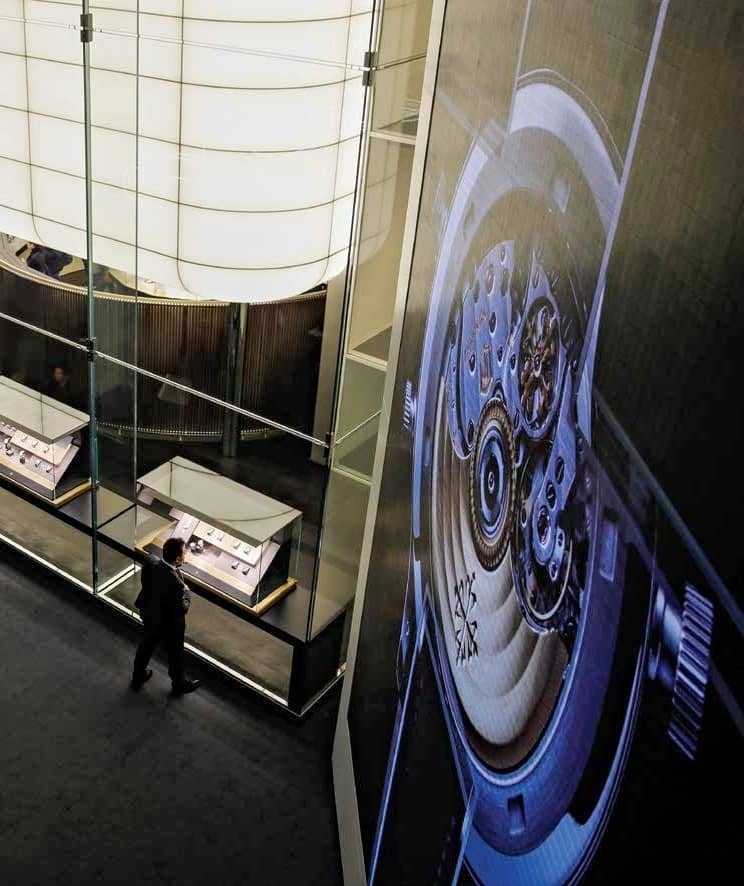 A few of the world’s most venerable watch brands pulled out of Baselworld last month. We’re now set to see many of them exhibit alongside one another in Geneva next year. What will the traditional luxury watch fair, as we know it, look like come 2021?

Baselworld, the world’s biggest annual watch and jewellery fair held at the Messeplatz in the industrial Swiss city of Basel, has had its insular world upended in the matter of a week in April.

The trade show which sees hundreds of journalists, retailers, and industry professionals descend en masse every March/April for the week-long fair has long had systemic problems, a few of which extended to the city itself, that it has repeatedly swept under the rug.

For example, hotels in the city would markup their prices nearly three times as much during the fair, and some even demonstrated the audacity to ask guests to pay upfront for the following year’s booking before the current year’s fair even got underway.

Local restaurants and food retailers matched the arrogance by steep surcharges on food served during the fair.

To escape the extortion, many attendees would live in Zurich or Neuchâtel and catch the train or drive to Basel every day during the fair. Still, it seemed a worthy trade-off. Baselworld has been in existence since 1917 and counted a few of the most venerable names in the watch world including Rolex, Patek Philippe, Bvlgari, and Chopard among others, as its main exhibitors.

Many of these brands have been associated with the fair for decades – Rolex first began showing at the fair in 1939, four generations of the Patek Philippe family presented their novelties each year in Basel, and Chopard has been a regular fixture at the fair since 1964.

The only rival watch exhibition that matched in prestige, though not scale, was the Richemont-led Watches & Wonders (formerly Salon International de la Haute Horlogerie – SIHH) held annually at the Palexpo in Geneva.

As recently as 2013, it seemed that Baselworld was untouchable. It undertook an ambitious, approximately $431m renovation, of the exhibition site. But the gleaming structure did little to course-correct attitudes of organisers and the city’s ecosystem that was bent on unfairly exploiting visitors.

By 2018, in a shock announcement for Baselworld, the Swatch Group announced that it was pulling all of its 18 brands from the fair including Omega, Blancpain, Jaquet Droz, and Breguet and would establish its own fair on its own terms.

“The MCH Group, which organises Baselworld, is clearly more concerned with optimising and amortising its new building – which, incidentally, is largely financed by the watch industry during the fairs – than it is in having the courage to make real progress and to bring about true and profound changes,” Swatch Group CEO Nick Hayek Jr. reportedly told a newspaper while explaining his decision to withdraw from the fair.

A few others followed the Swatch Group’s lead, among them French major Hérmes and Kering-owned Ulysse Nardin and Girard-Perregaux which decided to leave Baselworld and join the exhibiting brands at the SIHH. Swatch Group’s exit though didn’t quite cause a tsunami of exits that would rattle Baselworld.

The anchor brands like Patek Philippe and Rolex decided to stick with Baselworld.

That changed in April.