Where The Livin' Is Easy 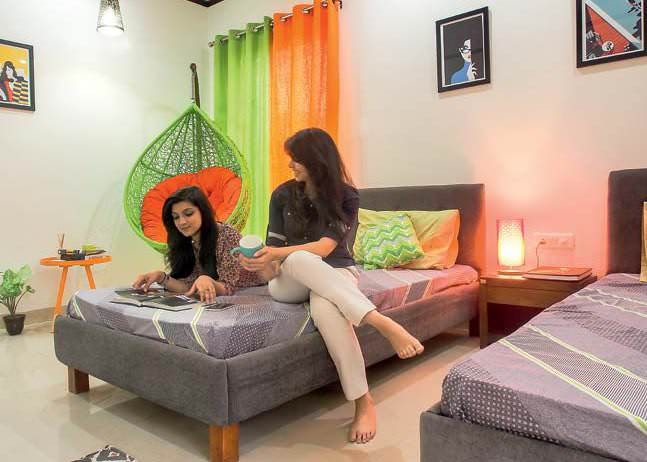 Co-living startups are a millennial’s dream. They offer shared housing with services like laundry, 24x7 security, and WiFi. And none of the hassles of setting up house from scratch.

Moving to a new city is never easy. Especially if you’re young and just into a new job. One of the biggest challenges is finding a place to live: Rents are often unaffordable plus there’s the additional bother and expense of setting up house. If you don’t want to deal with starting from scratch, you could always choose to be a paying guest—of course, that means saying goodbye to your privacy.

Now, there’s another option: Co-living spaces, a whole new concept of shared accommodation that is changing traditional ideas about living. What exactly is co-living? Essentially, it’s furnished accommodation in a large house or multi-storey building with amenities such as hot food, WiFi, laundry services, and 24x7 security thrown in. It also includes access to common spaces such as lounges and reading rooms. The biggest draw? Cheaper rents. Zero or minimal security deposit, brokerage or furnishing costs. And utilities are included in the rent.

Simita, a 22-year-old techie in Bengaluru, is a big fan of co-living spaces. She’d been a paying guest through her college days; so, when she got a job a few months ago, she decided to look for a studio apartment of her own. But running a kitchen, taking care of day-to-day errands and general security fears soon took a toll on her enthusiasm for what she calls “independent living”. A friend told her about a co-living space near her office, but she initially thought it was just a fancy word for yet another PG accommodation. When she finally went to see the space, she was surprised: “It’s like staying in a hotel, with friends and acquaintances. People even get to know about vacancies in other companies.”