The Covid-19 Crisis And The Case For UBI 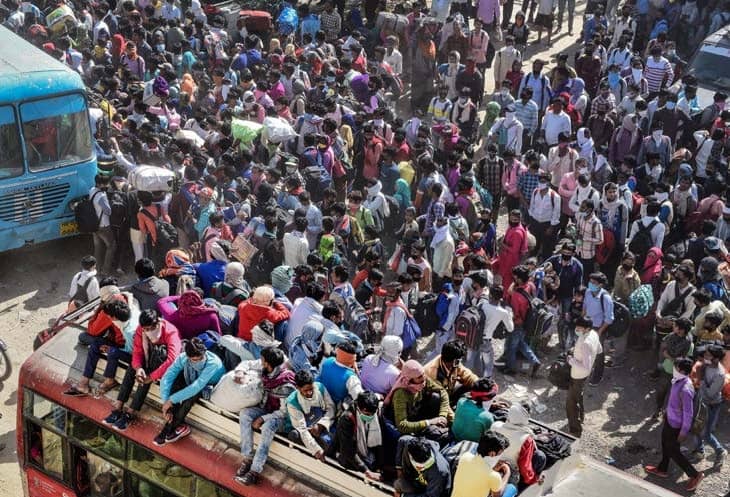 Economists, policymakers, political leaders, and even the Pope have all made a case for universal basic income as the world stares at a recession and exacerbated unemployment post the Covid-19 crisis.

Days after the commencement of a 21-day lockdown on March 25 to contain the spread of Covid-19, India woke up to poignant scenes of migrant labourers—who make up nearly 100 million of India’s workforce—returning to their native places in nearby states in the thousands. Many were doing the journey on foot, as transport services were suspended. They had decided to leave as work had dried up after almost all economic activity had come to a standstill. Without means to wait out the lockdown period including money to pay rent, they feared the worst if they stayed. Sadly, some never made it home.

The economic downturn caused by Covid-19 across the world and the resulting mass unemployment have put the focus on universal basic income or UBI—an unconditional guaranteed stipend from the government to the people. Economists believe it can provide some relief in the post-Covid-19 world and dignity to millions living in abject poverty.

“The plight of the vulnerable population in India is very serious. It just makes logical sense. If you do not have a salary flow, and if you do not have accumulated savings, and if for one reason or another you cannot access the PDS [public distribution system], what will you do?” asks Maitreesh Ghatak, professor of economics, London School of Economics.

In India, the International Labour Organization estimates that about 400 million workers in the informal economy are at risk of falling deeper into poverty due to the pandemic. India has also been named as one of the most vulnerable countries to climate change. The country can lose as much as 5.8% of its working hours or 34 million full-time jobs from heat stress by 2050, says German think tank Germanwatch in its report, Global Climate Risk Index 2020.