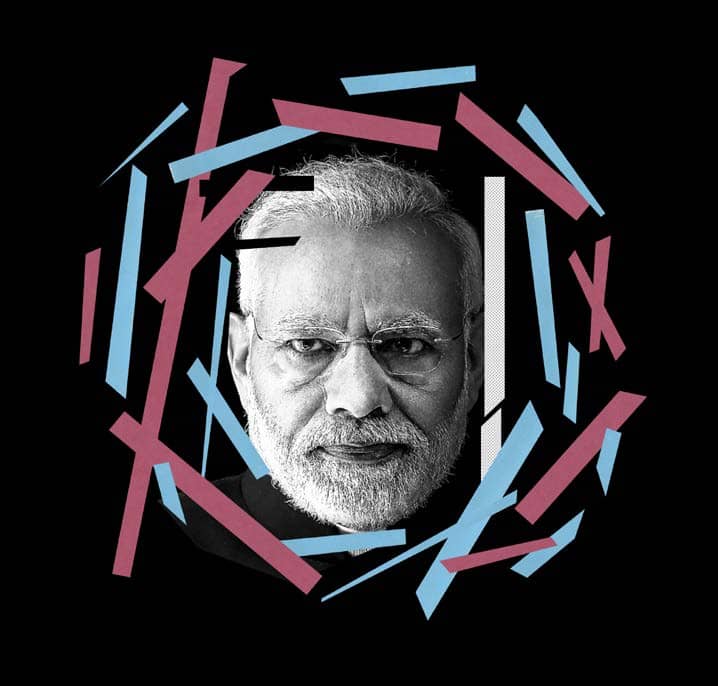 APART FROM THE MEDICAL QUANDARY IT HAS PLUNGED THE COUNTRY INTO, THE COVID-19 PANDEMIC HAS EMERGED AS THE BIGGEST-EVER SOCIO-ECONOMIC CHALLENGE FOR THE MODI GOVERNMENT. ONCE THE LOCKDOWN IS OVER, THE TASK ON HAND WILL BE TO SAVE THE ECONOMY FROM SLIPPING INTO A LONGTERM RECESSION.

ONLY, THIS TIME, the social and economic unrest is being wrought by a virus that has shut down the world, giving policymakers and central bankers their biggest struggle to save their own countries, and the world, from slipping into the deepest recession since the Second World War.

The novel Coronavirus, or Covid-19, that originated late last year in Wuhan, the sprawling capital of Central China’s Hubei province, has spread across the globe, becoming a pandemic (as announced by the World Health Organization, or WHO) that threatens to bring the world to its knees. The outbreak, without a cure or even a vaccine, has spared none, neither the poor and underdeveloped nor the rich and advanced nations.

The rarity of its occurrence and the unpredictability of its impact, or even of how it will unravel, is the reason why it fits the definition of a Black Swan event, a concept popularised by mathematician and former Wall Street investor Nassim Nicholas Taleb in his book Black Swan. (It was released in 2007, months before the financial crisis erupted.) Though there are those chary of letting the label stick (including Taleb himself ), the fact is, as Suresh Narayanan, chairman and managing director, Nestlé India, puts it: “What we are witnessing is a public health emergency far graver than anything that, as a society, we have ever been through.’’ According to Bengaluru-based serial entrepreneur K. Ganesh, who is a partner at GrowthStory (which has promoted brands such as big basket, Portea, and HungerBox), “it is a global pandemic of an unprecedented scale. It is the toughest challenge for the global economy”.

In India, for the Narendra Modiled Bharatiya Janata Party government that is just completing the first year of its second five-year term, the pandemic has struck at an already critical juncture. Even the finance ministry’s own publication, the Economic Survey 2019-20, had said that the “dark clouds hovering over the Indian economy are unlikely to go away in 2019”, pegging India’s GDP growth at 5% in FY20—the slowest in the past 11 years—and projecting a 6% to 6.5% growth in FY21. (Those numbers will need to be sharply revised downward now.) This was due to falling private consumption (down to 5.8% of GDP in FY20) and the slowdown in exports and investment because of lack of demand and low capacity utilisation. “Our growth was spluttering even before the crisis blew out of proportion,” points out Harsh Goenka, chairman, RPG Enterprises.

The crisis, of course, is the pandemic that has had rating agencies and broking firms signalling a global recession for 2020; the International Monetary Fund projects global GDP growth to fall to -3%, while Goldman Sachs thinks it is going to be -2%.

India too finds itself devastated, with the disruption in global supply chains, stock market volatility, demand destruction, and the forced shutdown of businesses and services due to the necessity of a countrywide lockdown. Take the gloomy projections: Rahul Bajoria, chief India economist at Barclays Investment Bank, pegs the total loss to the Indian economy because of the extended lockdown till May 3 at $234.4 billion, or 8.1% of the GDP, for FY21, while Abhishek Gupta, chief India economist at Bloomberg LP, estimates it at an even higher $300 billion. Already, the country witnessed its largest-ever outflow of $14 billion of foreign portfolio investments in March this year.

The human impact has been as adverse, with the unemployment rate jumping to 23.4% for the week ended April 5. This will only get exacerbated by the lockdown which, if it continues in some form till September 2020, will contract the GDP to 0.2%, the first time since FY1980, says Tanvee Gupta Jain, chief India economist at UBS. “Economic choices will determine both the depth of the crisis and the strength of the recovery,’’ says Jain, whose projection is based on the index of mobility restrictions imposed by a country on a scale of one to 10. A complete lockdown like the one being witnessed in India currently is 10.

“Many large Indian companies have had 90% disruptions in operations and more than 60% cash flow affected in March. April could be the worst,” says T.R. Madan Mohan, managing partner of consulting firm Browne and Mohan.