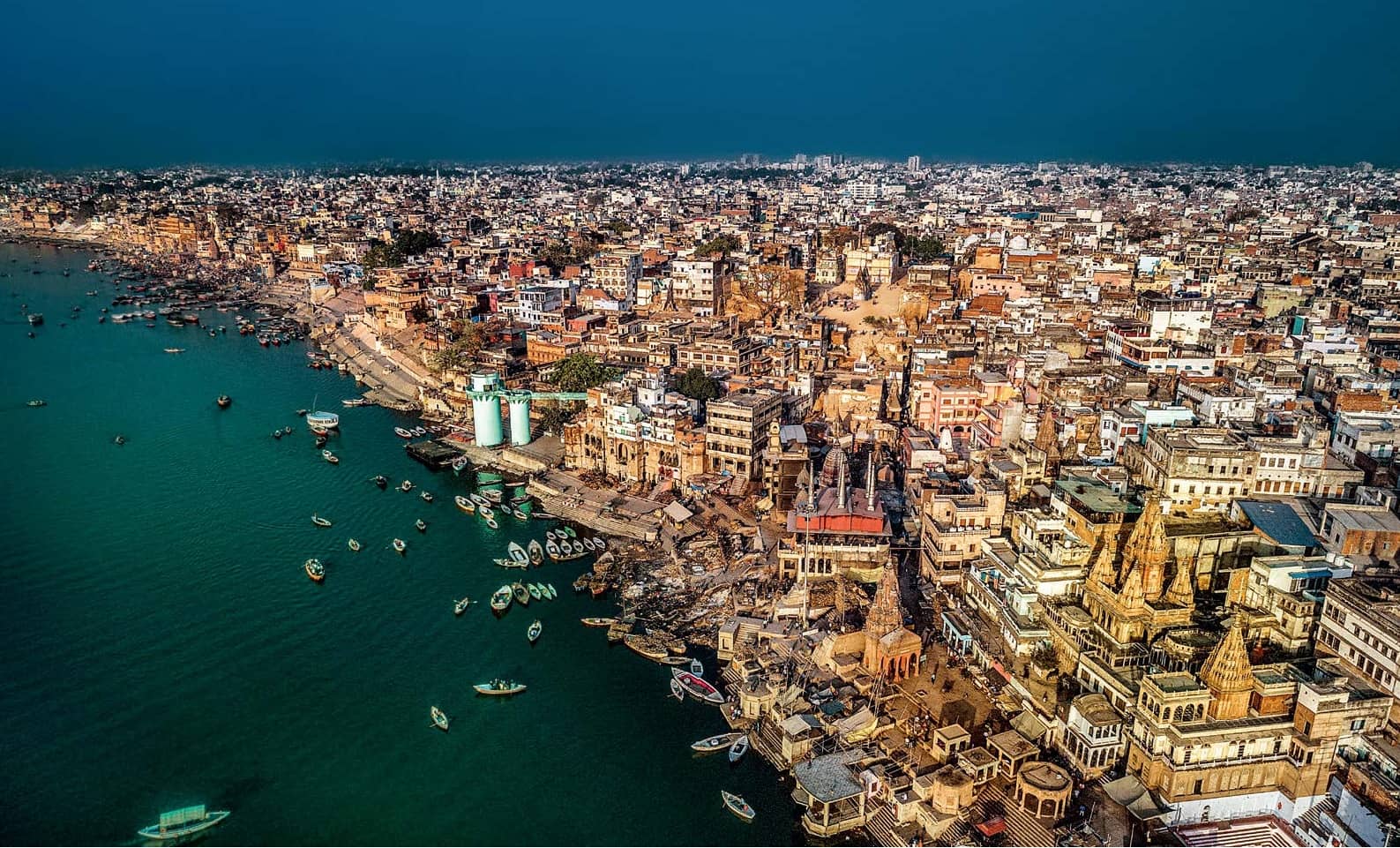 A Unique Project In Varanasi Is Pushing For Modern Development In The Heartland Of Indian Antiquity. Personally Supervised By Prime Minister Narendra Modi, The Project May Well Become A Model For Historic Precincts In The Country As India Develops Economically.

T. Surendar
IT’S LATE MARCH AND the summer heat is already palpable. A bulldozer is tearing down a brick-walled building exposing brightly coloured inner walls of tenements that are nearly a century old. Mountains of rubble lie everywhere studded with little temples and rows of buildings surround the debris. Amidst the rubble, a group of boys is playing a game of cricket in a little clearing and one young boy is trying to fly a kite on what seems like a windless day. A few locals have gathered to watch as a street game is rare in the area.A year ago, a maze of buildings stood on the clearing with narrow streets barely enough for two or three people to walk alongside. When the demolition is complete, state authorities would have reclaimed 525,000 sq. ft., or 12 acres, of prime land on the banks of the Ganga, India’s most venerated river, and adjoining the Kashi Vishwanath temple, a popular Hindu temple that gets over 10 million visitors a year.

The Kashi Vishwanath corridor project, which is being personally supervised by Prime Minister Narendra Modi and funded by the local Uttar Pradesh government, is monumental. Varanasi, considered one of the oldest living cities in the world, is also Modi’s political constituency from where he has won his last two elections. In a country where real estate and land re-development in public spaces is fraught with litigation, the project has successfully evacuated 250 families and over a 100 small businesses that had been in the area for at least 80 years and even longer in some cases. A year after the first deal was signed to buy out B.C. Agarwal, who owned a 2,000 sq. ft. house adjacent to the famed Kashi Vishwanath temple in March 2018 for 6 crore, the land acquisition stands nearly completed a good year ahead of schedule.

AS PART OF THE DRAMATIC transformation of the ancient city, the first in nearly 200 years, the land will be used to construct a 20-metre wide pathway or the about 320-metre distance from the river to the temple. The new construction is expected to cost the state government about 250 crore, in addition to the 298 crore already spent on land acquisition. Though no concrete plans are yet available, a walkthrough created by Gujarat-based architecture firm HCP Design outlines a pilgrim centre, public utilities such as toilets, a library, cafes, and a museum. It will help ease congestion and make access easier for pilgrims to the temple, which has a golden spire and domes.

HCP Design, which also designed and executed the Sabarmati waterfront in Ahmedabad when Modi was state chief minister, is said to have won the Varanasi contract without a contest, which is unusual for such projects of national importance. “The project looked like an impossible task when it was proposed and so we decided to work in a time-bound fashion to move bureaucracy. We had to rethink a lot of procedures to expedite execution,” says Vishal Singh, CEO of the Shri Kashi Vishwanath Temple Trust and secretary of the Varanasi Development Authority (VDA). HCP Design did not respond to an email asking for details on the project. 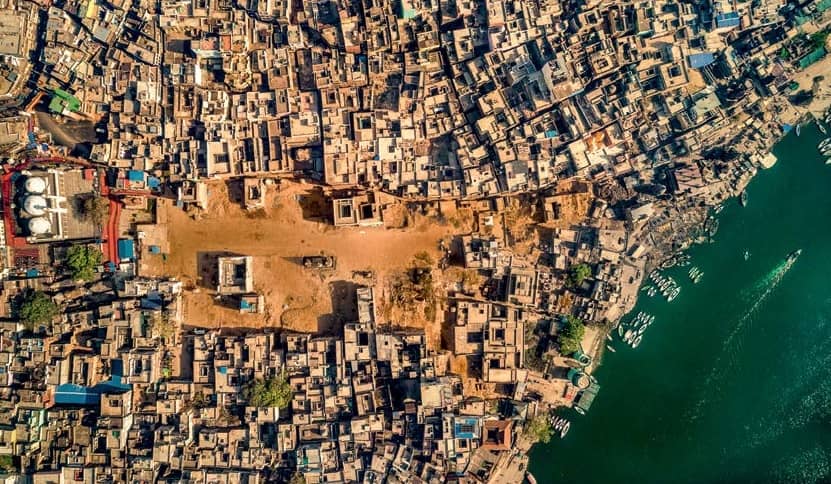