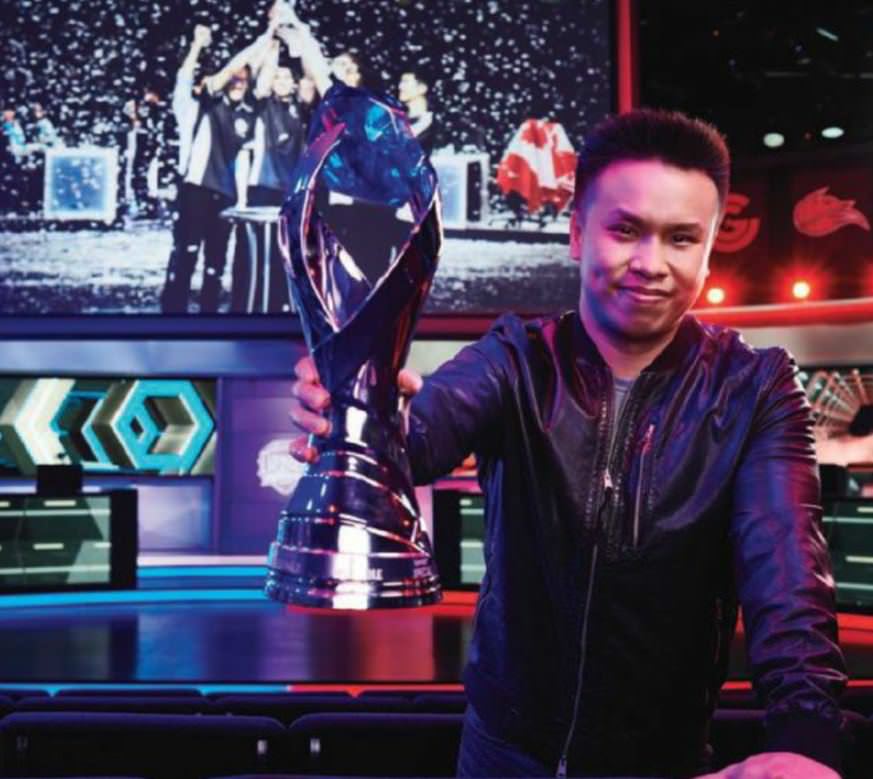 Andy Dinh made his bones as the Derek Jeter of esports. Now the 26-year-old gaming legend owns one of the world’s most successful teams. But can he continue to dominate as billionaire moguls enter the arena?

Thousands of screaming fans packed the stands and floor space at Boston’s TD Garden in September 2017—to watch a video game championship. At Center Court was an elevated stage with ten computers running the competitive game League of Legends. Four massive screens were mounted above to display the action. When confetti finally rained down on the crowd, the threepeating champs jumped around between smoke machines as a familiar chant broke out—“T-S-M! T-S-M! T-S-M!”—much like Alabama fans cheer “S-E-C! S-E-C! S-E-C!” in Tuscaloosa.

TSM—short for Team SoloMid—is one of the most recognizable brands in esports, and its victory in Boston built on its success as the winningest North American team in League of Legends, competitive gaming’s top title. But its founder, CEO and owner, Andy Dinh, who emerged from the sidelines to hug his players onstage, had only one thought after the team’s sixth championship: What’s next?

“I want TSM to be a household brand; I want us to be the Dallas Cowboys and the Yankees,” says the perpetually kinetic 26-year-old, who was featured on Forbes’ 30 Under 30 list in 2017. “It’s not enough for me just to be successful in North America.”

Esport companies like TSM field competitive teams in video games that are as fun to watch— whether live in a stadium or online on a game-streaming service like Amazon’s Twitch—as they are to play. The basic premise of League of Legends has two teams of five at opposite ends of an intricate map trying to destroy each other’s bases. Throughout a match, typically 30 to 40 minutes, players kill monsters (and, of course, opposing players) to earn gold and “experience” to buy new upgrades and become stronger than their opponent.

Billionaire owners of professional sports teams such as Robert Kraft (of the New England Patriots) and Jerry Jones (Dallas Cowboys) are among the most significant new owners in esports. Because they own (or operate) venues where esports competitions can be held, these moguls have a front-row seat to the industry’s explosive growth, and they are spending millions in hopes of building franchises as big as TSM.