How Coronavirus Could Affect the Travel and Tourism Industry 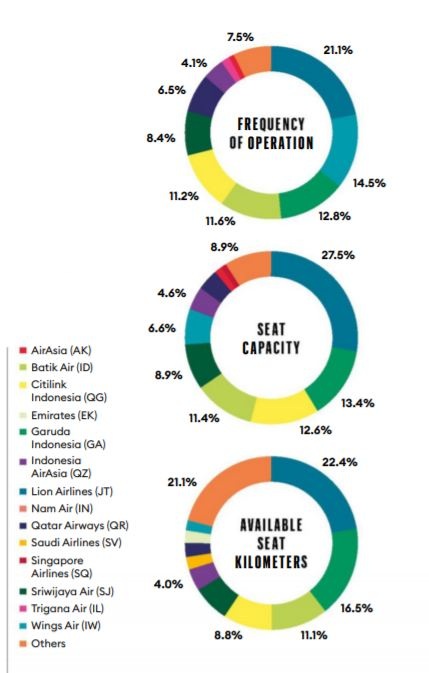 Faced with exceptional circumstances, the travel and tourism industry has found itself grappling with an unprecedented level of disruption, as more borders close and travel restrictions mount.

Since the news of COVID-19 broke in January, Indonesia’s travel industry has been dealt a massive blow with mass cancellations of flight and hotel bookings. The country has recorded slower growth in tourist arrivals following bans applied to visitors from China and other countries that become the epicenter of the outbreak. On March 20, the government also suspended visa-free and visa-on-arrival arrangements for 169 countries and territories for one month.

COVID-19 has hit tourism and left tourist destinations across the county empty of visitors. Some famous tourist sites are temporarily closed, such as Borobudur Temple in Central Java and Komodo National Park in East Nusa Tenggara - both are what the government labeled priority tourist destinations to boost revenue from the sector. Statistics Indonesia (BPS) data show that Indonesia has only 885,067 foreign tourist arrivals in February, a 28.85 % decline from February last year. Meanwhile, from January to February, Indonesia recorded 2.16 million foreign tourist visits, an 11.8 % drop from the 2.45 million tourists recorded during the same period last year.

Bali, whose biggest markets are Australia and China, has already lost most of its weekly foreign visitors since the travel ban to China was announced, according to the Indonesia Travel Association. The number of Chinese tourists arriving in Bali fell 3.44 % in January compared to the previous year, which had 111,515 arrivals. Restaurant chains have similarly been impacted. Made Sudana, a restaurant owner based in Sanur, admitted there is a downturn in visitors since January.

“The number of visitors has dropped significantly, and we have no clarity as well on how soon they can or will return,” Made says.