Eye In The Sky 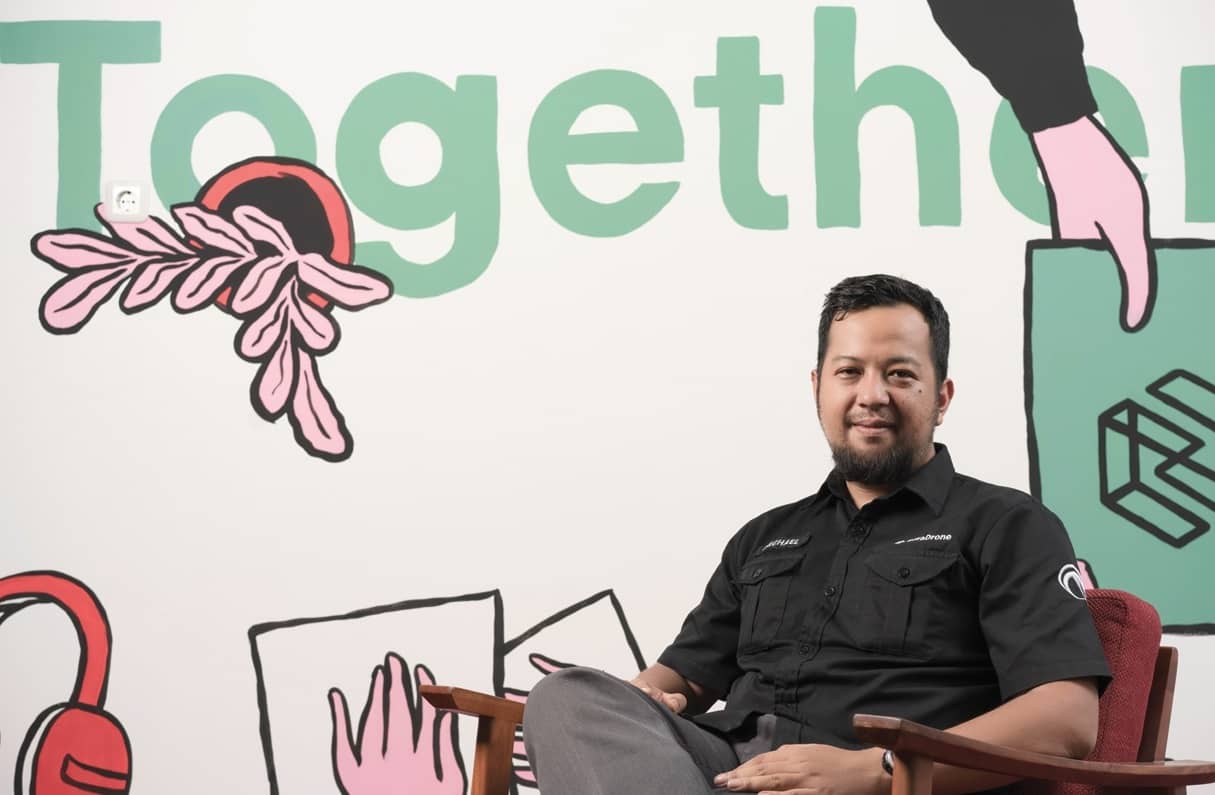 Unmanned aerial vehicles (UAVs), popularly referred to as drones, started offas pieces of military equipment but nowadays are more commonly used by hobbyists and for commercial services. Research by Goldman Sachs predicts the global market for commercial drone use will rise to $13 billion from 2016 to 2020. By integrating drones with sensors, data collected can be delivered on a map or model to assist construction, agriculture or disaster relief work among other uses. In Indonesia, it is also seen as a solution for logistics deliveries to smaller islands.

Among Indonesia’s drone service providers is Bandung-based AeroGeosurvey, which was founded in 2016 by Michael Wishnu Wardana Siagian and Ryan Fadhilah Hadi. The company provides aerial mapping mostly for agriculture and construction. The company attracted the attention of Tokyobased Terra Drone, which acquired AeroGeosurvey in January. Despite being established only three years ago, Terra Drone has already opened 20 branches across the globe.

“Terra Drone scouts local companies as part of its strategy. It aims to become the number one in the world by becoming number one in every country, and by using the most advanced technology,” says Michael, managing director of Terra Drone Indonesia and co-founder of AeroGeosurvey. “I believe that by joining forces, we will be able to get technology access across the globe.”

Following the acquisition, the company now has access to technology provided by Terra Drone Corporation. Whenever Terra Drone Indonesia has a new project, the Japanese headquarter will recommend which technology is best applicable, or even which technology from other countries’ projects might be suitable.