Wellbeing in a Bottle 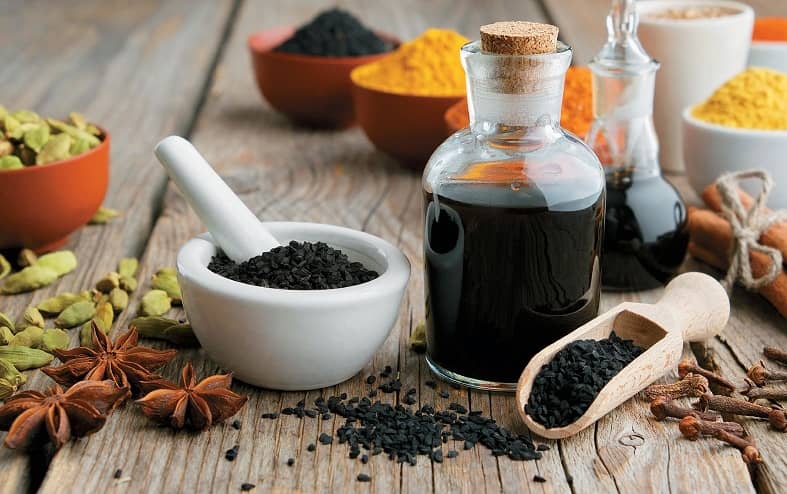 Deepak Agarwal, who comes from a family of chartered accountants and finance professionals, was the first in his family to become an engineer. He was also a sportsperson, playing football for his college team. “I was the goalkeeper, and we were one up in the match, and it was last few minutes,” he says, recalling one fateful game. That was when an opponent’s knee—instead of making contact with the ball—crashed into his back, breaking two vertebrae. The treatment that followed included allopathy and physiotherapy, but what finally seemed to provide long-term relief was ayurveda and yoga. Consequently, Agarwal also became the first person in his family to turn entrepreneur, when he launched Auric in October 2018.

“I worked with Hindustan Unilever for nine years, and realised that we should be more function- and nutrition-oriented rather than flavourand taste-oriented about what we consume,” says the founder and CEO of Auric. “Ayurveda is perceived to be either too complex or too boring; either ancient and old-school or right-wing. But if ayurveda has to go forward, then it has to be simple and aspirational.” Based on this rationale, Auric launched five kinds of bottled, coconut water-based drinks, which address different aspects of health and well-being. A few glugs from a 250-ml bottle, chilled in your fridge, is enough to give you a portion of your daily dose of ayurvedic goodness.

Like for anything that has survived millennia, evolution has been the key to the relevance of ayurveda. What was once consumed as mixtures of herbs, roots and fruits—fresh or dried—painstakingly ground together in stone mortar-and-pestles, changed form about a century or so ago to evolve as tablets, capsules and bottled liquids. And now, yet again, ayurveda is evolving into more contemporary forms—chewable gummies, powders, shakes and out-of-bottle drinks—in order to be appealing to yet another generation that is seeking holistic well-being in times of turbulence.

Lending a hand to this new phase of evolution is a bunch of young people who aim to make ayurveda not just more approachable, but also better suited to contemporary lifestyles and requirements for consumers between 25 and 40 years.

Like 33-year-old Agarwal, there is 36-year-old Vishal Kaushik, who founded Upakarma Ayurveda in 2017 along with his brother Parag Kaushik (27). “Our father was in the allopathic health care industry. But we chose ayurveda because we found a void in the market space,” says Vishal Kaushik. “There are legendary brands that have their loyal consumers, and then there are luxury brands that are of high quality and price. So we wanted to start an ayurveda brand that is world-class, but available at an affordable rate. Since we are a young brand, we have to create something that will last the next 30 to 40 years.”

Coming from a family entrenched not just in business but in ayurvedic practices as well is Ameve Sharma, president of the Baidyanath Group, which was founded in 1917 in Kolkata. “Ayurveda has never been a medicine for me; it has to be integrated into your life,” says Sharma (33). “It includes habits like taking a shot of amla juice every morning. I have seen my father take Ashwagandha once a week. Ayurveda keeps your immunity up, and keeps you healthy. It’s like good nutrition, like eating well.”

But over the decades, says Sharma, ayurveda got influenced by Western forms of medicine, which has a problem-solving approach to health—you pop a pill only when something goes wrong. “Health is not the absence of illness, but the presence of vitality. I felt this was missing in current ayurveda,” says Sharma, who went on to found Kapiva Ayurveda in end-2017, and launched herbal juices in early-2018.