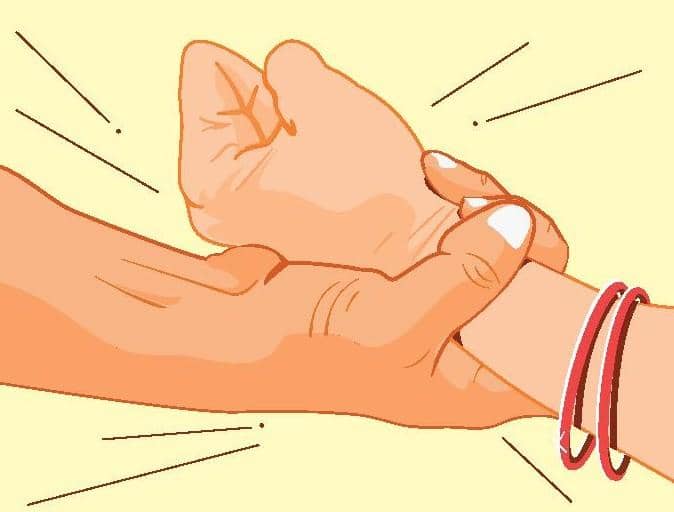 Women’s rights organisations are seeing a spurt in domestic violence cases during the lockdown. Activists demand a change in mindset and better implementation of existing laws to battle this global scourge

Arpita Banerjee (name changed) was looking forward to welcoming her second baby later this year. However, her world came crashing down during the nationwide lockdown when her husband repeatedly thrashed her under the smallest of pretexts. Unable to bear the physical and mental abuse, the seven-month-pregnant Kolkata resident in her 30s walked 10 km with her five-year-old daughter to her mother’s place. She wasn’t welcomed there either as their house was small, so she relocated to her sister’s residence. But it wasn’t a permanent solution. In the absence of any other option, she settled for an overcrowded shelter home.

In Uttar Pradesh, another woman conceived during the lockdown. Her family’s financial condition was so acute that she did not wish to have the child in such precarious times. Upset over this, her husband beat her mercilessly for a couple of days and sent her to her maternal home for good.

Incidents of domestic violence like these have been on the rise since the lockdown came into effect in the wake of the coronavirus pandemic in endMarch. Community centres and non-government organisations (NGO) Forbes India spoke to admit to have seen a spike in calls for help between April and June. While they say many are follow-up cases, several women are reporting abuse for the first time and requesting immediate intervention.

“Domestic violence has always existed in society. It’s not a result of Covid… it has been exacerbated by the pandemic. What we are seeing is just the tip of the iceberg,” says Anuradha Kapoor, founderdirector of Swayam, a women’s rights organisation, which has two crisis intervention centres in Kolkata and another on the outskirts of the city at Diamond Harbour. She says between March 20 and June 30, they offered help to about 1,300 women—900-plus previous cases and over 300 new ones. “It’s a huge number. It’s what we work with during the course of the year,” she says. In fact, at one of Swayam’s Kolkata centres, the number of cases reported almost doubled every month—from about 30 in usual circumstances to 50 in April, 65 in May and 130 in June.

In April, Tedros Adhanom Ghebreyesus, the World Health Organization’s (WHO) directorgeneral, said that as people are asked to stay at home, the risk of intimate partner violence is likely to increase. According to WHO, one in three women globally experiences physical or sexual abuse from their partner in their lifetime. The pandemic has only proved to be an eye-opener to this scourge (see ‘Global Concern’).

Advocate Persis Sidhva says the extent of the malaise will be known only when the lockdown is completely lifted and women get the opportunity to step out of their homes to approach the relevant authorities. “Yes, there potentially could be an increase in domestic violence cases during the lockdown. However, the resources that survivors had to address their grievances substantially reduced during the ongoing crisis. Most people are able to give only helpline support,” says Sidhva, who offers her services to Majlis, a women’s rights organisation that provides legal assistance to victims of domestic violence and sexual assault, among other things.

+917217735372 – National Commission for Women’s WhatsApp helpline during the lockdown

Majlis’s helpline, she adds, has been flooded with calls requesting help since April, but the scale to which these cases has increased will be clearer only once things normalise. “A lot of our clients don’t have mobile phones or the money to recharge them… also the perpetrators are around them 24x7, so only women from a certain class have been able to reach out to us. The magnitude of the problem will be understood once the lockdown is lifted,” she explains.