Relax Weathered The Covid-19 Crisis Better Than Its Peers

Forbes India|November 20, 2020
We're offering this story for free to read so that you can stay updated on the COVID-19 outbreak 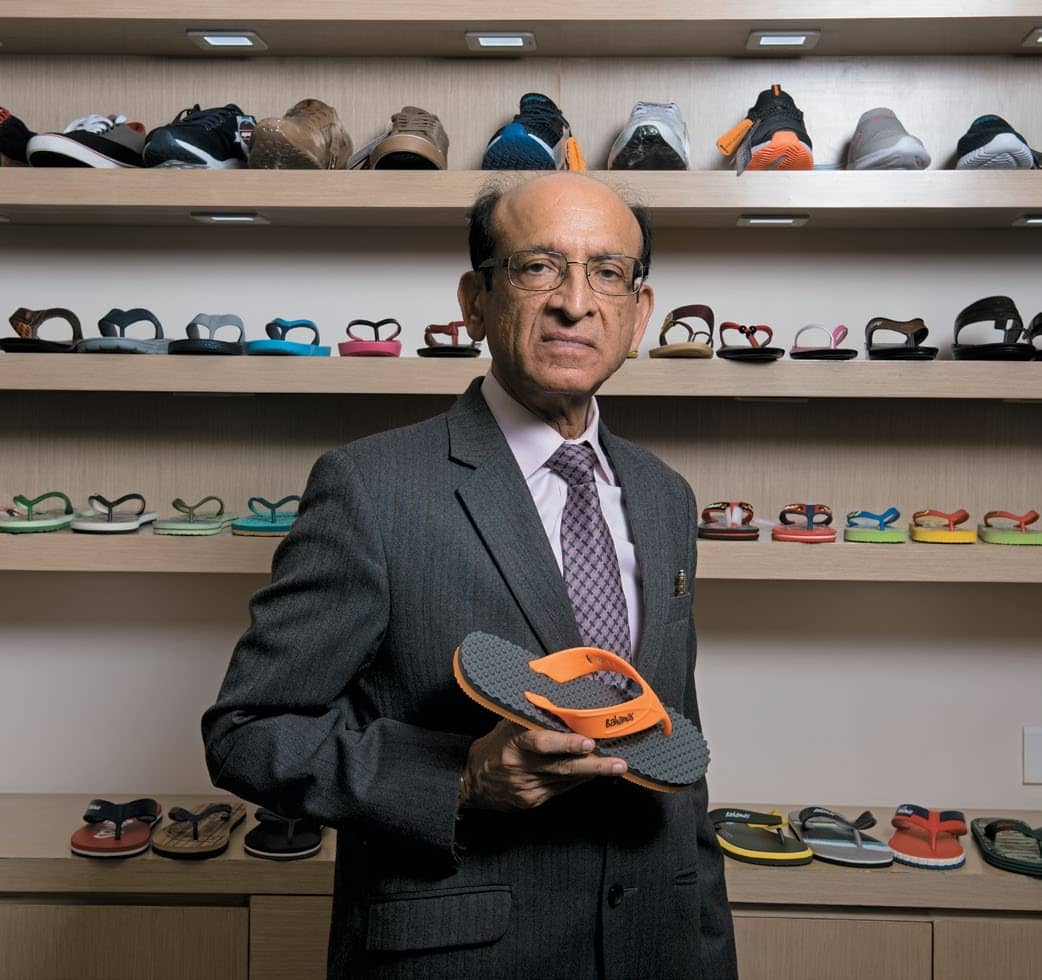 Utility footwear giant Relaxo’s sensibly priced, customer-relevant footwear flew off the shelves during the pandemic, helping the company weather the Covid-19 crisis better than its peers

The Way Forward: With demand for utility footwear rising, Relaxo plans to achieve a daily production target of 10 lakh pairs by March 2021; regular planned Capex of ₹100 crore as the new plant is set to come up next year

In mid-April, when the country was in phase 1 of a complete lockdown, wholesalers in parts of rural Rajasthan and Haryana had been approaching large distributors to pick up essential goods, which included dairy products, groceries, medical equipment, and medicines. “In the tempos where wholesalers were stocking goods for sale, they also bought three to five cartons of Relaxo slippers, to be sold through their own channels,” says Ramesh Kumar Dua, managing director of Relaxo Footwears, India’s largest footwear maker.

Dua narrates this incident, which a distributor told him, while speaking to Forbes India from his corporate headquarters in New Delhi. It indicates the need for affordable footwear—so much so that it is considered essential—for the public at a time when most services and factories were shut due to the pandemic. Relaxo exclusive stores and factories did not open until mid-May.

The company, which started operations in 1976 with just one product—the Hawaii slipper— continued to innovate and has grown to become the maker of over 300 different types of shoes, slippers, and sandals across four brands: Bahamas (includes Hawaii slippers), Sparx, Flite, and Schoolmate. The company has four additional brands—Boston, Mary Jane, Casualz, and KidsFun—in its portfolio, sold only at Relaxo’s exclusive brand outlets (EBOs).

The Indian footwear industry is estimated to be between ₹40,000 crore and ₹80,000 crore, of which the branded non-leather market is about ₹18,000 crore. Here, Relaxo holds a 9 percent market share by net prices, Dua says. In this space, the company battles with rivals such as Paragon Footwear, Khadims, Ajanta Shoes, Campus (Synergy Action Group), Bata India, VKC Footwear and Pantaloons across different regions, categories, and segments, and has found its strength as a mass, utility-based and essential footwear maker.

India is the second-largest producer of footwear globally, producing 220 crore units annually, behind China which manufactures 1,420 crore units each year. Despite this, the per capita footwear consumption in India is very low at 1.7 pairs, compared to six pairs in developed nations, according to the Council for Footwear, Leather, and Accessories (CFLA).

In the post-Covid world, demand for utility-based footwear such as sandals and flip-flops has increased, so comfort and fit have become critical elements compared to style and exclusivity. This is where branded footwear from the organised sector are being favored over small businesses from the unbranded sector.

The scale of Relaxo’s operations can be gauged from the number of pairs it sells. It sold 17.92 crore pairs in FY20. Compare this to Bata India, another listed footwear company in India, which sells in excess of 5 crore pairs each year. Unlisted Paragon Footwear is estimated to sell about 14 crore pairs while another unlisted brand Campus is estimated to be selling around 3 crore pairs.