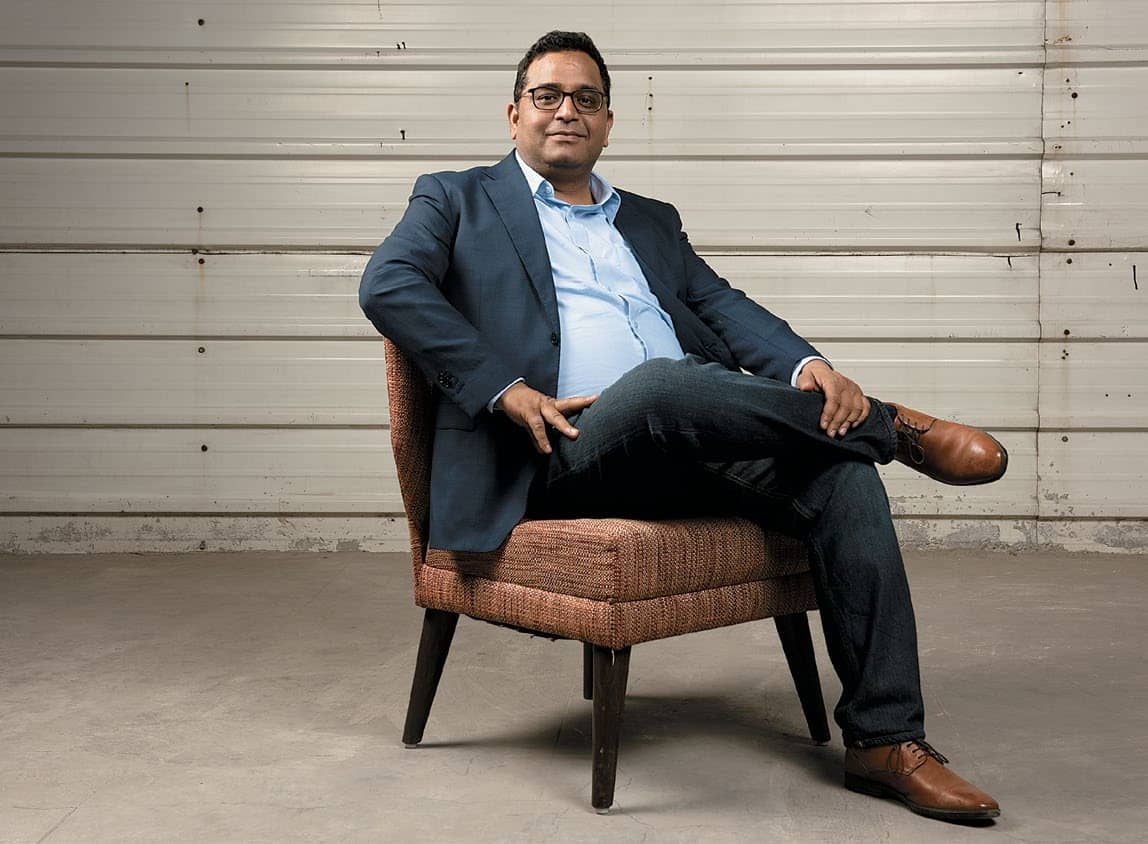 Paytm founder Vijay Shekhar Sharma is leading a concerted effort to build on the success of his payments platform and create a large digital financial services growth engine for his venture. But competition is fierce and success is not assured

The Big Challenges Faced in the Last Year: Delivering customer experience despite the teams working from home

The Way Forward: To build Paytm into a large new-age financial services company that impacts a billion people, and empower MSMEs across India with digital financial technologies

“Paytm is revolutionising access to digital payments and financial services in India. We hope to be India’s champion of new-age enterprises that is committed to proving the country's technology, product, and scale on a global stage,” Sharma, founder, and CEO of Paytm tells Forbes India via email. “Our focus is to democratize wealth, insurance, and lending products that can cater to half a billion Indians.”

Sharma’s rank on the 2020 Forbes India Rich List fell to 62 from 56 in 2019. His net worth, however, remained unchanged at $2.35 billion even as some of his peers from other sectors did better. The 42-year-old bespectacled billionaire started Paytm—short for ‘pay through mobile’— in 2010. He now aspires to build a large new-age financial services company offering banking, insurance, mutual funds, stockbroking, and, of course, the payments platform not just to hundreds of millions of consumers, but also to millions of small businesses. He also operates ecommerce marketplace Paytm Mall, but that hasn’t taken off the way he would have liked it to.

On October 19, Paytm announced it wants to capture 10 percent of the country’s untapped credit card opportunity with a “next-generation” product it was launching. A week prior to that, on its payment gateway operations, the company said it was offering “same-day settlement” to merchants who transacted on its platform.

In August, Paytm Payments Bank offered customers an Aadhaar card-enabled service that could be availed with any banking correspondent. And in July, the company said it had acquired Raheja QBE, an insurance provider, strengthening Paytm’s operations in the segment.

By offering multiple and better payments services to its consumers and merchants, and adding new financial products and services, Sharma is trying to accelerate a pivot to financial services, which might have started way back in 2018, as the growth engine for his business.

NEED OF THE HOUR

Financial services become even more important today because of Paytm’s pure-play marketplace for online retail is now a distant third after Flipkart (a Walmart unit) and Amazon. “In online retail, Paytm is small and it’s becoming smaller,” explains Satish Meena, senior forecast analyst at research firm and consultancy Forrester. “Most of the growth in the market is being captured by Amazon, Flipkart, Myntra, and BigBasket.” Paytm has also “scaled down its ambitions” in online retail, and is not splurging anymore compared with the many cashback enticements it used to offer customers earlier, he says.

Paytm wanted to make a big bet on what it called ‘offline to online’—to get millions of local stores to list on Paytm Mall and see customers buying from their own local stores via the marketplace. “But it never picked up,” says Meena. The problem was not at the back-end, but at the frontend, meaning that while Paytm had the tech and the know-how to get the stores online, customers didn’t take to Paytm Mall. Amazon and Flipkart became the default options.