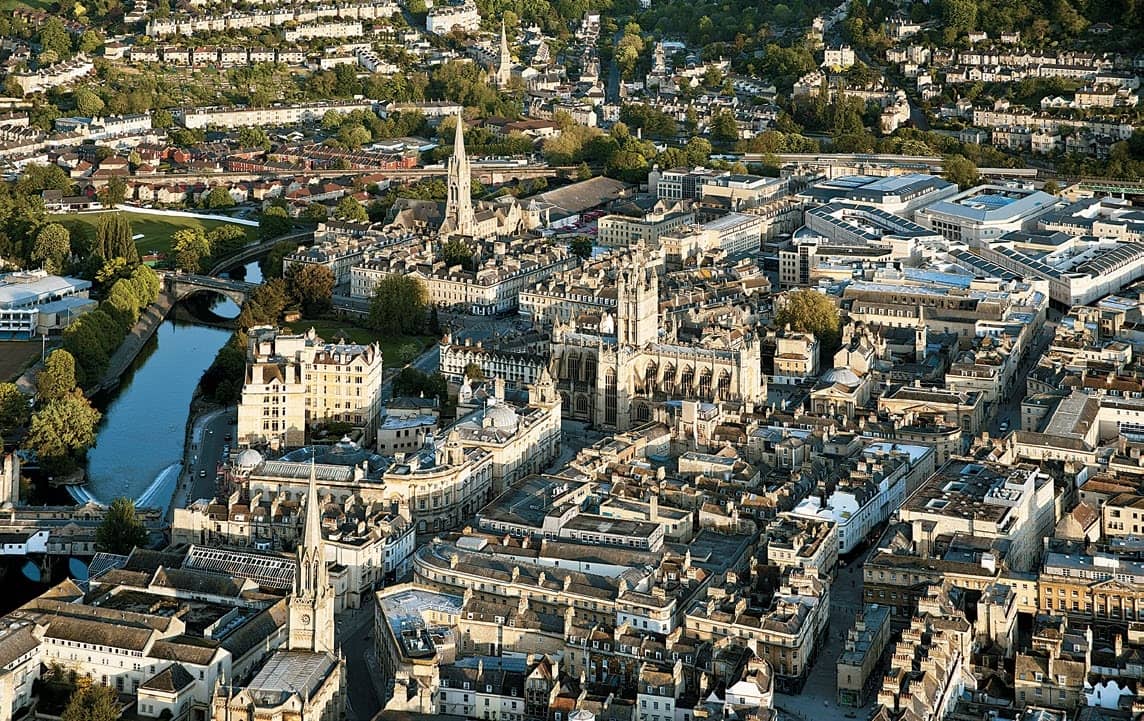 Nestled between the rolling hills of Somerset beside river Avon, just two hours by train from the hubbub of London, sit the Palladian buildings of Bath, a city founded by the Romans in 1st century AD as a thermal spa. The Roman bathhouses and the city’s enthralling architecture have earned it the status of a Unesco World Heritage Site.

Called the ‘Monte Carlo of Britain’, Bath became a thriving spa resort, attracting the fashionable sections of society from 17th century onwards. They flocked here looking for both a cure for their illnesses—“take the waters”, as it was once known—as well as the perfect spot to hobnob. Today the city hosts one of the world’s best-preserved Roman Baths, the Gothic splendour of Bath Abbey, the 200-year-old Royal Theatre, and the Queen Square complex with its unique edifices. Interlinked spaces formed by crescents, terraces and squares blend seamlessly into lush greenery.

Incredibly, many of the city’s Roman attractions, several of which are subterranean, still exist in excellent condition, and are visited by over a million tourists every year. “Though there has been some loss of Georgian buildings elsewhere, Bath remains remarkably well-preserved despite its provenance going back more than 2,000 years,” says my local guide, as we walk on Roman pavements past the Temple of Sulis Minerva, the Roman town of Aquae Sulis, and the bath complex.

Located next to the excavated Roman Baths, the thermal springs were reopened to the public in 2006 in a fresh, new avatar as Thermae Bath Spa, consisting of an ensemble of Georgian buildings accented with contemporary flourishes. “The spa is the only place in Britain where you can bathe in naturally warm, mineral-rich waters as the Celts and Romans did,” the guide adds. The spa, which extends over several floors, also hosts the New Royal Bath that was designed by feted English architect Sir Nicholas Grimshaw by fusing glass, stone, light and water as design elements.

Despite Bath’s enduring allure as a tourism destination, it remains vulnerable to pressures of modern development and climate change. The biggest challenge, say local conservationists, is to juggle the demands of a modern metropolis and popular tourist attraction with those of conservation required in a Unesco World Heritage Site. Encroachment on the city’s green belt doesn’t make it any easier.