No Shot In The Dark 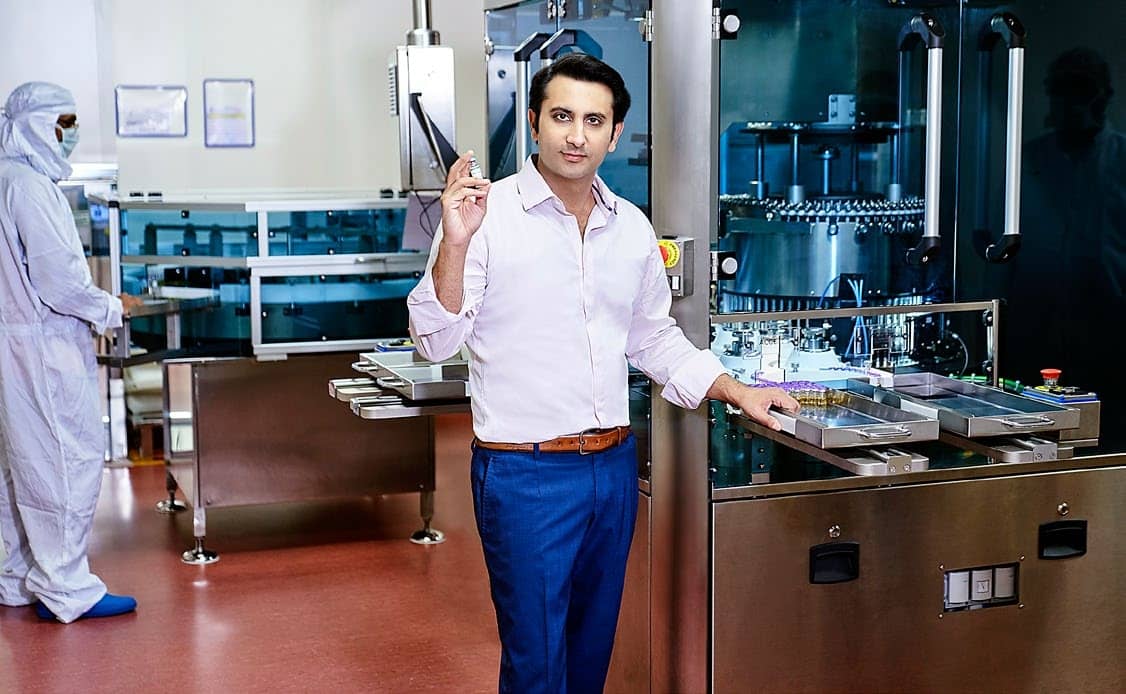 Adar Poonawalla is betting big on a Covid-19 vaccine, and preparing for the next possible pandemic

Adar Poonawalla has much to thank god for, especially during these trying times. Of course, the 39-year-old runs the world’s largest vaccine manufacturer and is heir to the fortunes of his billionaire father, Cyrus Poonawalla, the 165th richest man in the world with personal wealth in excess of $10.9 billion, according to Forbes. Yet, it is a decision to walk away from selling a stake in his company, the Serum Institute of India, sometime in 2015 that he is grateful for.

Five years ago, the privately-owned maker of vaccines was contemplating a 10 percent stake sale to private equity (PE) firms and sovereign funds at a staggering valuation of ₹80,000 crore. The deal would have been India’s largest PE investment, and came close on the heels of merger talks with homegrown pharmaceutical giant Cipla.

“We had looked at a stake sale because people said, you’ve got so much value in your company, why don’t you unlock a little bit of that and use it to acquire technologies or other companies,” says Poonawalla. “But some of the larger acquisitions we were looking for, worth between $1 billion and $2 billion, didn’t go through. We then said forget it. Thank god for that.”

Not selling the stake to a PE fund, which would have eventually forced the Poonawallas to go public, is now proving to be a blessing amid the Covid-19 pandemic, when Poonawalla is betting against all odds on an unproven vaccine that could potentially stem the spread of the coronavirus. The vaccine, ChAdOx1 nCoV-19, being developed by the Jenner Institute at the University of Oxford, is a frontrunner among about a hundred others that are being developed around the world.

“It’s a huge personal risk I am taking,” Poonawalla says. “But it’s a risk I can take because we aren’t a listed company. If we were a listed company, I would have to be accountable to shareholders, investors, and bankers.” By midJune, Pune-based Serum Institute will begin manufacturing the experimental vaccine, having put on the backburner another project to produce monoclonal antibodies. That opportunity, Poonawalla reckons, could cost him millions of dollars. “I am afraid to even calculate that figure so I can live in self-denial of the many millions of dollars that I may have lost,” he says. “But again, I’m only accountable to myself.”

For now, his bet seems to be on track, barring minor hiccups. Scientists developing the Oxford vaccine have claimed an 80 percent potential for success, having already proven in trials that the inoculations were harmless to humans. The vaccine uses a weakened version of chimpanzee adenovirus as a vector, infused with the genetic material of SARS-CoV-2 spike protein, and is currently in advanced human trials involving some 10,000 people. The US government has agreed to pay $1 billion to buy 400 million doses from AstraZeneca, the British pharmaceutical giant, tasked with the distribution. “We should be able to make about 4 to 5 million doses per month,” Poonawalla says. And scale it up to about 400 million doses a month.”

Serum Institute will not be producing all of the ChAdOx1 nCoV-19 vaccine doses across the world, but will have exclusive manufacturing rights for the Indian market, with a population of over 1.2 billion people, in addition to a few low-income countries. “We are the only ones who have the capability, so perhaps you can say it is exclusive,” Poonawalla says.

Right now, Serum Institute is firming up a deal with Cambridgeheadquartered AstraZeneca, who would develop, globally manufacture, and distribute the vaccine developed by the Jenner Institute and Oxford Vaccine Group. AstraZeneca was brought in by the UK government for its expertise in late-stage drug trials, financial resources, and global distribution. “We can’t comment on the ongoing deal with AstraZeneca,” says Poonawalla. “We have an excellent relationship with them and we’re working out its terms.”