Made In Uttar Pradesh, Sold In Sweden 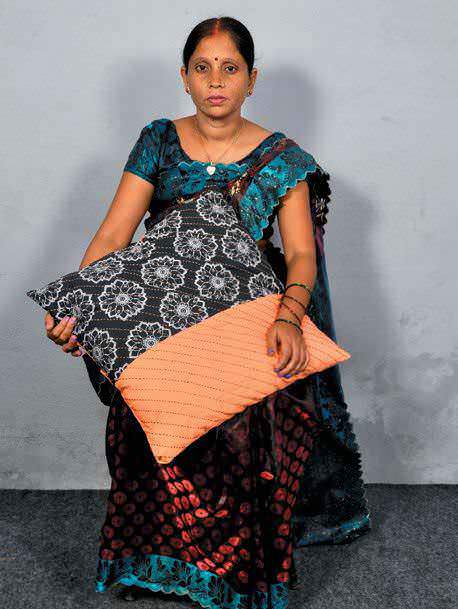 As it gets ready to open its first outlet in India, home furnishing giant IKEA turns to rural and semi-rural regions to help double sourcing from the country from 315 million to 630 million euros

Every day at 8.30 am, Sulekha Bharti steps out of her house in Keshopur Sarpataha in Sant Ravidas Nagar district, Uttar Pradesh (UP), and hails an auto-rickshaw for the half-an-hour, four kilometre drive to the IKEA workshop in Gyanpur, a small town near Varanasi. The day I meet her, she is wearing a bright red sari, her long hair tied neatly in a bun. She is one of the hundreds of women in UP who, for the past three years, have been making textile products for the Swedish home furnishing giant.

IKEA, which grossed 28.7 billion euros in sales in FY14, sells ready-to-assemble furniture, appliances, kitchenware and household goods in 46 countries, with its largest markets in Germany, the US and France. Though it doesn’t have a presence in India yet, it has been sourcing products from the country for the past 28 years. In 2014, it procured 315 million euros worth of goods from 48 Indian suppliers; it wants to increase this to 630 million euros by 2020. For now, the goods sourced are mostly textiles, but the Swedish giant is planning to expand the scope and sourcing model, even as it is laying the groundwork for an India store by 2018.

Bharti is part of the retail giant’s most recent initiative—Next Generation—which aims to include and support the development of small-scale entrepreneurs in its supply chain. The handcrafted limited edition products that she makes are shipped to Europe and sold in 31 IKEA outlets across Sweden, Austria, the UK and Switzerland. For the 27-year-old— who, like many of her colleagues in the Gyanpur centre, was married at the age of 15—the novelty of leaving the family house, without the permission of her husband, has yet to wear off. Perhaps it never will. Until three years ago, she was confined within its walls in her role as wife, daughter-in-law, mother (she has two sons aged 5 and 9), cook and all-purpose house help. On the rare occasion when she went outside, she had to cover her face with the traditional ghoonghat or veil.

Then in 2012, after participating in a training workshop, she was recruited by artisan-run social enterprise Rangsutra, which is partnering with IKEA for its Next Generation initiative to produce handcrafted products like cushion covers, pillow cases, table runners, and bedspreads. The Rajasthan-headquartered Rangsutra, which also supplies products to companies such as lifestyle chain Fabindia, is one of IKEA’s 48 suppliers in India. In the south, the Swedish company has partnered with Industree Producer Transform in Bengaluru, which employs around 200 artisans and craftsmen who make shoulder bags, baskets and storage boxes out of natural banana fibre.

Social entrepreneur businesses like these will play an important role in IKEA’s supply chain when it starts shop in India. When the home furnishing company was granted permission to operate in India in 2012, it had announced that it would invest about Rs 10,500 crore over 10 years and open 25 retail outlets across the country. Indian consumers, however, will have to wait for three years before they can shop at an India IKEA store as the company has to build a brick and mortar outlet from scratch.

IKEA recently bought a 13-acre plot in HITEC City in Hyderabad. Though this is the first plot of land it has bought in India, it does not mean that the company will open its first store in the country in Hyderabad. IKEA is simultaneously looking for land in Delhi/NCR, Bengaluru and Mumbai.

The retailer has been struggling to find the right piece of land, especially because a typical store can range from anywhere between 2 and 4 lakh square feet on 8 to 10 acres of land. Its outlets, which can pass off as mini-townships, need to be located near highways with easy accessibility to cities. “We offer about 9,000 home furnishing products for sale. In our stores, we have many room settings that give customers inspiration, a large restaurant and play facilities for children. Therefore, the space required is large,” says IKEA India CEO Juvencio Maeztu, 47.

If all goes as planned, women like Bharti will play an important role in IKEA’s India story, and Next Generation, which IKEA describes as a business initiative with a social mission. The home furnishing company has implemented this initiative with a special focus on countries like Thailand and India that score low on the United Nations sustainable development goals.

OF VEILS, CELLPHONES AND BANK ACCOUNTS