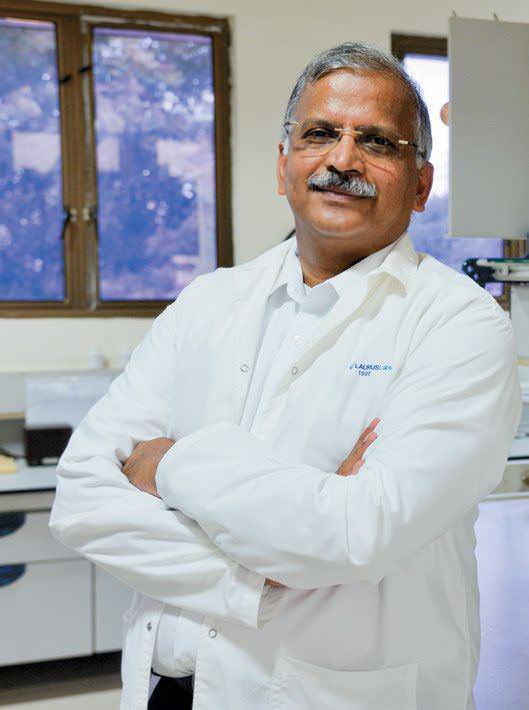 Although a chemist by profession, Satyanarayana Chavas astute business sense is reflected in the success of his Hyderabad-based pharmaceutical startup.

When Dr Satyanarayana Chava started Laurus Labs in 2007, he invested nearly Rs 60 crore of his own money into it. His confidence in its success was neither bravado nor bluster, but defined by his knowledge of the pharmaceutical industry. Eight years on, the Hyderabad-based company is on track to reach revenues of Rs 2,000 crore by the end of FY2015.

Chava, now 52, has more than two decades of experience in the pharmaceutical industry; in his last job, he was chief operating officer (COO) of the successful startup, Matrix Laboratories. Of his 10 years there, he says with pride, “I never skipped a promotion and got to work in all departments.” His dedication, coupled with a sound understanding of what it takes to start a pharmaceutical company, is what makes Laurus Labs among the hottest startups in this sector.

Initially, Chava planned the business around research and development (R&D). He wanted Laurus Labs to focus on contract research and make money from royalties. “In India, companies start with manufacturing and then get into R&D,” he explains. “I did it the other way round.” He focussed his fledgling company’s resources on developing formulations for medicines, and licensed them to other pharmaceutical players. In the early months, Laurus Labs had 10 people in manufacturing and 300 in R&D.

In June 2007, Aptuit, a US-based contract research organisation (CRO), signed it on for a $20 million (then Rs 80 crore) contract. But despite this injection of funds, Chava was unable to sustain his original idea of developing technologies for other companies. At the time of the Aptuit deal, Laurus Labs’s annual revenues were not even $20,000 (Rs 8 lakh at the time). In 2008, Chava decided to start manufacturing active pharmaceutical ingredients (API), which, as the name suggests, are chemicals or key ingredients in drugs required to make the medication work. His early investment into R&D benefitted Laurus Labs; it maintains a large repository of research-based knowledge that forms the bedrock of any successful pharmaceutical business.