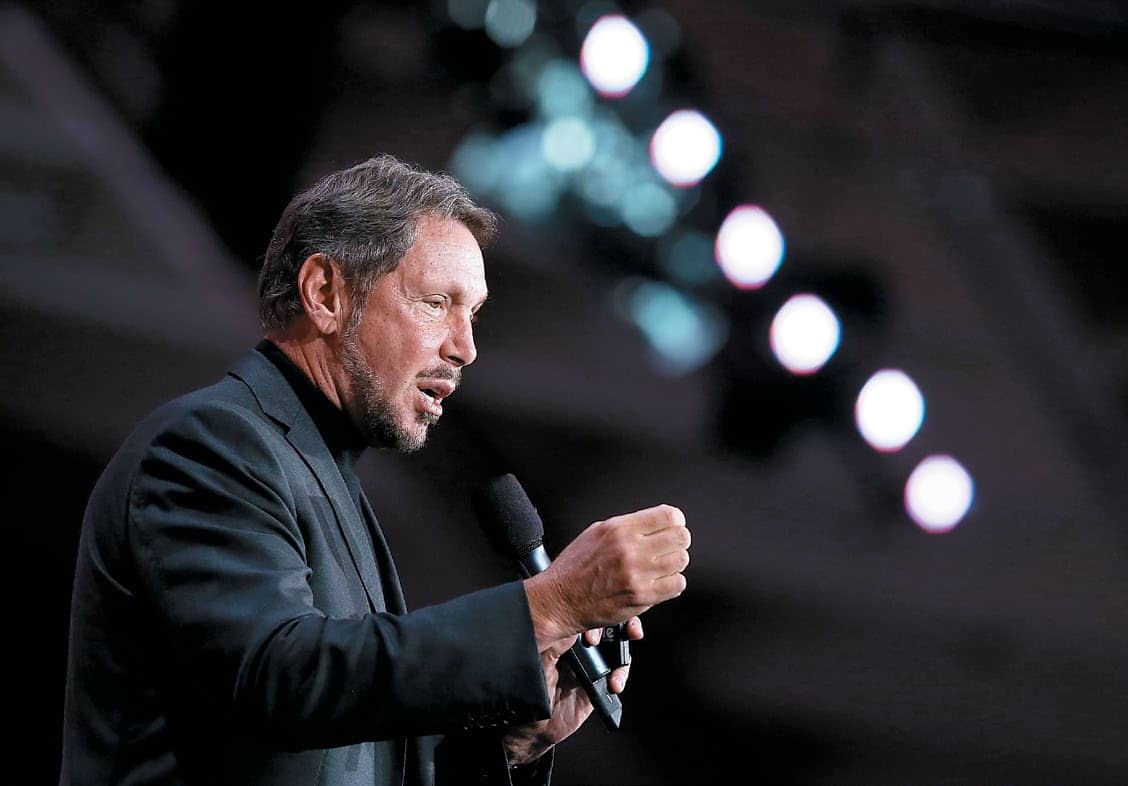 The fifth-richest person in the world has been quietly turning an entire Hawaiian island into a wellness experiment. Now Oracle founder Larry Ellison has been drafted into the fight against the coronavirus, a critical test of whether data can indeed save us

As Larry Ellison sits in one of several idyllic bubbles he has created for himself, a lush 249-acre estate in Rancho Mirage, California, the playground of the powerful near Palm Springs, the world begins to fall apart. It’s Black Thursday, March 12: The US stock market has suffered its greatest single-day percentage fall since the 1987 crash, President Trump ordered a ban on visitors traveling from Europe, the NBA’s season was suspended, Disney decided to close its theme parks and America’s dad, Tom Hanks, announced that he had the coronavirus, the scourge causing all these things.

And no, not even a desert oasis can offer protection from the deluge. The founder of Oracle has already seen his company’s stock drop 11 percent this day, and now torrents of rain pour down as if on cue. “Last week?” says Ellison, 75, who has been preparing to host 450,000 tennis fans for a tournament that will no longer be. “That was a year ago.”

Ellison has built a $59 billion fortune, the world’s fifth-largest, by harnessing data. No surprise that he’s already taken preemptive virus measures. Staffers greet guests at his estate with a no-contact thermometer just outside the gates. Those deemed sufficiently temperate pass by bottles of Purell, already a scarce commodity, neatly arranged on a coffee table. Cleaners are everywhere; as we talk in the estate’s tennis pavilion, with both clay and hard court surfaces, adjacent to his personal 18-hole golf course, workers in waterproof black attire intermittently squeegee the windowpanes.

From a corporate perspective, Ellison had similarly tried to inoculate Oracle two hours earlier on the company’s quarterly earnings call. Although he stepped down as CEO in 2014, he remains chief technology officer and more than in name only. “He’s really one of the best engineers I’ve met,” says Elon Musk, a close friend. “When we engage on a technical subject, he understands it very quickly, even when it’s out of his normal arena, not software.” Ellison joined CEO Safra Catz on the call; the pair reported figures that beat Wall Street’s estimates, with Ellison rallying listeners with updates on the company’s autonomous-database efforts. “There is no human labour,” he told analysts. “Therefore, there is no human error.” In after-hours trading, Oracle stock began recovering.

Now, under the dark sky, Ellison turns his thoughts to the larger world. Over the past eight years, he’s spent at least half a billion dollars on a Hawaiian island, Lanai, that he has turned into a laboratory for health and wellness powered by data. “Wellness is our product,” says Ellison, speaking as if the secret to good health is achieved through processing bytes of raw data—which, for Ellison, it is. He named his wellness company Sensei, the Japanese word for master, and the sensei in Sensei, according to Ellison, is (you guessed it) data.

His plans for Lanai and Sensei had originally revolved around creating a data-driven health utopia, powered by clean energy, that could serve as a global prototype. But as with the rest of the world, the coronavirus was prompting a dramatic real-time shift. Within days, Ellison and President Trump were on the phone. Neither side will say who initiated the conversation.

While Ellison declined to delve into the specifics of the call, his team confirmed the general details. Trump and Ellison had been publicly linked in February, for a fundraiser at the Rancho Mirage compound that caused employees at the generally apolitical Oracle to walk out in protest. “Be absolutely precise,” Ellison now says. “I said President Trump could use the property. I was not here.” Ellison says he has never given money to Trump but will support any president currently holding the office. “We only have one president at a time,” he explains. “I don’t think he’s the devil—I support him and want him to do well.”

Without a vaccine, doctors around the world are experimenting with medicines to treat Covid-19, from antimalarial drugs to an antiviral used to fight Ebola. Ellison asked Trump if a clearinghouse existed for real-time data about treatment efficacies and outcomes. Trump said no. (The White House declined to discuss the Ellison partnership.)

“Larry said, ‘I will build you a system so doctors and patients can enter information, so we can know what’s happening,’ ” says David Agus, a cancer doctor who leads the Lawrence J. Ellison Institute for Transformative Medicine at the University of Southern California and is co-founder of Sensei. “The president said, ‘How much?’ And Larry said, ‘For free.’ ”

Within a week, Ellison enlisted an undisclosed number of Oracle engineers to work with Agus, the Food and Drug Administration, the National Institutes of Health and other federal agencies to create a database for the country’s coronavirus cases.