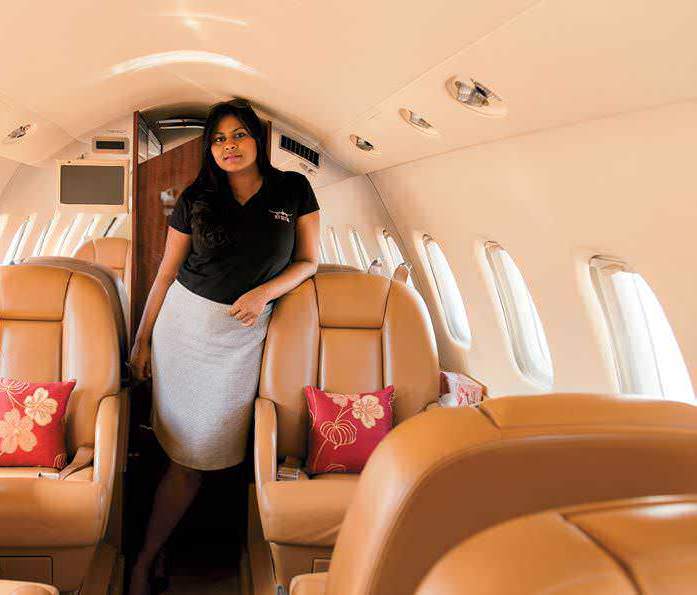 Chartering a private jet for birthday parties or a business trip is now a breeze for the moneyed, thanks to JetSetGo-the Uber of Indian skies.

About three months ago, a Gulfstream G650, a leading luxury business jet, flew into New Delhi from the US. The aircraft, which was chartered for a one-way trip, would have normally returned empty legged to its home airport. But this is the Information Age. Many high net worth individuals in the country were notified of the empty leg charter space in the aircraft thanks to JetSetGo, a New-Delhi based startup that aggregates private jets, much like Uber does with cabs. Soon enough, a member of one of India’s top business families chartered the aircraft to Nice, in France, for about £58,000 (around Rs 58 lakh).

Likewise, around the same time, JetSetGo got 19 inquiries for an Airbus Corporate Jet that was to return to Europe without passengers after being booked for a one-way trip to New Delhi. Eventually, a US-based industrialist chartered the jet for 95,000 euros (approximately Rs 70 lakh).

For the affluent, there is nothing that money can’t buy. “We have organised around four to five birthday parties, for eight- to 16-year-olds, on a private jet in the last seven months,” says Kanika Tekriwal, 27, CEO and co-founder of JetSetGo. The cost of chartering a private jet for a birthday party starts at around Rs 60,000 an hour and can even touch Rs 2.5 lakh per hour, depending on the aircraft. “We have also organised bachelor parties and pre-wedding photo shoots among other experiences on a private jet,” adds Tekriwal, whose company received funding (amount undisclosed) from cricketer Yuvraj Singh earlier this year.

Another notable experience that Tekriwal’s JetSetGo organised recently was a tailor-made, seven course meal for a couple who wanted to go on a date in a private jet. The menu included ostrich eggs, crabmeat risotto, parma ham and pate among other delicacies. The culinary air experience cost around Rs 5.5 lakh, which is roughly the cost of a mid-sized sedan.

For India’s moneyed, chartering a private jet is now a breeze compared to a few years ago when the market was fragmented, opaque in its dealings and dominated by brokers and middlemen. “If you didn’t own a private jet, you ended up calling 10 operators, 30 brokers and everyone was misleading you,” says Tekriwal. Her idea of aggregating private jet operators onto an online platform and then creating luxury experiences was aimed at resolving these issues.

Tekriwal found her way into this business by chance and somewhat by design. Brought up in a Marwari family in Bhopal, Madhya Pradesh, Tekriwal says she was told by her parents that they would find a groom for her once she graduated. Life, however, would take a different turn. After her schooling in The Lawrence School, Lovedale in Ooty, Tamil Nadu, Tekriwal enrolled for a course in visual communication and design at the BD Somani Institute of Art & Fashion Technology in Mumbai in 2006.

While in college, she found herself a part-time creative job at the diversified conglomerate Indiabulls, which was at that time setting up an aviation division. And Tekriwal, who had dreamt of being a pilot as a child, got an opportunity to work in that department. In December 2009, she packed her bags and went to pursue an MBA at Coventry University in England. She also bagged a job at Aerospace Resources, a UK-based aviation consultancy firm. “My biggest learning then was that India was a football field of opportunities and no one was capitalising on it,” she says. Her assignments with the firm brought her in close association with air charter companies in India. On completing her MBA, she headed back to India in early 2011.