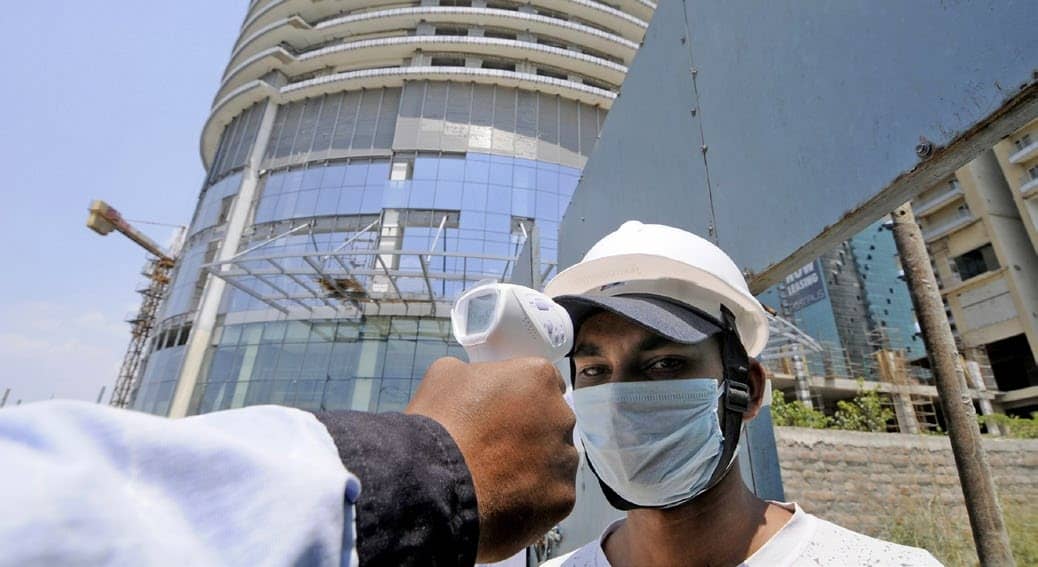 The liquidity crisis of 2018 left the real estate sector floundering. Will Covid-19 be the last straw on the sector’s back?

It was February 2010. The Indian real estate community had congregated at The Atlantis in Dubai for the annual meet of the Confederation of Real Estate Developers’ Association of India (CREDAI). The champagne flowed, people partied, dinners followed at the Burj Khalifa. It was just two years after the global financial crisis and developers thought they were back with a bang. They went on to raise prices, offer fancy loan schemes and build massive malls and commercial buildings. But over the last decade, the sector has crumbled and now the Covid-19 outbreak has left them gasping for air.

One look at promotional text messages from residential real estate developers reveals how prices are moving in the sector across the country. A developer who was offering its 1 BHK at a starting price of ₹63 lakh in the central suburbs of Mumbai in January had repriced it to ₹51 lakh in the last week of April. In the times to come, residential prices will fall further, say industry experts.

“We see weakness in new bookings for FY21 due to deferral in purchases, and we also see a higher risk of cancellations in the near term for bookings done in the near past,” says Mohit Agrawal, research analyst, IIFL Institutional Equity Research. He adds, “Our base-case assumptions have seen a 40-60 percent decline in new bookings, including a nearly 10 percent reduction in property prices over FY21, with a gradual recovery over FY23 and beyond.”

Capital markets and investment group CLSA’s Kunal Lakhan in his report released on May 11, too says that prices in Central Mumbai—Lower Parel and Worli— have seen a drop of 12-15 percent post Covid-19 but prices had been falling even post receiving occupancy certificates as investors had been offloading their inventory holdings. According to the report, just these two micro markets have an overall unsold inventory of nearly 3,000 units worth ₹290 billion, which Lakhan believes will take 9-10 years to sell.

“The delay in sales conversion due to the Covid-19 situation is likely to affect business growth plans in the short term. But we do not anticipate major correction in prices given the high input costs,” says Gaurav Sawhney, president, sales and marketing at Piramal Realty, adding that they envisage tactical offers from industry players to boost sales.

Arvind Subramanian, chief executive officer at Mahindra Happinest, the affordable housing business of the Mahindra Group, agrees. “The Covid-19 will have a protracted impact on the sector and there will be a fundamental reset in the real estate business,” he says. “While initially there was panic, residential is a durable category and we don’t see that going away, but just a contraction of demand.”

Mahindra Happinest is developing nearly 16 lakh square feet across Chennai, Mumbai, Bengaluru and Pune. It began construction on some of its sites after the partial lifting of the lockdown on April 20 and has nearly 1,000 labourers across its camps.

But more than demand side problems, Subramanian is concerned about the immediate supply side challenges that are cropping up across core infrastructure sectors in India. “While we have provided our workers shelter, food and wages, they are getting calls from their families and the mental frame they are in, the moment long-distance trains start they will go back. So the coming three to four months are going to be quite difficult,” he says.