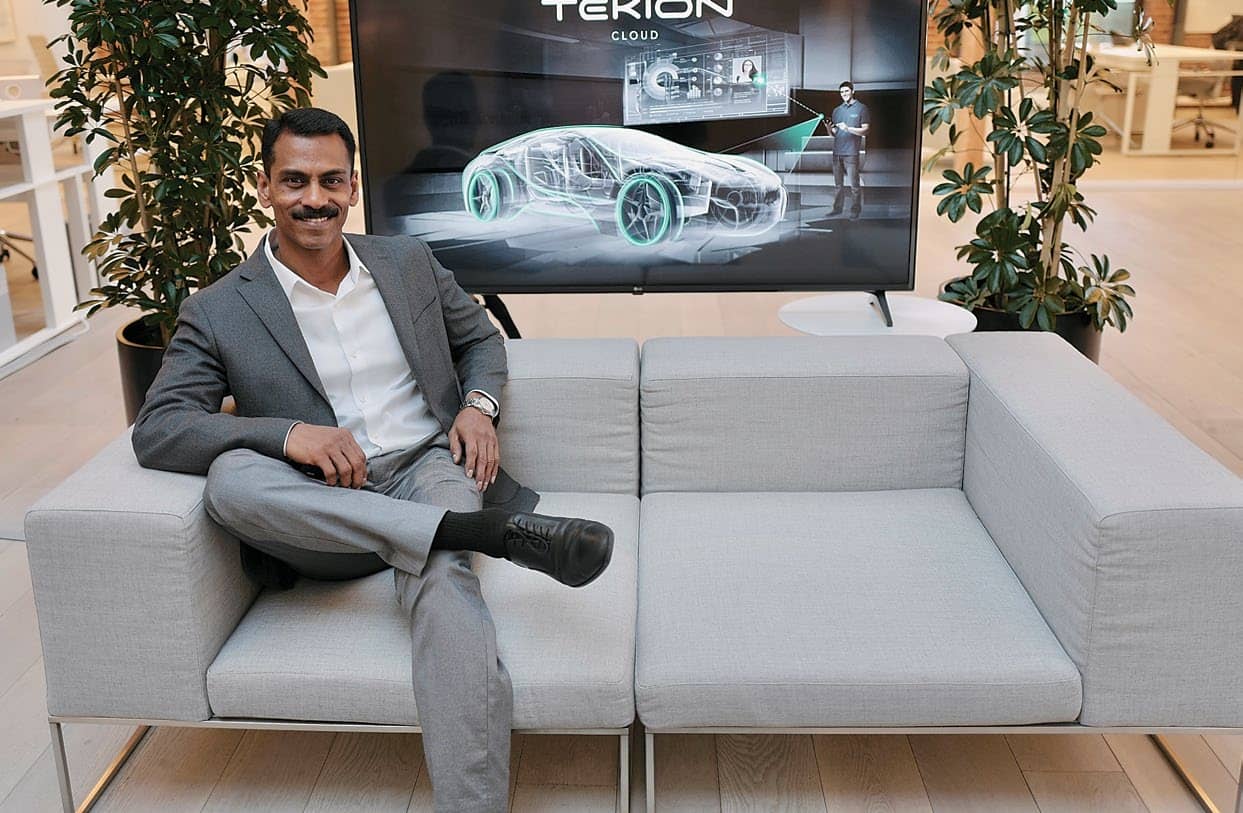 How Jay Vijayan—a politician’s son, geology student and former Tesla techie—built Tekion, a billion-dollar company that will make its india foray next year

If it wasn’t for his politician father, Jay Vijayan could have possibly been dabbling in Tamil Nadu’s political arena today. Instead, the 48-year-old has built one the world’s latest unicorns, California- headquartered Tekion Corp.

In the 1990s, Jay’s father K Vijayan, a long-time leader of the Indian National Congress in Tamil Nadu, tore away his son’s candidature form for the local councilor elections to goad him into taking a salaried job. “He tore away my application form,” Jay tells Forbes India over a Zoom call from California. “I was young… we wanted to change things and everybody told me that I will win by default since my father was a leader. But he pushed me to pursue a regular job.”

Today, he looks back at his father’s decision with gratitude. “He certainly did the right thing,” emphasises Jay.

In October, Tekion became a unicorn after it raised $150 million in a Series C financing round. A cloud technology company that Jay founded in 2016, Tekion offers a software as a service (SaaS) platform for the automotive industry that helps connect customers, car manufacturers, and dealers on its cloud-based platform, helping create seamless experiences from buying a car to managing its inventory and spare parts.

“There is a trust issue in the industry,” says Jay. “Customers don’t trust dealerships. Dealerships don’t trust the original equipment manufacturer (OEM). And OEMs don’t trust dealers. If the OEM and the dealer can provide transparency to the customer and the best experience, then it’s a win-win situation. That’s what we are solving with Tekion.”

The cloud-based subscription service is currently used by 17 car manufacturers. The platform uses machine learning and artificial intelligence to suggest everything from purchase options for car buyers, availability of spare parts and service schedules, and also provides market intelligence to dealerships. At the center of it, all are the dealers who can use the platform to streamline operations. The company’s investors include General Motors, BMW, the Renault-Nissan-Mitsubishi alliance, and Airbus Ventures.

“Today, manufacturers, dealers, and consumers all operate in silos even though they are connected,” explains Jay. The company had earlier raised $65 million in its Series B funding round from Exor, General Motors, and Alliance Ventures, among others. Next year, the company plans to make its foray into India—where a significant number of its workforce is.

“I would say he is ahead of his times,” says Vinay Piparsania, former consulting director for automotive at Counterpoint Research. “Tekion can connect the two ends of the vehicle purchase journey, from pre-ownership to post ownership. And Jay has built a scalable model, which companies can look to adopt. Many of the global automakers are struggling with legacy issues, and haven’t been able to move to make full use of the cloud.”

While Tekion has found itself in a rather covetable league in a short span of four years, Jay’s journey hasn’t been easy. In fact, he had to shut down a family-run business for lack of funds.

Born and brought up in a middle-class Indian family, Jay studied in Chennai where he went to schools that offered matriculation syllabus. His father ran a training institute for radio and television in the city, while also dabbling in politics. “He was doing alright,” says Jay. “But, he was always busy in politics and didn't spend too much time in expanding the business. But we got by.”