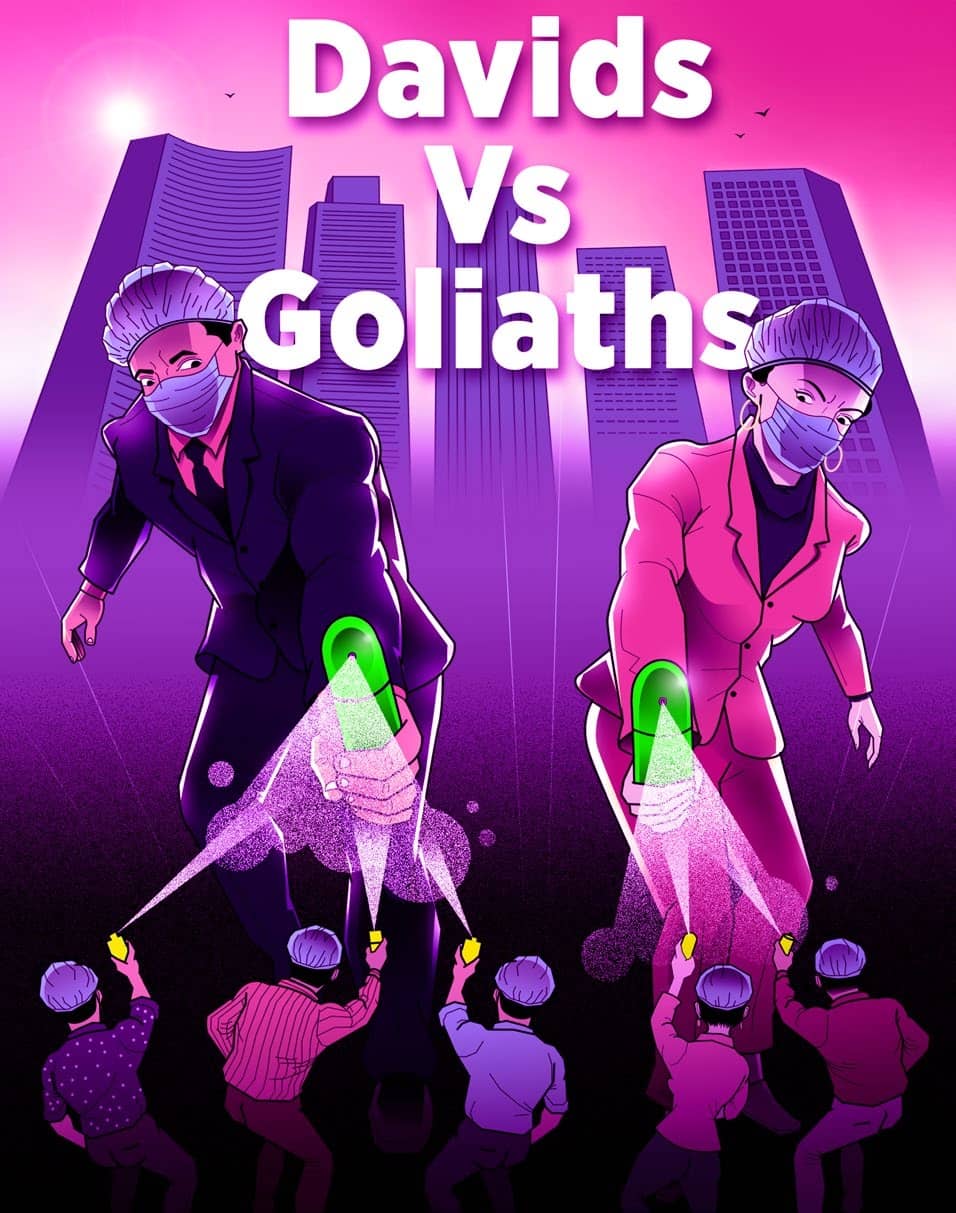 Companies across sizes and sectors are tapping into the increasing demand for hand sanitisers, but survival in a crowded market will be an uphill task

Nitin Totla recognises a business opportunity when he sees one. After dabbling in multiple small-scale ventures in the manufacturing industry, including making e-rickshaws, renting out JCB machines and forging metal, the businessman from Indore turned towards the sanitiser market earlier this year. When a nationwide lockdown to tackle the spread of the coronavirus was announced in March, the 48-year-old saw people frantically buying hand sanitisers to prevent infection, and there was a huge gap between demand and supply. Without wasting time, Totla set up Farmacium India Pvt Ltd to secure his place in the growing personal hygiene market.

A report by data analytics company Nielsen India states that as many as 152 new players entered the sanitiser manufacturing market in March. Totla’s brand, ‘Dr Sanitizer’ was one of them. The businessman’s strategy to survive the competition was to meticulously follow World Health Organization (WHO) guidelines, which mandated that sanitisers must have over 70 percent alcohol content to be effective. One bottle of Dr Sanitizer contains as much as 80 percent alcohol, and Totla manufactures sizes ranging from 90 ml to 50 litres. Declining to reveal sales or revenue numbers, Totla explains that he sells to various government offices across Madhya Pradesh.

“I know sanitiser manufacturers who add 10-20 percent alcohol but claim it has over 70 percent. Those sanitisers are easily available but don’t solve the purpose,” he tells Forbes India. Given an encouraging initial response, Totla—whose friends from the local hygiene and alcohol market of Indore helped him with the technical knowhow—is now planning to start retailing his product.

There were two main reasons for new players to enter this market, according to Charu Sehgal, partner and leader, life sciences and health care, at Deloitte India. “First, the huge demand for and the relative ease in making sanitisers made sure many new players entered the industry. Second, a lot of small-scale players who lost their regular business entered this space,” she says.