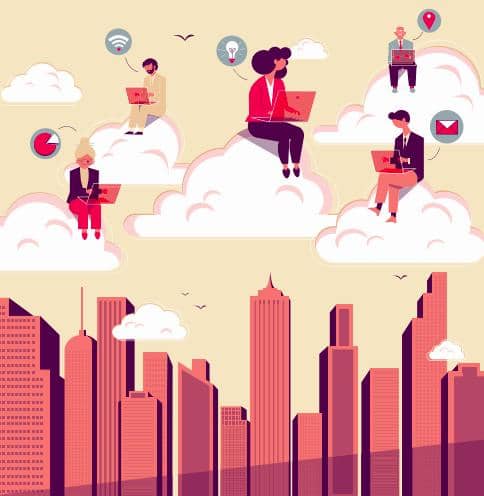 Google Cloud India is gunning for enterprise customers by putting together a world-class team, and backing it up with its know-how

Google’s cloud-computing business has been accelerating its push for enterprise customers, especially with milestones such as Anthos, a sophisticated all-software cloud services management platform that the search giant released last year. Google Cloud India, too, has been ramping up its business. It has garnered customers across a spectrum of companies and verticals, from large established corporations such as Bharti Airtel, India’s second biggest wireless provider, to up-and-coming startups such as Bengaluru’s Ather Energy, which makes connected electric scooters.

And because Google’s services are synonymous with scale, enterprise customers know they can trust the company’s solutions, says Karan Bajwa, managing director, Google Cloud India. Google’s cloud platform is the basis for nine of its services— such as Gmail and YouTube—that have over 1 billion users each. They run on Google Cloud, and that gives credibility to the platform. Google now wants to take that capability to enterprise customers in a much bigger way than before. “The platform maturity is something that is very well established. The question is, how do we make it successful for enterprise customers?” Bajwa says. “And that’s where we are out to build what I would call a world-class enterprise selling team.”

The company has been investing on two fronts in India. One has been in people, building a top-tier leadership and technical team, and the second in partnerships with companies that can help sell and expand the reach of Google Cloud solutions. “We’ve been hiring great talent and putting them in front of customers, and there are investments happening across the world,” adds Bajwa.

Anil Bhansali, who came from Microsoft about four months ago, for instance, is tasked with leading Google’s engineering work as vice president, and heads the company’s India Development Centre. One of its main goals is to build an R&D centre in India over the next few years, he says.

This will help implement a three-pronged effort: One, build expertise to help accelerate the development of Google’s global products; two, help Google’s global customers with their operations in India and the region, and to help accelerate their adoption of the Google Cloud Platform; and third, “being here in the region gives us unique visibility into newer patterns that are emerging [here]… some of which can be replicated and taken to become global products”, says Bhansali.

Related to this, Google Cloud will also expand its relationships with India’s academia and developers, which is the second largest in the world. “We will look at how we can excite them towards the Google platform, help build their competencies, engage with independent services providers, startups and so on,” he adds.

Bhansali says that over the next couple of years, more than 70 to 75 percent of enterprises worldwide will be adopting a cloud strategy in one form or the other—it could be a multi-cloud approach or a hybrid-cloud option. In this new world, enterprises wouldn’t be interested in spending time and effort in managing their infrastructure or operational efficiencies. They would much rather focus on being more data-driven, on what matters to them for their businesses, and manage their costs.

This ties in with what Google is trying to do with its cloud platform. “Our goal is to accelerate every organisation’s ability to transform through data-powered innovation with the best infrastructure, the best platforms and the best industry solutions. We are bringing all the expertise and experience we have gained over the years in building large services back into Google Cloud,” Bhansali says. Google currently has a data centre region in Mumbai, and in March the company announced it will be opening a second one, in Delhi.

Valluri’s experience will help Google Cloud’s charter to enable companies solve their most complex business and technology challenges. It will also deepen customer engagement, expand on strategic partnerships, and deliver advanced solutions to help companies accelerate data-led innovation. Valluri came from NetApp, where he was president of India & SAARC operations.

Agarwal leads a team of engineers and consultants to help Indian organisations with data-powered innovation. He will provide impetus to the technology, architecture, and solution selling teams. His expertise will help customers accelerate their digital transformation journey with the cloud. He comes from Oracle, where he spent 18 years.