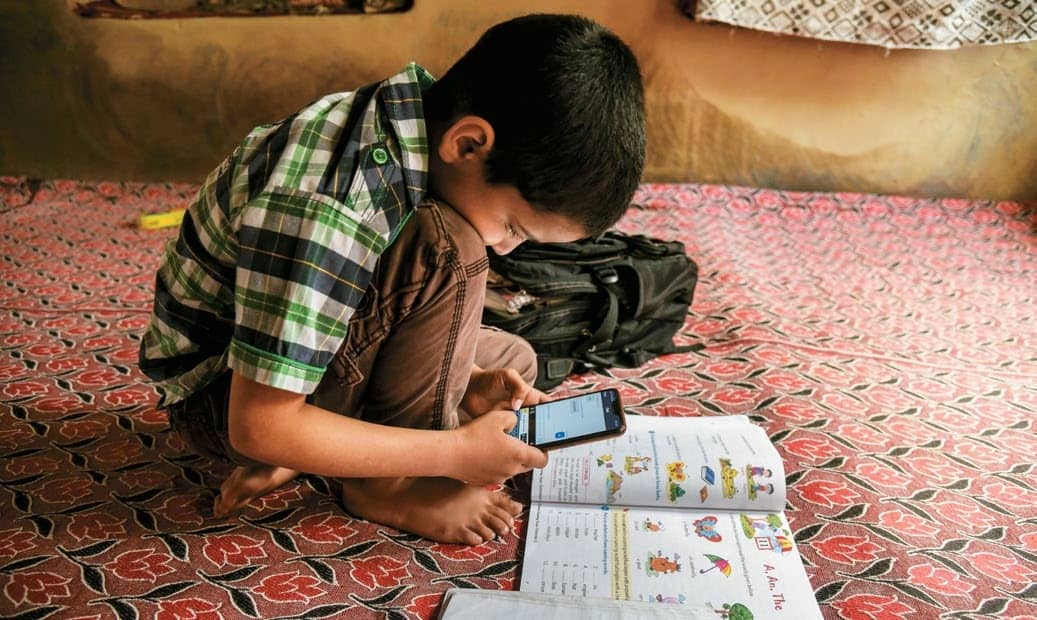 Pandemic lockdowns have boosted India’s edtech startups, and the wealth of their founders. But can they keep up the momentum once the crisis ebbs?

Tanushree Nagori recalls a conversation she had with one of her users—a teenage girl from a small village near Saharanpur in northern Uttar Pradesh. Her father, a paddy farmer, had scrambled together funds to make their first eCommerce purchase, a smartphone so that she could study online and not interrupt her education when the coronavirus crisis set in. “The majority of our users are children of farmers, laborers, vegetable and fruits vendors, cooks, and hawkers. For them, education provides an escape velocity. It puts them in a different orbit altogether,” says Nagori, co-founder of Doubtnut, an app that lets users upload pictures of their math-related queries, and receive step-by-step video solutions within moments. It’s backed by marquee investors, including China’s Tencent, Sequoia India and the Omidyar Network.

Talk of Doubtnut being acquired by Byju’s has been doing the rounds for months now. The Bengaluru-based online learning giant is reportedly in late-stage talks to snap up the startup—it had $23,000 in revenue in FY19—for $100 million. The value of the rumored, all-cash deal proves just how hot the tech sector is at present. Byju’s itself has had a bountiful year: It has seen 25 million new free users on its platform since March when the lockdown was announced; the total number of users are now 70 million—of which 4.5 million are paying subscribers—which is almost 30 percent of India’s 250 million school-going children.

Investors have poured in around $1 billion dollars in the startup this year, catapulting Byju’s valuation from $7.8 billion in January when it raised $200 million from Tiger Global to around $11 billion in June when it raised $300 million, led by Bond Capital, a venture firm founded by Mary Meeker, who’s known for her bets on Facebook, Uber, and Airbnb.

“The pandemic has brought online learning to the forefront, making it an integral part of mainstream learning,” says Byju Raveendran, founder, and CEO, Byju’s. The 39-year old eponymous founder along with his wife Divya Gokulnath, 34, who runs the company with him, are the youngest billionaires to feature on the 2020 Forbes India Rich List, with an estimated net worth of $3.05 billion.

Unacademy and Vedantu are the other front-runners in the funding race. The former turned unicorn after a SoftBank-led $150 million infusion this September, while Vedantu raised $100 million in Series D funding led by US-based Coatue and Shanghai’s GGV Capital at a $600 million valuation.

Other startups in K-12 as well as the post-K-12 segment have also attracted funding, including Toppr, Class plus, and Eruditus. In all, more than $1.7 billion in funding has flowed into India’s tech sector in the first nine months of 2020, a 4x jump from the $409 million that was invested in the whole of 2019, according to Venture Intelligence.