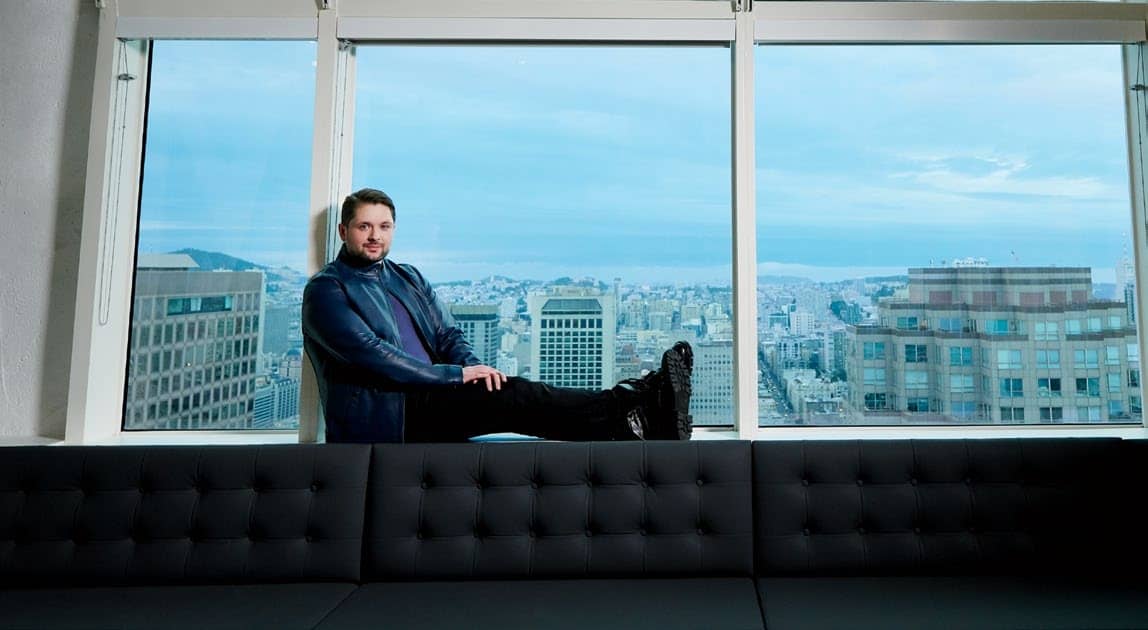 Peter Szulczewski’s Wish was the world’s most downloaded shopping app last year. Its ultra-cheap wares make Walmart look like Bergdorf, but his 90 million users can’t afford to care—and their impulse purchases have added up to a $1.4 billion fortune for Szulczewski.

On a sun-filled San Francisco afternoon, Peter Szulczewski is climbing the stairs to the top of a Sansome Street skyscraper, past floors filled with Wish data scientists and engineers, pool tables and DJ equipment. Large windows give way to a stunning view of the city. But most of Szulczewski’s customers don’t work in offices like this or live in Northern California coastal enclaves. In fact, most of them don’t have much money at all. Wish’s customers are typically working-class Americans from places like the Florida Panhandle or East Texas, Dollar Store shoppers who find Amazon Prime’s $120 annual membership too rich for their blood.

“Forty-one percent of US households don’t have $400 worth of liquidity,” Szulczewski says, referring to the Fed’s latest estimate. He says customers of his ultra-bargain shopping site have their credit cards declined most often right before payday, rattling off statistics as he easily mounts another flight of stairs, his legs conditioned by decades of weight lifting (he says it helps him relax). The 37-year old Polish-born former Google engineer is obsessed with ordinary folks’ finances and has used that obsession to tailor an e-commerce marketplace just for them, filled with no-name merchandise shipped directly from Chinese merchants.

Wish was the most downloaded shopping app worldwide in 2018 and is now the third-biggest e-commerce marketplace in the US by sales. Globally, some 90 million people use it at least once a month. Taking a 15 percent cut of their purchases, Wish doubled its revenue last year, to $1.9 billion. As of its last fundraising round, it was valued at more than $8.7 billion, and Szulczewski’s 18 percent stake makes him a billionaire. (His co-founder, Danny Zhang, owns just 4.2 percent.) Szulczewski says investors should expect an IPO in the next year or two.

Wish is hardly the first e-commerce app to track every customer click— Amazon built a $200 billion annual sales colossus on precisely this sort of data. And Wish is competing with both Alibaba’s AliExpress and Amazon in offering shoppers a never-ending stream of Chinese-made items from third-party sellers. But while Amazon keeps adding features like streaming video and two-hour delivery to yoke customers to its Prime membership service, Szulczewski (pronounced sull-CHESS-key) doesn’t worry much about quick delivery or quality. Wish sweaters cost $2 plus $2 shipping, Apple Watch knockoffs go for $9 (plus $3 shipping) and Android smartphones list for $27. Products can take weeks to arrive. Shoppers scroll through an average 600 to 700 items, hypnotised by a pixelated parade of weird and wacky products that scratches the same visual itch as an Instagram feed. Around 80 percent of Wish’s first-time customers will return to buy a second time.

Shipping is cheap thanks in part to an agreement between China Post and the US Postal Service that allows goods that weigh 4.4 pounds or less to be shipped at low rates. About 15 percent of Wish’s shipments qualify. It can now be cheaper to ship a package from Beijing to New York than from South Carolina to New York. That’s important because many Chinese merchants can’t afford to use big shipping companies like FedEx or DHL or store their goods in out-of-the-way warehouses as they might with Amazon, says Zhang, who’s based in Shanghai.

Wish is losing about $190 million annually, but it claims it could be profitable if it stopped spending so much on marketing. It has run big campaigns on Pandora and Snapchat, and it’s one of the biggest advertisers on Facebook. In 2017 Wish signed a three-year, $30 million deal to sponsor the NBA’s Los Angeles Lakers, who are popular in China. Los Angeles is also one of Wish’s biggest metropolitan markets by revenue.

Given the competitive landscape, it’s probably money well spent. Mark Zuckerberg recently talked of making it easier to sell stuff on Instagram, meaning Facebook could become a competitor. Amazon’s third-party marketplace accounts for half of all the products it sells (by volume, but not revenue), up from 30 percent a decade ago. Taking dead aim at Wish, Amazon recently launched a “Bargain Finds” section. Meanwhile, in his efforts to throw heat at China, Donald Trump could upend the deal that makes shipping for some Wish merchants so cheap.