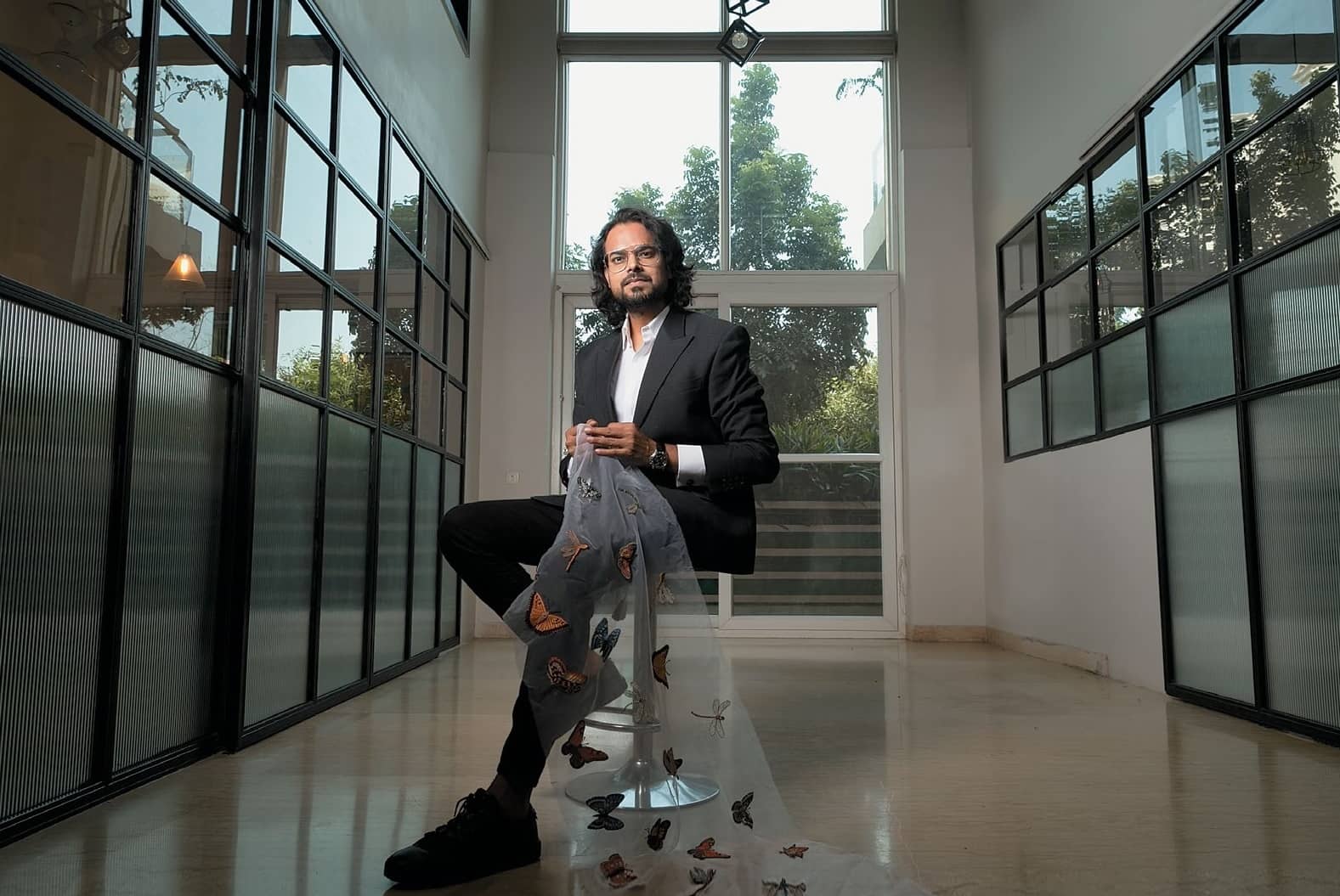 Just like the radiant brides from our favourite rom-com movies, Natasha Gaur wanted all eyes to be on her during her wedding in Mumbai. Preparations started four months in advance, and finding the right trousseau was a crucial part of the plan. The Covid-19 outbreak, however, put the brakes on the London resident’s intentions of combing through boutiques in India on an elaborate wedding shopping spree. Instead, Gaur (name changed) found herself having four-hour-long Zoom video calls with Rahul Mishra, the couturier she had chosen to design her outfit for the big day, tentatively scheduled in early December.

While she missed trying out outfits at the boutique, the 30-year-old was excited about taking the process online, which she found to be unique. Mishra had an idea about what exactly Gaur wanted, so the online appointments were focussed, productive and well-coordinated. “Rahul and his team made me feel so comfortable over the Zoom call. It was interesting, because we weren’t relying on anything visually in front of us in the store, and had to use our creativity and dive into the archives to make something special,” she recalls.

The leaders of India’s high-powered luxury fashion world, like many entrepreneurs across industries, have also turned to the digital ecosystem for a revenue-generation plan that would help them adapt to the changing realities of doing business during a pandemic. Covid-19 has been a leveller in the sense that it has also resulted in shows—the exclusive, by-invite, high-profile events of the fashion calendar—going completely online. Labels of some of the country’s most-admired designers are now sporting an e-store avatar, even as boutiques re-open. 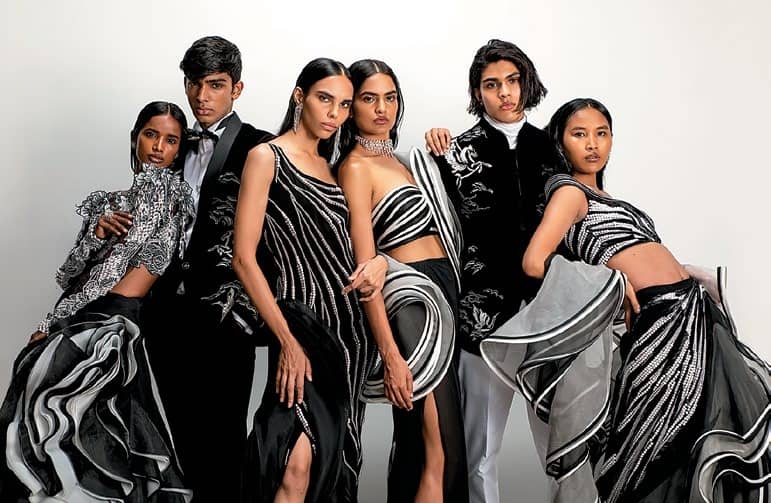 So, as par for the course, Delhi-based Mishra has been conducting his client meetings virtually. “I constantly felt disconnected from the time when I could be in the store, with the team, and have a physical proximity with garments. But I’ve had several thrilling virtual experiences with clients that continue to remind me of why I love what I do,” says Mishra, who launched his online store in July. The 40-year-old designer says that a digital presence was in the works for two years and the pandemic just turned out to be the definitive push that allowed him the time and headspace to think about what it will take to dive into e-commerce.

“The response, since day one, has been positive. The website was launched alongside our Couture Fall 2020 collection, ‘Butterfly People’, which was showcased at the Paris Haute Couture online that was also streamed live on our website. The global reach has been vast and we’ve been able to cater to a wide international market, alongside our existing clientele,” says Mishra, who has two flagship boutiques in India.

For luxury fashion labels like Mishra’s, the experience of an online platform comes with its own set of complexities. Couture is custom made keeping in mind the smallest details and preferences of the client, most of whom still prefer human interaction to online checkouts. “While we observe significant traffic on the website, many of those queries still get directed to WhatsApp or the flagship stores. Just vaguely quantifying, over 50 percent queries are contributed by our online platform but only 20 percent of total sales actually materialise on the portal,” adds Mishra.

According to a 2019 report by Deloitte India and the Retail Association of India, e-commerce retail in the country will touch $84 billion in 2021, up from $24 billion in 2017. But most Indian designers and boutiques hadn’t built strong online strategies until the pandemic. Designer Gaurav Gupta, known for his sculptural designs, launched his website only in September. It’s only been a month, but the Delhi-based designer is satisfied with the response received from across the globe. 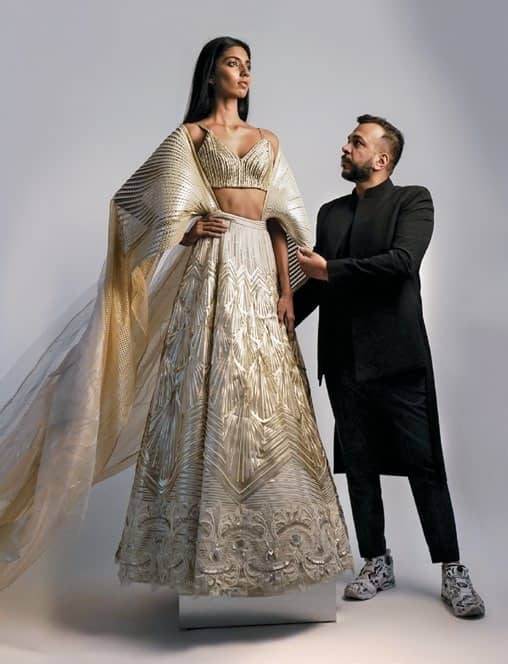