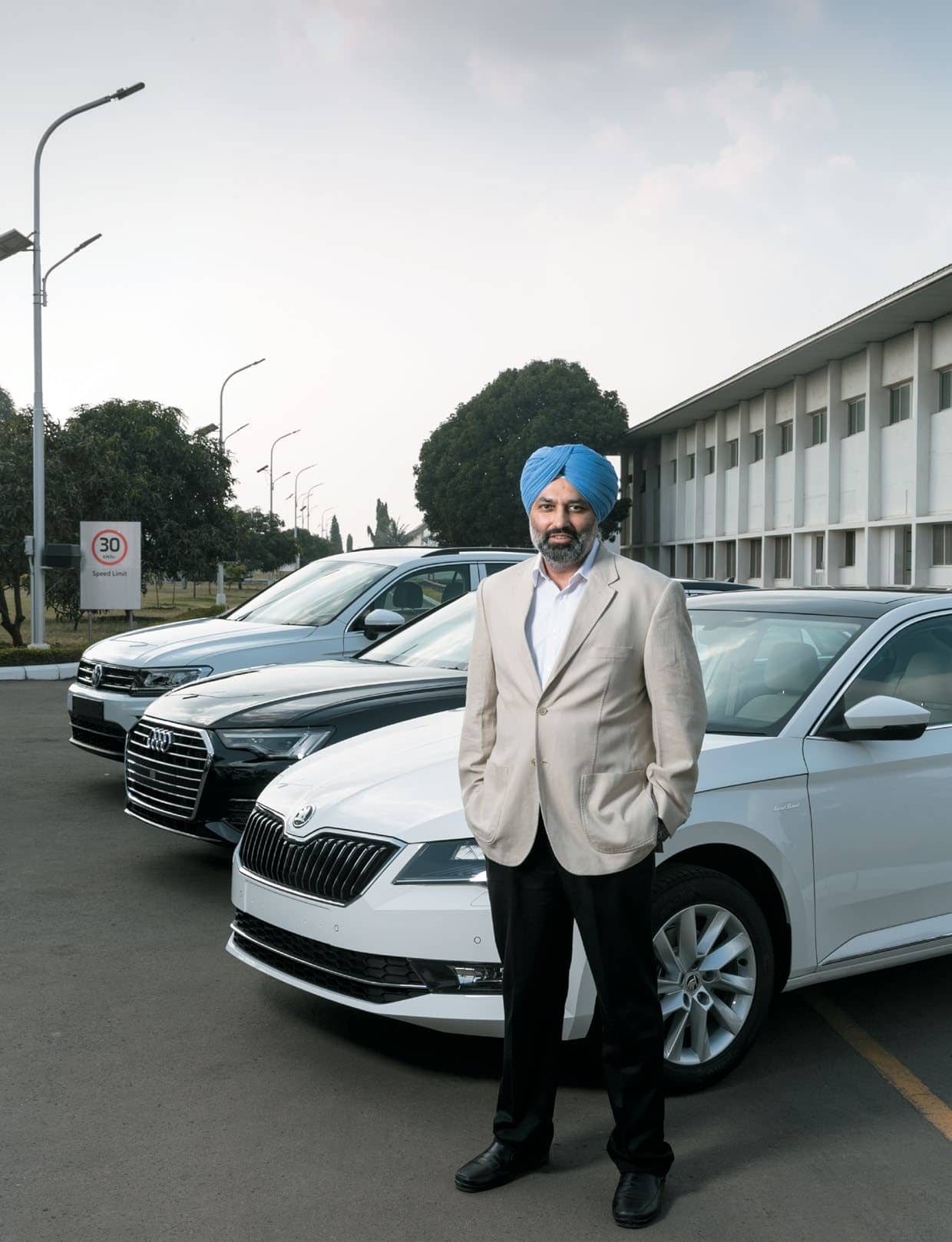 Gurpratap Boparai certainly knows the importance of planning well. He often spends a few weeks every year riding across India on his Triumph Thruston R and in the last few weeks of December, the managing director of Skoda Auto Volkswagen India (SAVI) rode from Mumbai to Wayanad in Kerala, a distance of more than 2,000 km over 10 days. Certainly, that could not have been done without a detailed plan in hand.

It is perhaps this attention to detail the engineer-turned-business executive is banking on to resurrect the fortunes of the world’s largest carmaker, the Volkswagen Group, in India. A veteran of the Tata Group, Boparai, 50, is known for the phenomenal success of SUV maker Jeep, when as the head of FCA India Automobiles (Fiat) he played a crucial role in bettering localisation levels and ensuring seamless production of the Compass model. At SAVI, Boparai has several challenges in the year ahead.

The Volkswagen Group—makers of Skoda, Volkswagen, Audi, Lamborghini, and Porsche—has struggled in India, particularly against Korean and Indian carmakers, in gaining a sizeable presence for more than a decade. Having begun operations in 2001 through its subsidiary Skoda Auto India, the Wolfsburg-headquartered company is yet to replicate its global success in India, the world’s fifth-largest automobile market. In 2018, the Volkswagen Group sold nearly 11 million vehicles globally; in India it didn’t even cross 100,000. With a combined market share of 2 percent, Volkswagen’s fortunes are in stark contrast to Hyundai Motors, which began operations in India four years before Skoda’s entry and has emerged as the country’s second-largest carmaker, cornering a little over 18 percent of the market.

“It is no secret that we have struggled so far,” says Boparai, who was roped in from Fiat in 2018. “The market share is not in line with what we expected. As a group we want it to grow to 5 percent by 2025.”

To do that, Boparai and the Group have devised a new three-pronged strategy, code-named India 2.0: It will merge different units to create an umbrella organisation and increase dealer networks; it has developed a new platform, MQB A0-IN, on which to launch four new vehicles, starting 2021; Skoda, the Volkswagen Group’s Czech subsidiary, has been handed the mandate to lead India operations, in line with a global strategy where one Group subsidiary drives strategy and sales in a specific region. “The idea was to reboot our approach to India,” says Boparai.

“The real difference in their India 2.0 strategy is that it essentially combines all their efforts,” says Vinay Pipasarnia, global consulting director at Counterpoint Research and former executive director at Ford Motors India. “Individually all their companies have been very small, but when you put them together, they have a wholesome presence in various categories. The most important thing for them is to keep costs down, and hence the pivot towards newer models. When you are chasing together, there will be lesser duplication of efforts and more experience.”

Since its launch in India, the Group was simply not able to woo mass customers. Although Skoda Octavia, Volkswagen Polo and Vento did manage to ignite consumer interest, they could never match more popular models from Maruti Suzuki or Hyundai, which boast cheaper vehicles and better service networks.

Skoda launched the popular Octavia in 2001 in India, followed by the successful hatchback Fabia and SUV Yeti. But the company didn’t localise productions and chose to import Completely Knocked Down units. The arrival of Volkswagen in 2007 allowed the Group to manufacture the Polo, Vento and Rapid within the country.