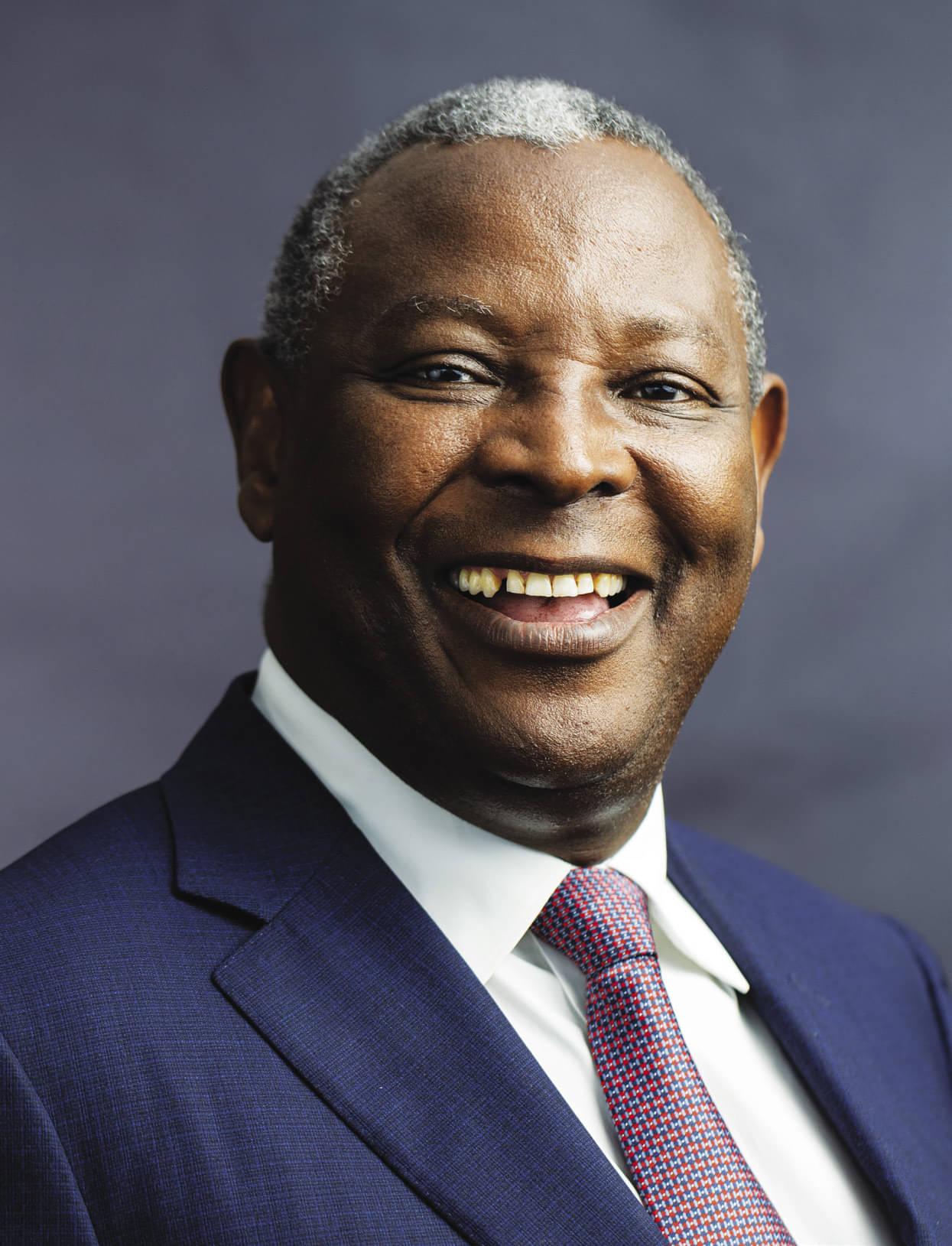 In 1993, Dr James mwangi walked away from a promising career at one of Kenya’s largest banks, to join the equity building society. Three decades on, few could have predicted his entrepreneurial leadership would work to transform not just equity but the financial services of the region. Forbes Africa meets the man behind East Africa’s billion-dollar banking empire.

Marie Shabaya
DR James Mwangi, Managing Director and CEO of Kenya’s Equity Group, is a captivating figure. His trademark smile and down-to-earth demeanour set him apart from the traditional banker. But Mwangi isn’t your run-of-the-mill chief executive. His journey to the C-suite has been fuelled by sheer resolve, belligerent bravado, and an uncanny concern for his customers.

It’s hard to believe that the force behind East Africa’s pioneering billion-dollar banking brand grew up in circumstances far removed in rural Nyagatugu, a tiny village flanking the Aberdare mountains in central Kenya.

“I am a product of my upbringing [and] it has [had] a significant influence on how I see things today... [but] my village of Nyagatugu was not enough to say that I conquered Africa,” declares Mwangi from his office at Equity’s corporate headquarters in Upperhill, Nairobi’s swanky business district, in an interview with FORBES AFRICA in July.

The banker describes his childhood as humble, dignified but fraught with difficulty. Born in 1962 to peasant farmers, Mwangi’s parents had no formal education and lived apart from what he calls the ‘monetary society’. As a boy, he had never met anyone who owned a bank account or even fathomed being served by any of the country’s banks which, at the time, only catered to a privileged few.

“It was a simple life. As boys, we grazed cows and goats... we hunted wild animals like rabbits. Growing up, we didn’t know [if ] people were ‘well-off’ or [if ] people were ‘poor’, we were all equals. [As a community], we built houses together, tilled the land together, and even socialized together at village dances,” he reminisces.

While it may seem contradictory, it was this deeply communal atmosphere that inspired the business that Mwangi built.

Founded in 1984, Equity did not start its commercial life as a bank but as a mutual society trading as the Equity Building Society (EBS). Back then, as Kenya was forging a new national identity, most banks were hesitant to provide its vast population with even the most basic financial services. As an answer, indigenous building societies took root. However, while buffeted by good intention, these fledgling financial institutions were poorly run, leading many to ruin.

In the 1970s, while these societies were emerging, life’s challenges had already begun to shape the young Mwangi. Shortly after his birth, his family had suffered a major tragedy with the untimely death of his father. His mother, Grace Wairimu, was not only widowed but was left with seven children to raise on a meager income.

Never having gone to school herself, Mwangi’s mother, who was an anchor throughout his life, was adamant that all her children, including her daughters, would study; a controversial decision at the time. And she was not prepared to compromise.

To achieve this dream, Wairimu imposed a strict code of discipline in her household whilst encouraging an entrepreneurial fervor in her children. The family sold milk, tea, charcoal, and fruits to stay afloat. It was an important training ground for the young Mwangi.

“We were vending to eke out a living, to pay school fees, and to feed the family. My instinct for commerce [came] from [there]... I realized that there is no wealth without work! Entrepreneurship means folding up your sleeves and working. Profit is the reward,” he explains.

Nyagatugu was where Mwangi really cut his teeth in business. Then, owing to his academic talent, he had the opportunity to study the theory that governed his early entrepreneurial experiences, on scholarship, at the University of Nairobi several years later.

“Taking milk to the village restaurant or selling fruits to the village middleman, who would take them to [the market] in Nairobi, introduced me to the concept of ‘supply chains’. I realized that I was the ‘primary producer’ with my mother, the ‘middleman’ dealt with logistics, and then an ‘aggregator’, who was our face in the marketplace, played on volume and made more money than everyone else. The owner of the shop received [goods] from the ‘aggregator’ and sold them to ‘consumers’, through the ‘brand’ of his shop. I [finally] understood how the value created [in the supply chain] was shared.”

After university, Mwangi began his career as an auditor with Ernst & Young in Nairobi. Four years later, he moved to the now-defunct Trade Bank Group. Then an innovative financial services firm, founded in 1985, it quickly gained prominence as Kenya’s first attempt at mass-market banking.

Over a brief career at the bank, he climbed the ranks from teller to Group Financial Controller.