Tanzania Is Ahead Of Schedule 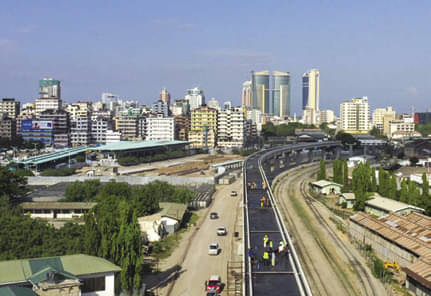 I congratulate all my compatriots on this historic achievement. We had envisaged to achieve this status by 2025 but with strong determination, this has been possible in 2020. God bless Tanzania.”

Since 2015, the Tanzanian Fifth Phase Government, under reform-minded President Dr John Pombe Magufuli, has set an ambitious industrialisation agenda in pursuit of the goals articulated in its National Development Vision 2025. To achieve that, and in addition to focusing on industrial products, President Magufuli has emphasised the need for attracting foreign investments into the country to drive economic development while implementing the Vision 2025 to become a middle-income nation.

Despite the COVID-19 pandemic, Tanzania has achieved its middle-income vision five years ahead of schedule. Tanzania achieved the status, with a GNI per capita of US$1,080 up from an average of US$622 in the previous administration. “I congratulate all my compatriots on this historic achievement. We had envisaged to achieve this status by 2025 but with strong determination, this has been possible in 2020. God bless Tanzania,” Dr Magufuli posted on Twitter when the World Bank had just announced the new status for Tanzania on 1st July, 2020. This development was markedly celebrated by authorities, patriots and the common citizens, an outpour of joy from its ambitious population following years of strong focus on delivery, hard work and determination.

According to the World Bank, Tanzania was among seven countries that moved to a higher category, the lower middle-income level, from the least developed category, demonstrating a definite step forward in the national development process. In five years, Magufuli doubled the national GDP twice to TZS 124.0 trillion (about US$60 billion), up from an average of TZS 52.4 trillion (US$25 billion) attained between 2005 and 2015.

MIDDLE-INCOME STATUS HAS ITS BENEFITS

As a coastal economy bordering eight countries, six of which are nearly or completely land-locked, Tanzania is well situated to become a regional economic and transit hub. The country is endowed with rich renewable and non-renewable resources that can power not only its own economic transformation but that of its neighbours as well.

Tanzania’s transition into a lower middle-income status also boosts its credit worthiness, which will ultimately benefit a nation with such ambitious growth plans. The nation’s task ahead is to continue translating that middle-income status into the realities of the lives of the people, something President Magufuli is already doing by focusing on people-centred initiatives such as health, education, water and infrastructure reforms.