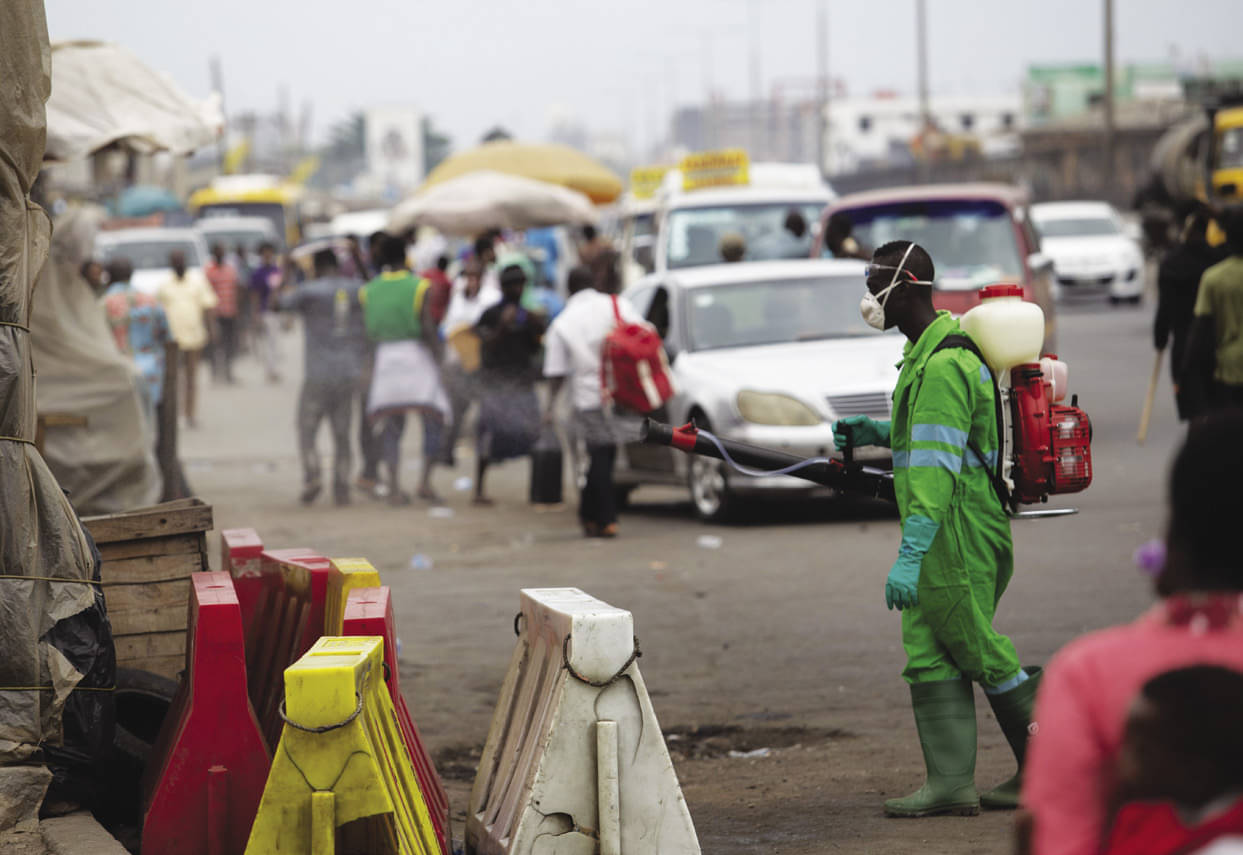 Ghana and Nigeria brace for the economic nightmare ahead, even as the region’s billionaires, entrepreneurs and innovators chip in for the fight against Covid-19.

The Labadi Beach Hotel, set amidst landscaped tropical gardens in the heart of Accra, is unusually quiet on the Tuesday morning FORBES AFRICA visits in mid-March. The usual bustle of the morning breakfast buffet frequented by the city’s elite has all but disappeared, and in its place, an air of uncertainty about the future of one of Accra’s longest-running hotels, at least in the interim.

You cannnot enter without going through the new mandatory protocols in place: hand-sanitizers, individual temperature screenings and metal detectors.

“Unfortunately, we are no longer accepting outside guests and the hotel will be closing until further notice,” says the bartender. The usually-packed lobby has only two in-house guests already scheduled to leave the hotel.

Ghana’s thriving hospitality industry was one of the first victims of the outbreak of the Covid-19 pandemic, once President Nana Akufo-Addo banned mass gatherings and ordered the closure of airports. Hotels in the Greater Accra region closed down, sending thousands of workers home, and leaving management to contend with the challenge of paying salaries and taxes sans customers.

It’s in stark contrast to 2019, when Ghana’s international PR campaign, The Year of Return 2019, brought in an additional 237,000 visitors representing an estimated $1.9 billion into the economy, according to Barbara Oteng Gyasi, Ghana’s Minister of Tourism. Most of the money was spent on the hospitality sector with the average spend per tourist estimated to be around $2,590.

And now, with the slow demise of the hospitality sector, a host of ancillary services are also feeling the pinch. Rashad McCrorey is the founder of Africa Cross Culture, a travel company that helps African-Americans reconnect to their roots by visiting countries on the African continent. He was one of those seduced by Ghana’s call to reconnect with the continent on the 400th anniversary of slaves landing in the United States, and so he arrived in Ghana with the goal of promoting his tourism business.

Ghana imposed a lockdown on movement in its two largest cities, Accra and Kumasi, from March 30, and effected a travel ban on people traveling from countries overseas with cases of Covid-19. In addition, the United States (US) State Department advised its citizens to return home immediately or face staying abroad for an indefinite period. “I was shocked. My initial thoughts were fear and panic. I was seeing all the development in the US, and New York has the highest amount of cases. The National Guard and US army had been deployed in the streets and my home was basically ground zero for the deadly virus,” says McCrorey.

After weighing his options, he made the decision to stay on in Ghana instead of returning home.

“At the time, ticket prices surged from $500 to about $6,000 and I was scared of exposing myself more to the virus. Also, going back meant that I risked spending the pre-paid money of my customers and that was also not ideal,” says McCrorey.

Gregory Lamptey, the founder of Black Cab, a logistics company providing transportation services to customers and businesses in Accra, is facing a similar conundrum. “Business has all but stopped since the lockdown in Ghana last week. I do not think we will be able to make it to the end of the year and I have had to start looking at other alternatives to make ends meet,” he rues.

In Ghana, there were 4,700 confirmed cases with 22 deaths as of May 12. Ghana has undertaken 160,501 tests since the outbreak as of this date, a figure the president lauded as the highest per million people than any other country in Africa.

But as elsewhere on the continent, it’s the workers in the informal sector that are most at risk.

“They face a very difficult choice: keep going to work and risk contracting or spreading the virus, or stay at home and risk their family starving,” observes Nana Kwame Bediako, the founder of Kwarleyz Group, an umbrella company which encompasses Wonda World Estates and Petronia City Development that has designed and developed over 500 residential and retail units in Ghana. The company is currently negotiating to pledge one of its premier properties, Number 1 Oxford Street, five-star luxury serviced apartments, as a quarantine location, isolation center, temporary hospital or safe place for nurses, doctors and other medical personnel should the need arise.