The Fruit for All Seasons 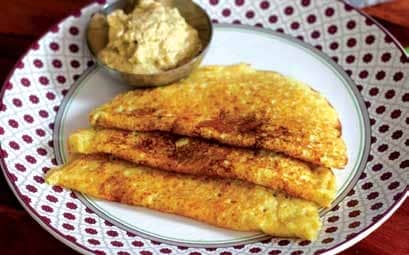 Banana is one of the most common edible fruits found and eaten by all and sundry, and it has amazingly wide applications for the food & beverage industry.

However, I wonder whether many among us know much about the myriad health benefits and other facets of this fruit, which in botanical terms is a berry. Bananas grow in clusters on the banana plant. According to Wikipedia, bananas are produced by several kinds of large herbaceous flowering plants in the genus Musa.

Bananas vary in size and firmness but are mostly elongated and curved in shape. Its outer skin or rind comes in yellow, green, red, and purple colours. Overly ripe bananas can also have brown colour skin. The inside of bananas or the flesh of the bananas is mostly white, and it is rich in starch. Some of the bananas have their inside in cream or pinkish colour too.

Past and the Present

Bananas were first domesticated in southeast Asia and Papua New Guinea. The history of banana cultivation dates back to 8000 BC that is since the dawn of human civilisation. Africa also has a long track of history of the usage of banana as does the Middle-east. Portuguese brought bananas from West Africa during the 16th century, and in turn introduced them to the Americas. During the 15th-16th centuries, Portuguese colonisers started banana plantations in Atlantic islands, West Africa and Brazil.

It is surprising that even as late as the mid-nineteenth century, the usage of bananas in Europe and in the US was not extensive, though the fruit was known in the continent and the US much before then.

Presently, banana is grown in more than 130 countries of the world. In terms of annual production and consumption, it is the second most popular fruit in the world, after tomatoes. India is the largest producer of bananas, followed by China. The Philippines, Ecuador and Brazil are among the other major producers of banana.