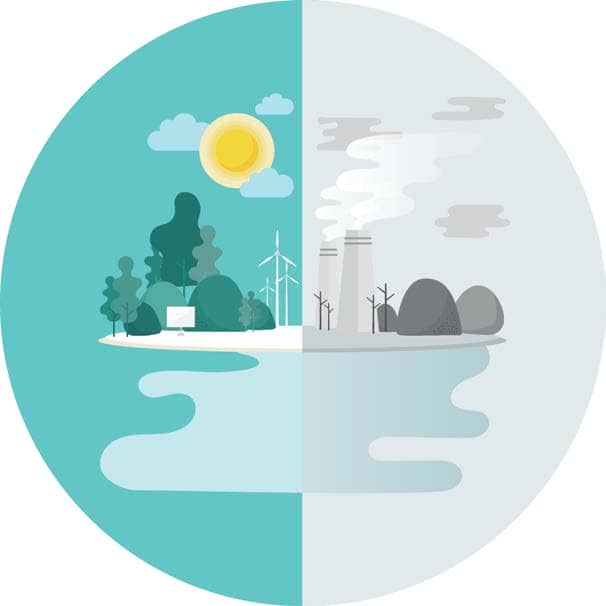 South Africa’s carbon tax bill comes into effect on 1 June. And while a commitment to reducing our carbon footprint is commendable, this law might not have the desired effect.

Mariam Isa
South Africa’s carbon tax bill has been nearly a decade in the making but still caught many South Africans by surprise when it was signed into law by President Cyril Ramaphosa on 26 May, in a clear indication that he is willing to forge ahead with unpopular economic reforms.

Critics have argued that the country cannot afford a tax on carbon emissions at a time when the economy is stuttering, unemployment is at a 15-year peak and business is already burdened by electricity prices that have nearly tripled in real terms in the past decade.

The tax, effective 1 June, is intended to compel companies and individuals to change their behaviour in order to support a transition to a less carbon-intensive economy, as evidence of climate change – and the threat which it poses to humanity as well as the global environment – mounts.

Supporters argue that the case is particularly compelling for South Africa as the country is the 14th-largest emitter of greenhouse gases in the world, and heavily reliant on fossil fuels. This makes it vulnerable to a global shift into investments that mitigate climate change risk and support low-carbon economies, industries and companies.

“The winners in the future will be the countries which decouple economic growth from carbon intensity,” says Jon Duncan, head of responsible investment at Old Mutual Investment Group.

“The risk for our economy is that we continue to invest in fossil fuel infrastructure which ultimately becomes stranded – we are not isolated, and we are dependent on what happens in the global economy. The carbon tax is an important and symbolic step in the right direction.”

As of November last year, 46 countries and 24 cities, states and provinces worldwide were using carbon pricing mechanisms. SA’s carbon tax was first mooted in 2010 and an initial draft bill was published in November 2015, in line with the country’s global commitment to help fight climate change.

But it has been revised and postponed several times since then, after extensive consultations with business and industry and the formulation of other climate change policies to accompany the legislation. The delays created false perceptions that the tax would not happen, and as a result, many companies are inadequately prepared to deal with the implications, says Kyle Mandy, head of National Tax Technical at PwC SA.