The Populist Threat To Growth 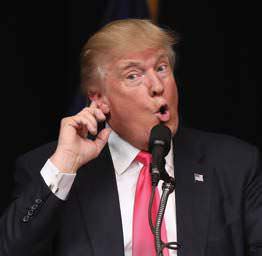 Populism is having an impact on global economies and markets, with implications that must be understood by investors.

Populism is an emotive topic on both sides of the political spectrum. It can embrace right- or left-wing beliefs, but what it always does is divide people into opposing sides – a virtuous “us” and an elitist or threatening “them”. Populist leaders seek to address the perceived wrongs inflicted on “us” with economic and social policies that will overturn an established norm.

Populists do not share the same agenda – some are business and market-friendly, while others are not. But, generally, they oppose globalisation and the free movement of goods, services and jobs; promote national interests at the expense of multinational organisations; and are against both immigration and foreign ownership of domestic assets.

Whether one embraces these views or not, there is no denying that support for populist political parties has exploded across the world, propelling leaders like President Donald Trump in the US, Rodrigo Duterte in the Philippines, and Jair Bolsonaro in Brazil to power in the last two years.

Populists are gaining ground in many European countries – notably Austria, Finland, Hungary and Poland, and were responsible for the Brexit vote in the UK. According to Bridgewater Associates, one of the world’s largest hedge funds, support for populism is the highest since the 1930s. Most believe that the trend has been fuelled by growing income inequality, and resentment triggered by the global financial crisis ten years ago.