The Changing Future Of Jobs 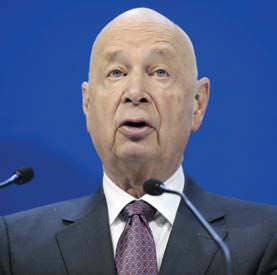 Over the next five years, both global and local job markets should expect a significant switch to technologies that will replace human employees. How we prepare for that shift will determine the impact on everyday South Africans.

A few months back a friend told me how he had recently discovered a new piece of software that, if implemented in his workplace, would make up to seven people immediately redundant. I could see that the realisation of his colleagues’ careers having flimsy futures due to a technological innovation, weighed on him.

“How long till my bosses found out about the software?” he asked rhetorically.

This is just an anecdote from a single workplace in Johannesburg, but it is one that represents a trend that all employees will be affected by in some way, over the next decade or so.

The question is not whether machines will replace humans in the workforce, but rather who is most likely to be impacted, and how soon it will start impacting on those careers.

A recent report by the World Economic Forum’s Centre for the New Economy and Society, titled Future of Jobs Report 2018 shows that this is a reality that South African workers really need to come to grips with.

According to the South African country profile included in the report, 96% of companies surveyed will be using big data analytics by 2022, while 90% will be using machine learning, and 81% will be using cloud computing.