Pioneering Prius Gets A Facelift 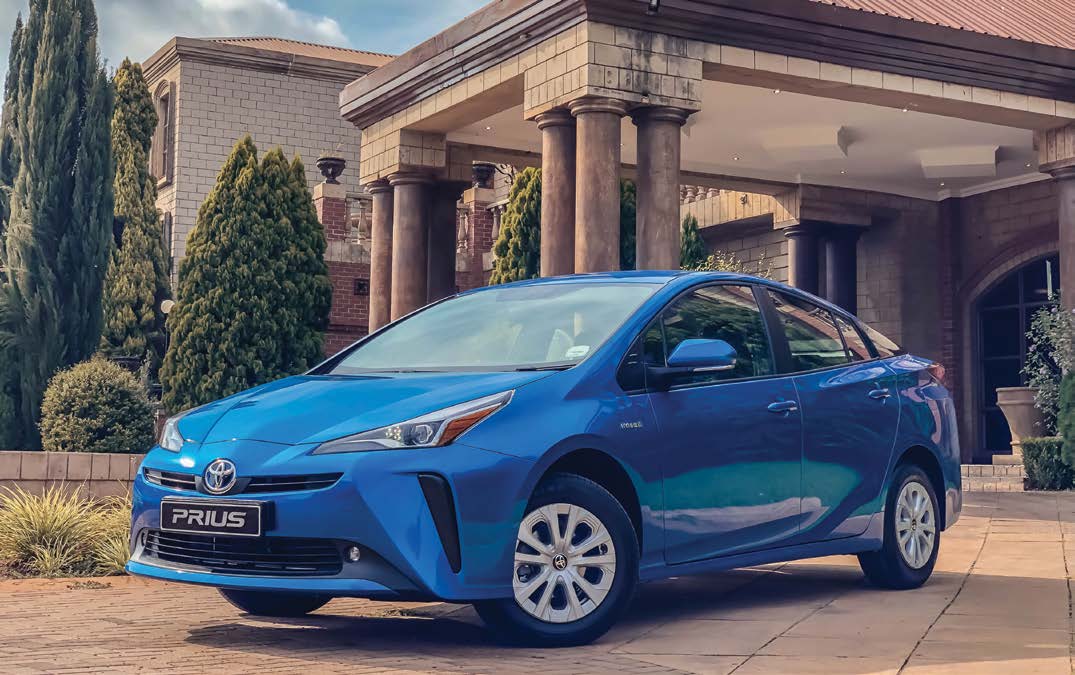 the Toyota Prius has gone under the knife. It is more flamboyant and somewhat unusual-looking, but its styling is now sharper and its futuristic interior has been toned down.

To fully appreciate the pioneering Toyota Prius, one has to understand its history. In 1997 the Japanese carmaker adopted a petrol and electric hybrid system, adding the ‘green’ four-door sedan Prius to its offerings. It was a time when the eco movement was beginning to find favour with consumers. And the Prius was a natural fit.

With its alternative drivetrain – a combination of electric motor that emits zero pollutants, and combustion engine to alleviate range anxiety and pep up performance – this hybrid was a pioneer of green motoring technology.

In 2005 the second-generation five-door version made its way to SA, followed some years later by the third edition, with the halo self-charging vehicle comprising 21% of all alternative drivetrain vehicles ever sold in the country.

Now the facelifted fourth generation is here. The refreshed Prius comes with updates to both exterior and interior. The five-door hatchback is bigger, roomier and more refined. And, as finweek discovered, still as eco-friendly.

Styling was less significant when the Prius had few eco-conscious rivals. Now that it has, it’s become a weightier issue.

Previous styling was a tad bland, but its new chiselled and unconventional form means that’s no longer the case. Now longer by 35mm, its restyled front and rear give this latest Prius a wider-looking stance. The face features sleeker new Bi-LED headlamps and LED foglamps and a revised lower intake, all of which accentuate a sharper aesthetic.

At the rear, the look is more horizontal, emphasising the car’s width. New LED tail lights mirror the shape of the headlights. And a quirky looking rear ‘spoiler’ forms the ceiling of the glass strip above the boot. It’s a feature that results in a split rear window and an unconventional-looking rump.