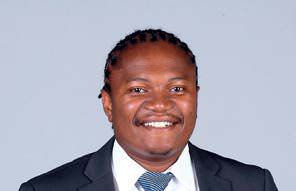 It is inevitable that South Africa has to start relying more on clean energy sources, but we also cannot just walk away from our massive coal deposits, and the thousands of jobs it supplies. So what is government to do?

I recently bumped into a childhood friend who told me that he is afraid of losing his job as a truck driver in the coal fields of Limpopo and Mpumalanga, as calls grow for the country to employ cleaner energy sources. A few days later, Greenpeace described some of those coal sites as some of the worst polluters in the world. The environmental activists claimed that Mpumalanga province was the world’s largest emitter of air-polluting nitrogen dioxide (NO2).

The dichotomy of these two positions illustrates the unenviable position in which government and industry find themselves as they try to navigate the concerns of all stakeholders. But there is a way out of this seemingly intractable predicament.

As a truck driver, my friend transports coal from mines in Mpumalanga and Limpopo to some of Eskom’s 12 power stations in Mpumalanga, where it is used as fuel to generate nearly 80% of SA’s electricity output. Since government started its renewable energy programme in 2011 to reduce our country’s reliance on the NO2-emitting coal-fired power stations, people who earn a living from coal mining and coal transportation have been fearing that they will lose their jobs and businesses due to the rise of renewable power as an alternative energy source to coal.

This frustration was brought to public attention in March last year, when about 2 000 coal transport workers marched to the Presidency in Pretoria to demand that government desist from signing 27 power purchasing agreements linked to bid window 4 of the Renewable Energy Independent Power Producer Procurement Programme (REIPPPP).