Business Model With A Heart 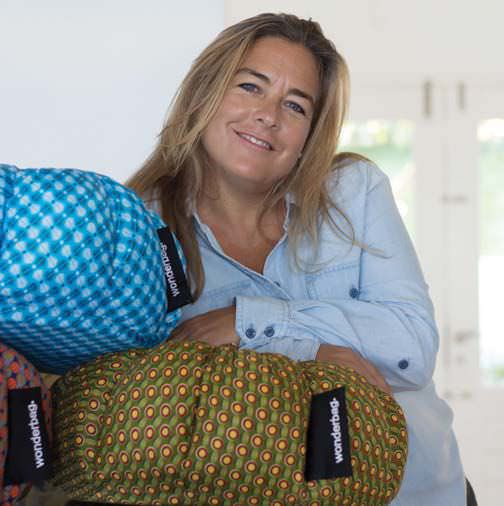 Wonderbag has revolutionised an old method of cooking to make money while creating a better future for all. And the world has taken notice.

What did you do before you started Wonderbag?

I worked in the realm of community-based tourism. We launched a horseback riding safari business, and a mobile and tented camp, known as Stanley’s Camp, in the Okavango Delta. Among other things, I have run for political office, set up my own NGO and helped local communities create thriving businesses.

When did you start Wonderbag and why?

The Wonderbag product was born ten years ago, out of a practical desire to continue cooking during a bout of Eskom load shedding, and to find an alternative to empower women in Africa who spend most of their time and money cooking. Inspiration for the solution was drawn from my grandmother, who used a box and two cushions to cook food. My intuition has always been that the Wonderbag was going to be a global game-changer, as was the Wonder Box in the 1970s.

What is a Wonderbag?

It is a heat-retention cooker, allowing food that has been brought to the boil by conventional methods to continue cooking for up to 12 hours without using any additional energy. Using a Wonderbag saves time, money, fuel, and reduces air pollution. It mitigates the risk of fire or danger of children burning themselves while cooking.

Where did you get start-up funding?

I mortgaged my house and took on a financial partner, which worked for a few years, but our intentions were not aligned and hence we split. My advice to prospective entrepreneurs, when it comes to start-up funding, is to try not to borrow money. If you do, use a formal and very well-thought-out strategy.

To what do you ascribe the success of the company?

The world has embraced the Wonderbag because of its environmental attributes and particularly its social contributions. For every bag sold, a contribution is made to the Wonderbag Foundation to help put more bags into the hands of those who live in poverty. The story of the Wonderbag has caught the imagination of the world at a time when people want to be part of a global solution.

Is Wonderbag a commercial business?

Yes, one based on a buy one, donate one model. For every retail Wonderbag bought, a donation is made to the Wonderbag Foundation to subsidise Wonderbags and host WonderFeasts in vulnerable communities around the world.

Our business model has been adapted many times. We started it based on carbon financing, whereby the saving on each bag reduces a tonne of carbon, allowing other businesses to offset their carbon and put the money back into development. Thereafter we made the move into retail. We’ve had to bridge many cultures and adopt different “go-to-market” strategies, as ours is an ever-evolving model and always will be.