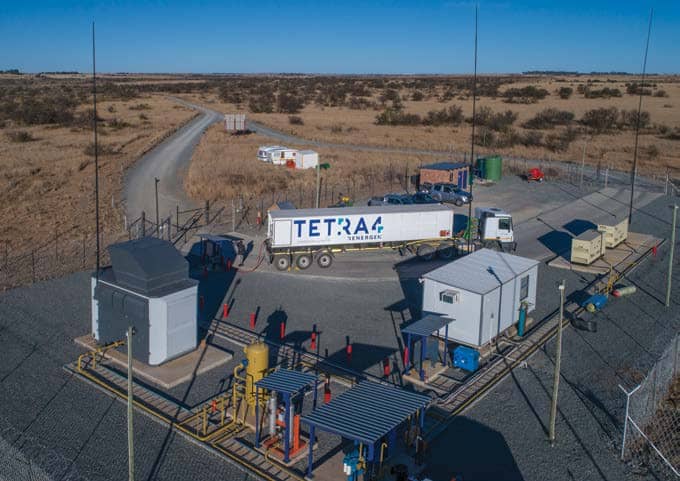 Shareholders of South African-listed alternative energy company, Renergen, recently approved a listing on the Sydney Stock Exchange. Management believes it will flourish in Australia, where there is more knowledge about the type of business Renergen is. CEO Stefano Marani talks about the company’s future.

One wonders if in the new configuration he’ll continue to share an office with his CEO, Stefano Marani: the two occupy facing desks, a few metres apart. For now, the floorplan aids the free flow of ideas, says Mitchell.

It’s easy to underestimate how entrepreneurs feel about the space they choose to work in. Where you work can have as much bearing on how you work. But it’s not the only ‘location addition’ coming Renergen’s way. Earlier in March, shareholders approved by a majority of 99.4% a listing of the company’s shares on the Sydney Stock Exchange where it may raise as much as R100m.

Marani is clearly animated on the subject of the firm’s Australia debut. As quoted in media previously, he considers the JSE to have been a disappointing setting for Renergen, on balance. In Australia, there are more companies of a similar market capitalisation, and a pool of capital and knowledge about the type of business Renergen is, and wants to be.

And then there’s Johannesburg: a pulsing beacon to some weighty multi-national capital in the industrial, mining and financial services sectors, but profoundly unsympathetic to the rhythm of the mid-cap heart.

According to Marani, investors prefer a share price “on the move” rather than the relative stasis of Renergen since its 2015 listing. Even if the fundraiser planned for Australia were carried out in Johannesburg – which is expected to increase the firm’s free-float to 10% (from its current 5%) – Marani wouldn’t expect the share to respond significantly; not even if the company were profit-making.

“Fund managers don’t like to see your share trade sideways. When you go out and you’re trying to access additional capital, what’s the value proposition? You’re going to put more money in and the share is going to trade sideways for longer,” he says.

“I’m actually of the firm opinion that even if we do go into positive profit-making territory, I don’t think that the share price will move anyway because people still don’t understand what we do.”

At this juncture, it’s necessary to state what Renergen is trying to do.