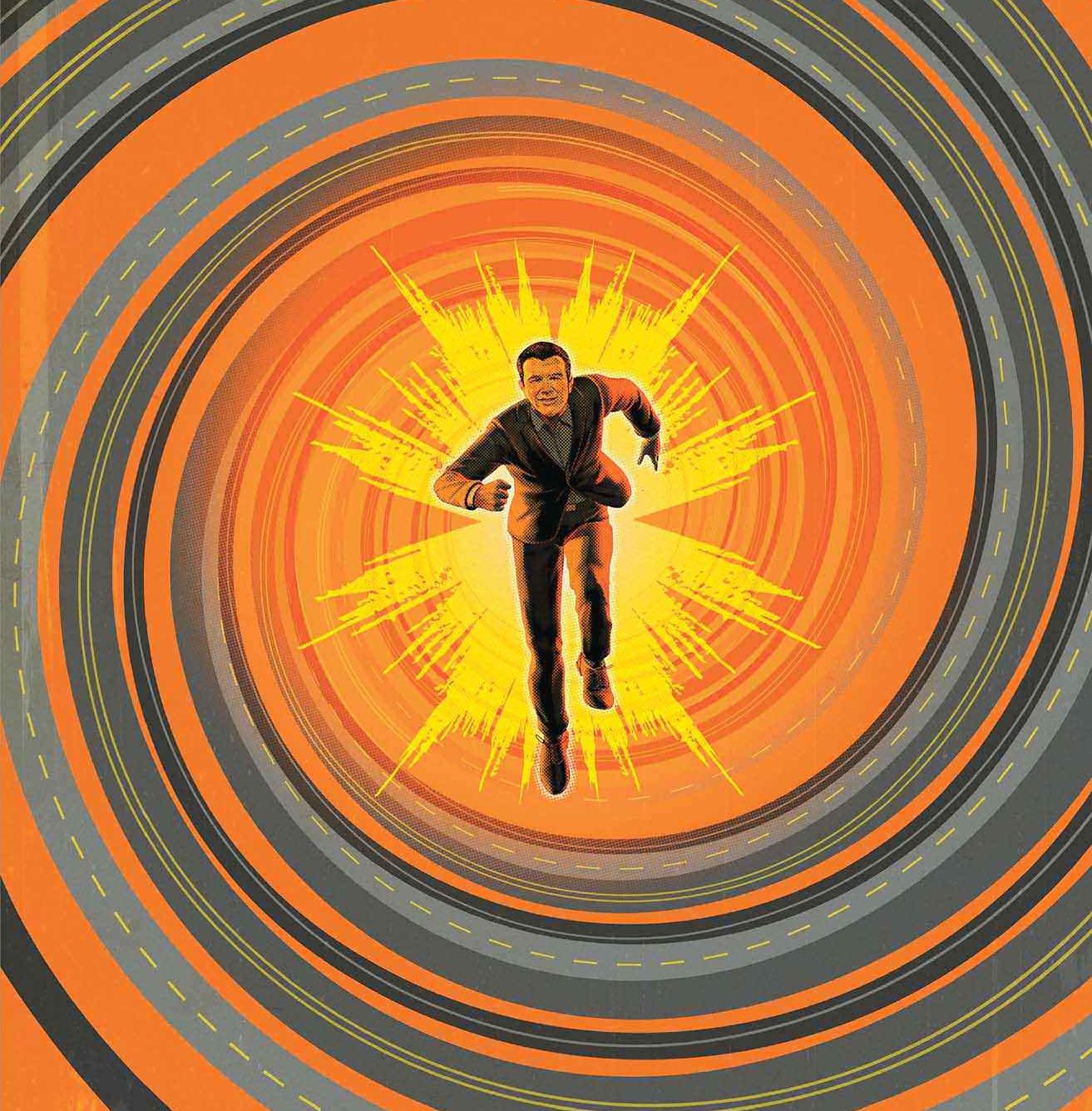 The transportation service has become a global brand, an economic force, and a cultural lightning rod. Here's how and why the architect of all this disruption, CEO Travis Kalanick, plans to keep on confounding expectations.

Jordan Kretchmer remembers what Travis Kalanick was like before Uber was Uber.

Kretchmer was a 25-year-old college drop-out with a lot of ideas, and Kalanick had even more. He was in his early thirties, an engineer who talked like a sales guy, smart as hell and high on life. He wore a cowboy hat and referred to himself as the Wolf, after the cold-blooded, coolly rational fixer played by Harvey Keitel in Pulp Fiction. He was tireless—always on the move, always thirsty.

They met in 2009 at South by Southwest and bonded at an all-night “jam session” about the future of the Internet. That night in Austin was a sort of satellite version of the ’round-the-clock ideas salon Kalanick routinely held at his three-bedroom house in San Francisco. These gatherings were full of young people like Kretchmer who had come up through the wreckage of the first dotcom bust, before jobs in tech were thrown around like free T-shirts at a launch party, before venture capitalists regularly talked about startups as if they were mythical creatures. They were entrepreneurs who knew about hustle, who saw opportunity even in the muck of a desperate economy and were going to take advantage. This is what drew them to Kalanick, and vice versa.

Although Kalanick had been a startup guy since high school, he was a grinder, not a mogul. He had made enough on his last one, RedSwoosh, to buy a house and do a bit of angel investing. Uber, the on-demand transportation app that he cofounded with Garrett Camp in 2009, was still more or less a toy, a personal limo service for the founders and their friends in San Francisco. When Camp, who’d recently bought back his old company StumbleUpon, asked Kalanick to run Uber full-time, Kalanick said no. Uber was “supercrazy freakin’ small,” Kalanick tells me when we meet in July, the first time he had given an in-depth interview this year. “I was not ready to get in the game and give 100% or 150%,” he says.

Back in those days, if Kalanick liked you, he’d invest in your company, and if he thought your idea was big enough, he’d show up at your office one or two days a week and work for free. Kretchmer hadn’t screwed up the courage to pitch Kalanick that night in Austin, but he met Kalanick later that year to pitch him ideas. The one he was most excited about was called Tweetbios, and it basically gave Twitter users an expanded home page.

Kretchmer pushed back. “It pissed me off,” he recalls. “I had users. It was growing. And I’d built the damn thing.”

Kretchmer stuck around the Jam Pad, as Kalanick and his crew referred to his home, where sometimes as many as 15 entrepreneurs at a time would debate business ideas as well as drink his beer, eat his food, play his Nintendo Wii, and stay the night if they wanted. Kretchmer spent the next three hours arguing with Kalanick until he’d settled on a Travis-approved big idea. Kretchmer went to work on the product,social media software for publishers and brands, and when Kalanick thought it had progressed enough, he made 45 introductions to other angel investors in less than a week and agreed to invest in the company himself. The startup, now called Livefyre, has customers such as News Corp and Coca-Cola and has raised $72 million in funding. “I got every ounce of value out of that relationship,” Kretchmer says. I heard something similar from Ade Olonoh, the founder of another Kalanick portfolio company. “I’d send Travis an email asking, ‘What do you think about this job posting?’ and he’d send a page or two back, completely rewritten,” Olonoh says. “I know him as somebody really smart and driven and hungry and also very generous.” 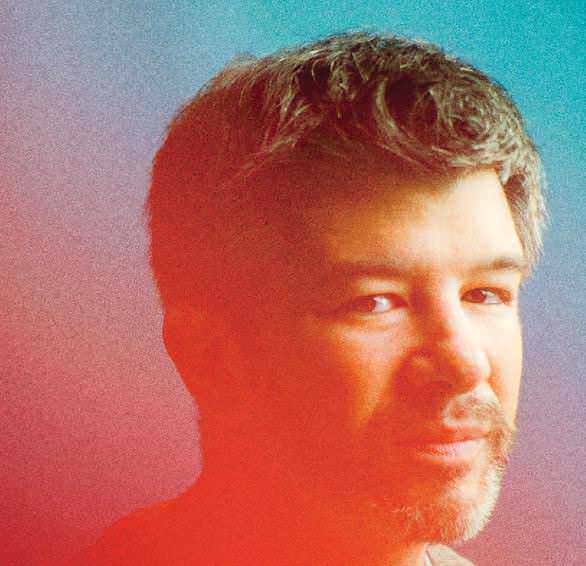 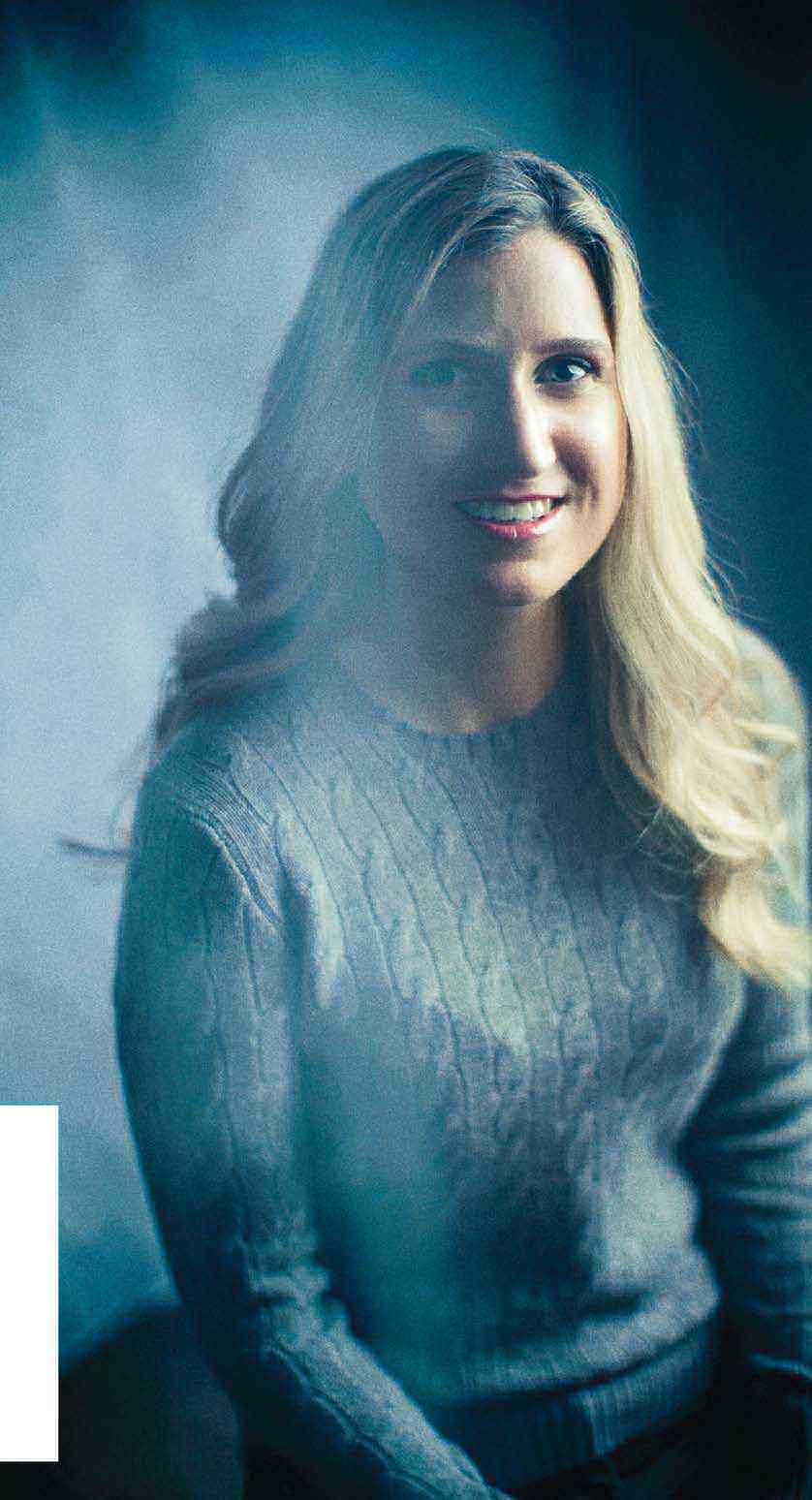 When I first started hearing these stories, I was surprised, mostly because they seemed at odds with the portrait of Travis Kalanick that has emerged since Uber launched in 2010. Peter Thiel, the Silicon Valley investor, has called Uber “the most ethically challenged company in Silicon Valley,” and the journalist and entrepreneur John Battelle has suggested that everyone in the tech industry is “worried about the sheer expression of capitalistic force that the company represents.” Those, it turns out, are some of the more circumspect critiques. The CEO of Uber has been routinely described as a callous and ruthless capitalist, the kind of guy who jacks up prices during natural disasters, who is so fond of brotastic aphorisms that Late Night’s Seth Meyers once joked, “Are you a man, or did they just spray Axe body spray into a suit until it became sentient?”

“The caricature you see of Travis does not come from a place that’s false,” Kretchmer says of his longtime friend. “He is an incredibly aggressive person.” But, he adds, as if to reconcile the caricature with the man, “he’s building one of the most important companies of all time.”

About that last point there is little room for debate. In five years, Uber, which dispatches low-cost taxis and limousines operated by independent drivers, is likely the fastest-growing startup in history. It has more than 1 million active drivers— meaning they did at least one trip in the past week—operating in 330 cities (as of mid-August) and a valuation of $51 billion, which is roughly equivalent to the market capitalization of General Motors. It is a global phenomenon that is redesigning urbanites’ relationship with the world around them, transforming their smartphones into control pads for their harried lives. Uber—the first company since Google with a service so popular that its name is in regular use as both a noun and a verb—has spawned an entire category of business known as the one-tap economy: Millions of people now routinely open an app to enlist a distributed workforce to deliver groceries, hot meals, and their clean laundry on demand.

But no other one-tap-economy company has changed society like Uber has. The availability of cheap and reliable transportation has helped spur a real estate surge in San Francisco and a nightlife boom in downtown Los Angeles while also (at least according to some studies) reducing drunk driving. Uber’s classification of its drivers as independent contractors has sparked a national conversation about the changing nature of employment and has made Uber a litmus test on jobs for the 2016 presidential candidates. Elsewhere, Uber has been seen as a stand-in for the excesses of global capitalism, prompting violent protests in Paris and Mexico City.

All of this influence has come at the price of Kalanick’s reputation. The 39-year-old has been presented in an almost cartoonish light, coming off as either a Randian Superman, a Snidely Whiplash–style mustache-twirling villain, or both. And yet Kalanick has wooed some of the most august financiers in the world to give him, essentially, a blank check. Key staff members from some of the world’s best-run organizations, including Facebook’s head of security, President Barack Obama’s campaign manager, and a good-size chunk of Carnegie Mellon’s driverless-car research division, have gone to work for him.

This service lets riders heading the same way share an Uber and save. CEO Travis Kalanick believes that UberPool “has the potential to be as affordable as taking a subway, or a bus, or other means of transportation.”

820 Metric tons of carbon dioxide saved from those shared rides

I spent five months interviewing dozens of Kalanick’s current and former associates—investors, employees, coworkers, friends—and, of course, the man himself, trying to square the Kalanick they know with the avatar for Silicon Valley disruption. Uber and Kalanick’s next-step plans are shocking to contemplate: conquering the world’s biggest and toughest-to-crack markets in India and China; transforming Uber from “everyone’s private driver” into a carpooling service; and then further reinventing itself—and how the world’s cities operate—by introducing a fleet of autonomous vehicles. If you want to get your head around Uber’s wild growth, and its even wilder potential, you have to get to know its wildly ambitious, ever-restless CEO.

If Uber is the apotheosis of the current technology boom, its roots date to the first dotcom frenzy, when Kalanick was an ambitious 21-year-old computer engineering student at the University of California, Los Angeles. In 1998, with a few months to go before graduation, he dropped out to join the founding team of Scour, a proto-Napster. Kalanick ran product, and because he was also the least geeky member of the group, his friends also put him in charge of business development and marketing. 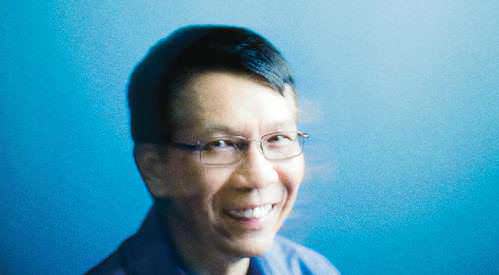 Kalanick, a natural salesman who sold knives door-to-door as a high school student one summer, helped bring in investment from Michael Ovitz, cofounder of the talent agency CAA, and Ron Burkle, the supermarket magnate. Ovitz, among the most feared Hollywood players at the time, gave Kalanick a crash course in hardball business tactics. Not only did he insist on an onerous 51% share of the startup for $4 million from him and Burkle, he sued Scour as a negotiating tactic when the company looked for other investors. “In some way, L.A. respects the young guy that’s out there just trying to make it happen, but in some ways,

they disrespect that too,” says Kalanick, who’d grown up middle class in Los Angeles’s San Fernando Valley, close enough to people like Ovitz to want what they had and also to hate them for it.

“[Kalanick] was seen as a prodigy,” says Angelo Sotira, another young entrepreneur who’d sold a company, DMusic, to Ovitz, and who became close with Kalanick. But being under Ovitz’s wing exposed Kalanick to the worst of late-1990s management wisdom. Executives at Ovitz’s companies would routinely hand out copies of Sun Tzu’s The Art of War, using the book and others like it to teach lessons. If people struggled, personally or professionally, Sotira recalls, they were told that it was because “you’re a Peter and not a Howard”—that is to say, a weak-willed conformist, like Peter Keating in Ayn Rand’s The Fountainhead, rather than its individualistic hero, Howard Roark. “You can imagine how fucked up that is,” says Sotira. “When you’re really young, you think that’s gospel.”

Scour grew to have millions of users largely because it offered movies as well as music, including bootleg copies of then-current theatrical releases Gladiator and The Perfect Storm. Inevitably, the company was served with a lawsuit from nearly every major record company and movie studio. The damages, $100,000 per file, added up to as much as $250 billion. It was, as Kalanick has noted, roughly equivalent to the GDP of Sweden.