The Comedian Is In 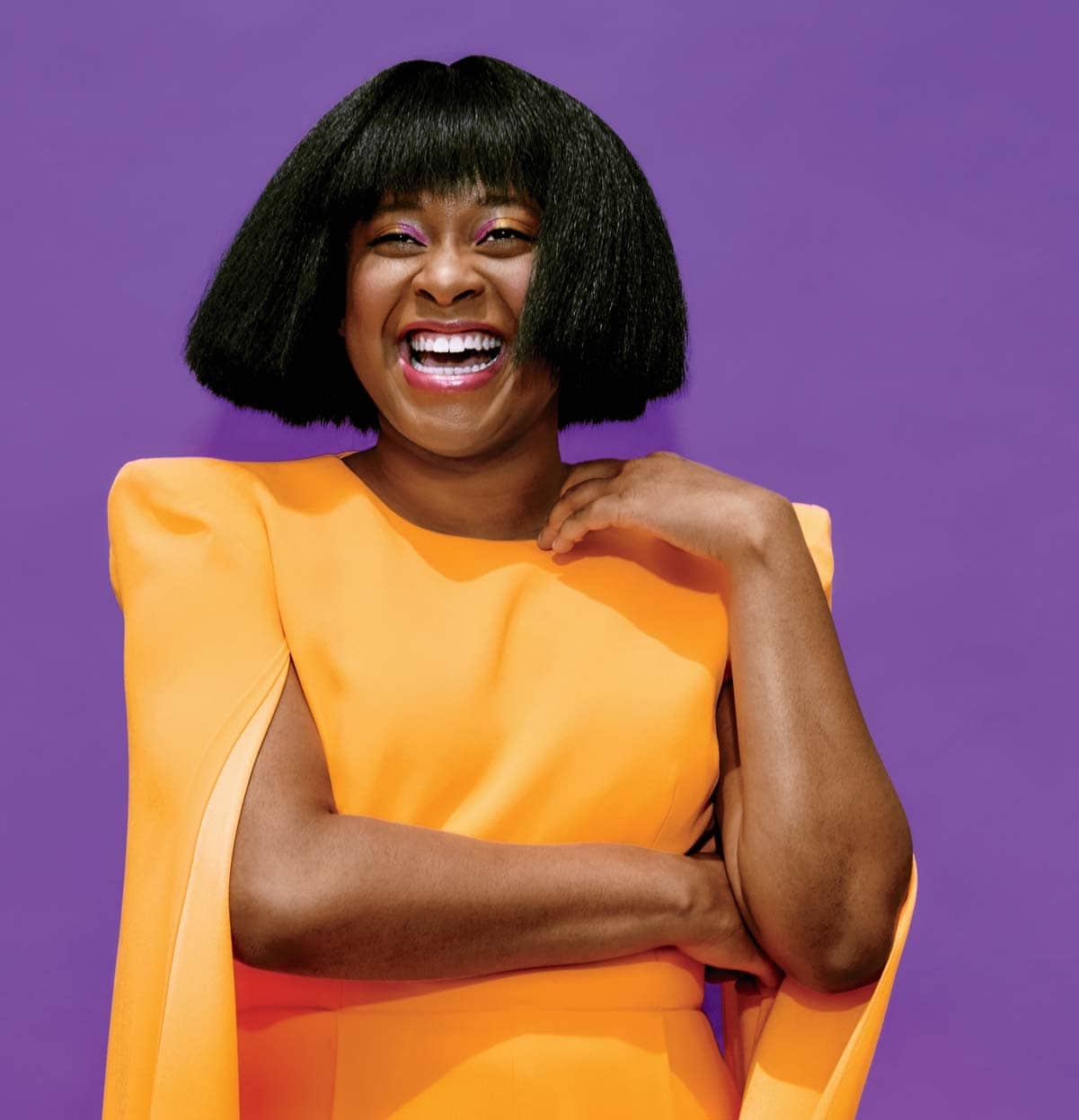 Dope Queen Phoebe Robinson is using her new platform to explore all sorts of hang-ups: her guests’, her industry’s, and even her own.

THE COMEDY BUSINESS, LIKE SO many others, has a diversity problem. Phoebe Robinson believes that the only way to fix it is to start at the beginning. The podcaster, author, and TV host, who got her start in stand-up before joining fellow comedian Jessica Williams to create the 2014 podcast 2 Dope Queens, is working to develop a fresh wave of talent via her new production company, Tiny Reparations, and a book imprint of the same name under Penguin Random House. Finding diverse writers and producers “is not going to work if you’re only looking for white guys named Scott!” she says. “No offense to all the Scotts out there.” Robinson recently debuted an advice podcast, Black Frasier (after the TV psychiatrist), and her new Comedy Central show, Doing the Most With Phoebe Robinson, airs next year.

How did you get into stand-up?

I was working at an indie film company in 2008. One of my friends was taking a stand-up class, at Carolines on Broadway, in Times Square, and I signed up. The first class was just going to watch a stand-up show. Seeing the energy of everyone laughing, and realizing, “Oh, Kevin Hart performed here!” was the coolest thing. I got laid off from the film job and took it as a sign from the universe to dive in. I would do shows at an Irish pub, or take the $10 bus to Boston to do a show and sleep on people’s couches.

I am seeing changes. I love seeing Bowen Yang on Saturday Night Live. I think about how [his casting] is going to make things easier for the next generation. A lot of people in comedy are defensive and act like they are on the outskirts of society. They think there should be this total freedom in being a comedian. And to me it’s like, yeah, there is freedom, but also, we all live on the same freaking planet. You can’t operate like you’re not tethered to the world the way the rest of us are.

In the wake of protests against police brutality targeting Black people, some networks have pulled episodes of TV shows, such as 30 Rock, where blackface was used. Do you think that’s the right thing to do?