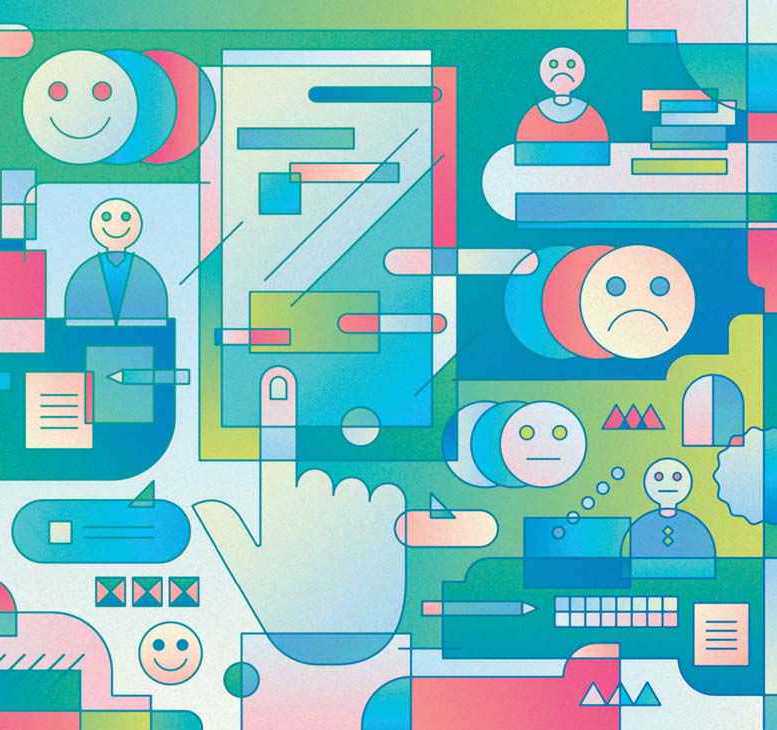 Startups are finding colorful ways to bring employee-engagement surveys into the smartphone age.

Bunny Inc., an online marketplace for voice-over actors and content creators, has more than 50 employees scattered among its offices in San Francisco and Bogotà, and work sites around the world. That can make it hard to gauge employee satisfaction, says cofounder and chief people officer Tania Zapata. “Working remotely with people can create issues in terms of cohesion,” she says.

So for quick daily check-ins, the company uses an app called Niko Niko that lets employees swipe their smartphone screens to indicate their overall mood or answer more specific questions. A touch-and-drag happiness meter and corresponding smiley (or frowny) face lets employees express how they’re feeling about everything from their relationship with their managers to the cleanliness of the offices. “You can act upon things that are not going very well faster than you would if you just wait for the person to say something,” says Zapata, citing Internet speed issues in the Bogotà office as an example. “Internet was not as reliable as [in San Francisco], but it has improved,” she says. “We probably haven’t gotten [a frown] in a while.”

Companies collectively spend about $720 million per year trying to measure and raise employee morale, according to a 2012 report by Bersin & Associates, and for good reason: Studies have long found that better-engaged workforces raise productivity, profit, employee retention, and even safety. They’re also healthier and happier. Yet a Gallup survey released in January estimated that fewer than one-third of U.S. workers were engaged in their jobs in 2014.