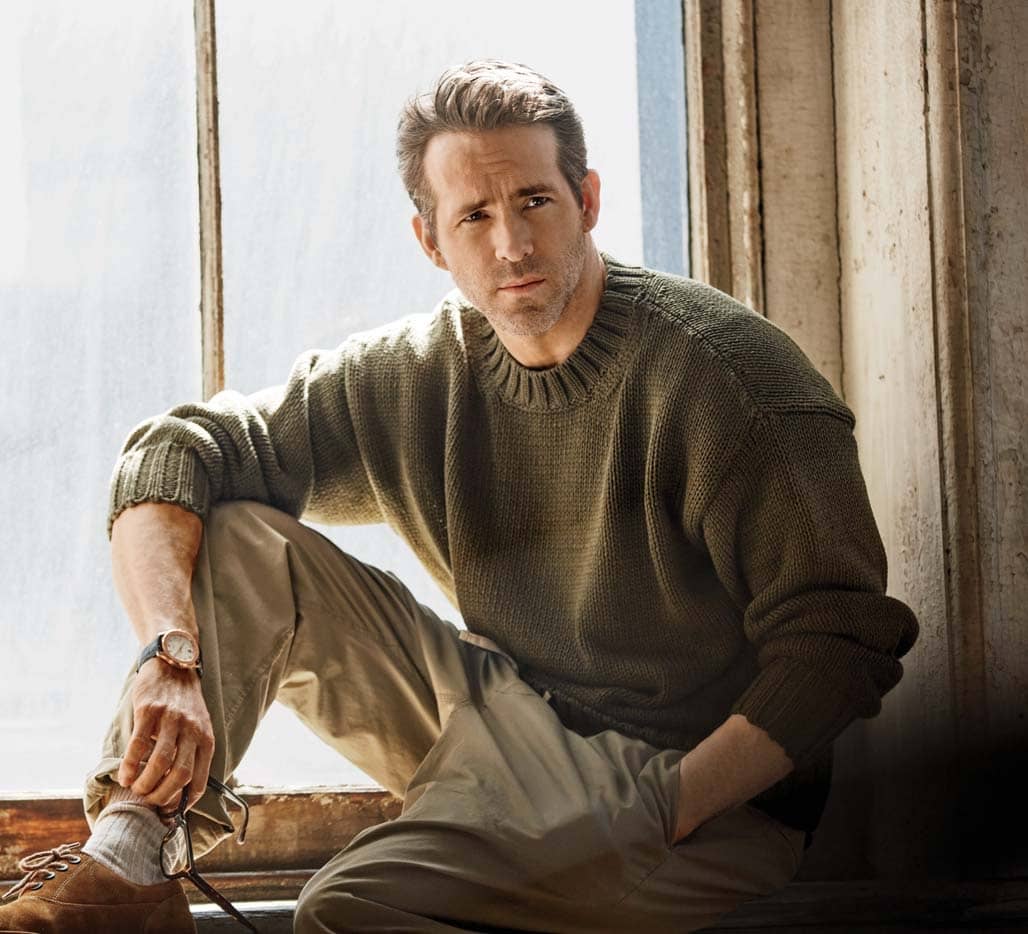 THE PHONE RANG. IT WAS RYAN REYNOLDS.

He had an idea. It was early December, and an ad for Peloton, in which a yuppieish husband buys one of the company’s $2,000 plus stationary bikes for his young wife, had just gone viral—though not in the way Peloton might have hoped.

Commentary homed in on the lead actress’s pained facial expression, surmising that “Peloton Girl,” as she was nicknamed, was being forced to exercise by her sadistic, thinness- obsessed partner. The ad was mocked for being sexist, out of touch, and even a full-on dystopian nightmare. As the furor peaked, on December 2, the company’s valuation dropped by a billion dollars, literally overnight.

At the center of all this, quietly freaking out, was the ad’s lead actress, Monica Ruiz. But then she received a call from one of the people on the planet best-suited to help her navigate this moment.

Reynolds had gotten her number from her agent. He asked if she’d reprise the role in an ad for a spirits company he owns, called Aviation Gin. “I just felt strongly that it would be a bit of digital judo, that she’d be taking this power back and repurposing it in a different way,” says Reynolds in early March, on an Atlanta soundstage. He’s wearing thick-framed glasses and drinking from a comically large refillable water bottle that he jokes “is so big, it’s impacted by the tides.”

Digital judo, it turns out, is one of Reynolds’s real-life superpowers. The 43-year-old, best known for starring in the splatter-candy Deadpool franchise, is also the co writer and producer of many of his own films, and— more notably—a marketing-obsessed idea machine with a roguish sensibility (twisted, meta, but never mean) and a knack for timing that makes him one of the social media age’s most reliable generators of buzz. Take a surreal ad for 2018’s Deadpool 2, in which the red-suited character, dressed as PBS icon Bob Ross, struggles to paint a bucolic scene using colors such as “Betty White.” Or his years-long feud with buddy Hugh Jackman, which they harnessed for a joint spot for Aviation and Jackman’s Laughing Man Coffee company; their attempt at reconciling racked up 8 million views.

But Reynolds does more than write witty copy. Over the past year, especially, he has been pioneering a new style of vertically integrated marketing. Not only does he hold a financial stake in what he’s selling, but he writes clearly and cleverly about it, and is able to share information directly to an audience of almost 36 million followers on Instagram and more than 16 million on Twitter. At a time when brands are desperate to communicate online that they’re just like us, Reynolds actually is just like us, only better looking and funnier. And in an era when traditional marketing rules no longer apply, Reynolds’s speed and candidness become a distinct advantage.

Last Super Bowl Sunday, for example, Reynolds crafted, and spent around $100,000 to place, a full-page ad in The New York Times for Mint Mobile (a low-cost cellphone provider he bought a stake in last year), which mocked the 30-second spots his competitors had purchased during the game for $5 million apiece: “We could literally give away over 300,000 months of free service and still save money. And that’s exactly what we’re going to do.” As Reynolds explains it, “There’s something fascinating to me about creating a piece of content that’s shareable and acknowledges quite nakedly that it’s an ad. And it’s certainly more honest.”