Nike - Design Company Of The Year 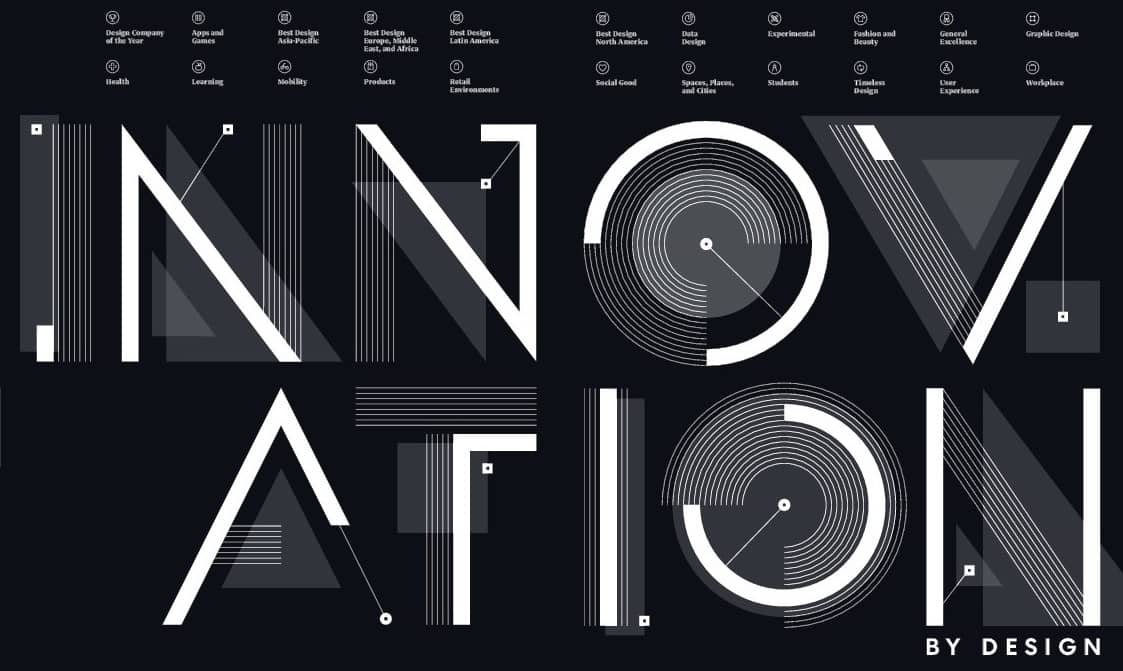 What Happens To Our Devices:

after we’re done with them? About 70% of the world’s discarded electronics are not recycled, and much of the waste is illegally shipped to developing countries, where poor workers—many of them children—mine the contraptions for precious metals under dangerous, unregulated conditions. Ore Streams, one of this year’s Innovation by Design (IBD) honorees, proposes a novel use for all those old phones and laptops: Turn them into office furniture, such as filing cabinets made of aluminum computer cases and chairs inlaid with mobile phone components that literally force people to sit with the consequences of their consumerism.

The project hints at an important new role for the design industry. Since the early days of the digital revolution, design has catered to users’ insatiable appetite for instant gratification. Sleek interfaces let us hail rides at the press of a button and summon cheap clothes to our doorsteps. But all that seamless, fast design has a cost. It hides from us the immense environmental toll of our everyday habits, turning us into great consumers of technology, but terrible stewards of the earth. If there’s one thing that this year’s top designs illustrate, it’s that the Jobsian quest to create one perfect “revolutionary” device has ended. Today’s most compelling design innovations tackle big, systemic problems—including how to dispose of products without damaging the planet.

Take Futurecraft Loop, Adidas’s first foray into the circular economy (a term for using resources in a closed-loop system to minimize waste) and the winner in IBD’s Fashion and Beauty category. After you buy and wear a pair of Adidas running shoes made from knitted TPU (a type of plastic), you send them back, and Adidas grinds them up and turns them into new shoes—a process that the material can undergo many times, according to the company. At the end of its life, the material may be turned into something else entirely, such as flooring or furniture. Adidas has done exactly that at its new MyArena building in Germany.

Futurecraft Loop is an experiment. It’s unclear whether Adidas, which currently manufactures 409 million pairs of shoes a year, will scale up the program. (One crucial issue the company hasn’t resolved is how to persuade consumers to take the time to return something they’re accustomed to tossing.) But Adidas is clearly aware that athletic shoes are typically composed of 30 different components and are notoriously difficult to recycle. And that the sneaker industry emits roughly 375 million tons of CO2 a year—the equivalent of letting 87 coal-fired power plants burn nonstop for a year. New design solutions are a moral imperative.

Designers in the consumer packaged goods industry also recognize this urgency. Loop (no relation to Futurecraft) is a platform that lets you order household goods such as toothpaste, laundry detergent, and ice cream in reusable containers, which you drop into a designated tote when you’re done; Loop then picks them up, sanitizes the containers, refills them, and sends them on to other customers. Loop doesn’t ask the user to give up the brands she loves—just to take a baby step toward reducing single-use packaging. Historically risk-averse CPG players, including Unilever and Procter & Gamble, have begun selling their products through Loop, signaling that even the most stalwart companies see value in systemic design change, regardless of whether it adds a bit of friction to their business and their customers’ lives.

Design alone won’t save the planet. It won’t make e-waste disappear, or improve recycling systems overnight, or eradicate the wild weather patterns that are now commonplace in the age of climate change. These are excruciatingly difficult problems that require deft handling by business leaders, policy makers, and academics—and a willingness among consumers to discard bad habits. Yet design can be a catalyst, urging us to look beyond our immediate wants and needs, helping us to embrace the complexity of doing less harm to the fragile world that sustains us. —Suzanne LaBarre 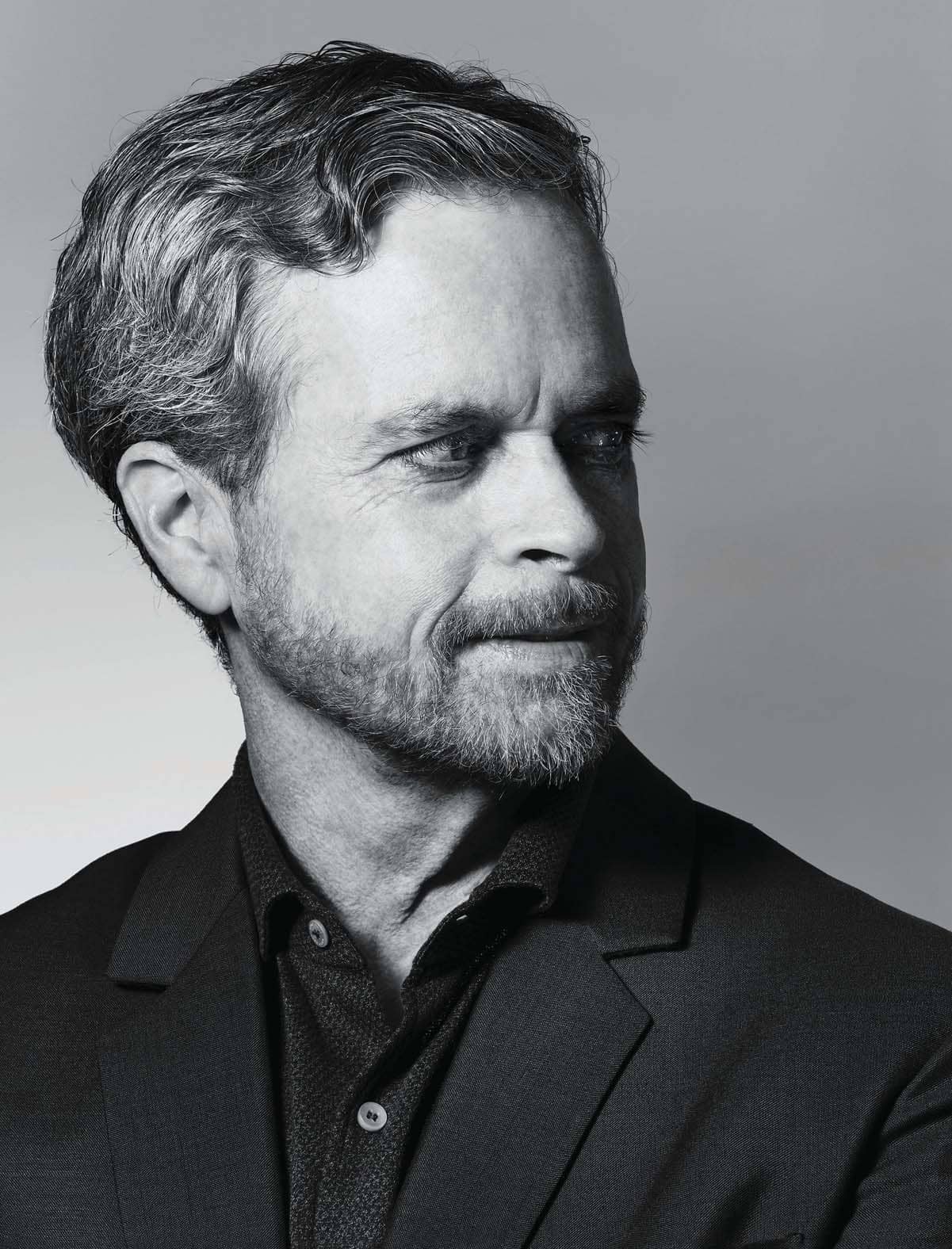 Nike: House of Innovation A deeper way to engage:

Cool-looking shoes garner most of the attention when it comes to sneaker innovation, but Nike has nabbed Fast Company’s 2019 Design Company of the Year award for something else: a savvy retail strategy that blends analog stores and digital platforms to drive its business forward. At Nike’s House of Innovation store in New York, mannequins are fitted with QR codes so phones can identify each item on display, and reservable lockers are stocked with new shoes in your size if you’ve ordered in advance. Last year, Nike invested more than $1 billion in new capabilities and consumer concepts. Today, 170 million people are part of Nike Plus—the digital loyalty program behind Nike’s retail and fitness apps. After admitting in 2018 that the shoe industry still lags behind most others in digital retail, Nike grew its digital business 35% in the last fiscal year and had its first billiondollar digital quarter this year. According to CEO Mark Parker, digital commerce will generate at least 30% of Nike’s revenue by 2023. Here, he tells Fast Company about the company’s evolving strategy for connecting with customers—and why this sometimes requires taking a stand in today’s increasingly partisan world.

What’s the biggest change you’ve seen in retail during your 13 years as Nike’s CEO? Retail has really become more of a two-way dialogue. Instead of just selling products, we’re actually interacting, communicating, gaining knowledge, and then using that to create even richer experiences. The speed at which we do that, it’s always been there on the product side. But we’re applying that to the whole consumer experience, whether it’s on mobile or in a large-scale showcase-format store like Nike House of Innovation.

How does something like Nike Fit, which is an app that scans your foot to size your shoe, sit within this retail model? Half the population is in footwear that is the wrong size. This scanning technology allows us to go right from measurements on the foot to an accurate sizing in the store. It’s those types of things that we’re trying to use to allow the consumer to spend more time with our experts in the store going deeper [than sizing], getting more information on the product, [enabling us to know] what they need and what we have to best meet those needs.

How would you describe the role of design at Nike? Design is an incredibly critical differentiator for any brand. I think you’ve got to move more quickly in terms of the innovation cycle, and it’s about presenting something that’s meaningful to people, relevant and unexpected. But our focus has always been on the athlete. What do they need to perform at the highest level? That drives a lot of the innovation at the company. And that innovation takes on different forms, different looks. The aesthetic, obviously, is very important, as well as the function. But we’ve tended [toward] function-based innovation that drives a new aesthetic. People may not be drawn to the function. They may be drawn to the aesthetic. But the aesthetic is based on function and performance. And I think that’s always been our touchstone.

It’s not just function driving Nike’s design, though. The women’s soccer kits that Nike recently designed for the World Cup seem like examples of design emanating from social awareness. Each team had a design that meant something to its members. The Australian team, for instance, had a jersey that almost looked spray-painted, as a nod to Melbourne’s graffiti culture in the ’90s. We’ve always drawn from a huge spectrum of sources for design inspiration. Certainly, when you’re designing a national team kit, you’re looking at the history and heritage of a nation. Those are incredible bits of inspiration. But we’re layering that on top of a fixation and obsession with fit, form, and function, and it’s also a part of the storytelling of the product. I think really good design speaks to you. It tells a story. We can obviously amplify that through communications and merchandising and how we display and think about product online, in store, and then certainly on the fields of play in competition. But as a designer, you’re always looking for relevant bits and pieces of inspiration that drive meaningful design and tell a compelling story.

Nike released an Air Max shoe featuring a 13-star colonial-era American flag that prompted criticism because the imagery had been co-opted by the alt-right. So you pulled it. How do you think about the social consequences of a product? [They’re] important, particularly in a world that’s become polarized in many ways, amplified by social media. It’s a more sensitive environment. So there are occasions when we’ve decided to pull our product and services from the market. The decision [regarding] that Air Max product was based on concerns that it could unintentionally offend and detract from the Fourth of July holiday. That’s the reason we pulled it, not to create a source of polarization. We make those decisions, sometimes. They’re rare, but it does happen. We’re trying not to offend.